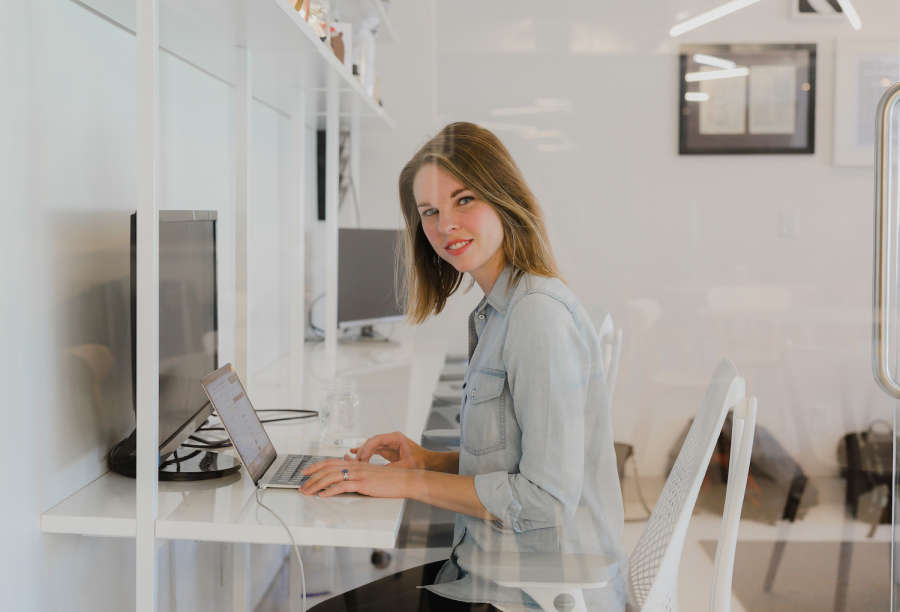 Juno College of Technology has launched a “Pay-What-You-Can” Income Share Agreement (ISA) program, aimed at offering students more flexibility to pay for tuition. According to the Toronto-based coding school, this is the world’s first ISA program of its kind.

“In the past, people had asked me, ‘are you ever going to go online,’ our answer was always no.”
– Heather Payne, Juno

The new offering also comes as Juno, formerly HackerYou, has moved on from a vision to create a live-in campus, selling its recently purchased 12-acre plot of land in the Kawartha Lakes region of Ontario.

In a recent interview with BetaKit, Juno CEO and founder Heather Payne explained the decision to launch a first of its kind ISA tuition model and the reason behind selling its new campus amid the current global pandemic.

Juno, like many Canadian coding schools, has been forced to move online amid social distancing. Juno has moved all courses, including Con-Ed and its Bootcamp, online and is offering coding classes for high school students as of April 20.

Payne noted that while about three students opted out of the bootcamp cohort that was forced to move online, she has been pleased with the transition. She explained that in early 2020 a member of Juno’s team had been “watching everything unfolding really carefully” and “alerted” Juno to start preparing for the current situation in early February.

“We had started making contingency plans in early February and made the call [to move online], at some point in February, that when the TDSB [Toronto District School Board] shut their doors, we would follow suit,” Payne said.

When asked if the decision to launch the pay-what-you-can ISA model was related to COVID-19, she told BetaKit, “it’s more about flexibility.”

Through the new ISA program, a certain number of students per Juno cohort will have the option to pay an upfront amount of their choosing and take an ISA for the remaining tuition. Previously, students either had to pay $1 down or the $12,000 tuition.

Juno adopted the ISA tuition model in April of last year, for its Web Development Immersive Bootcamp. It was the first in Canada to do so, with US-based coding schools such as Lambda School, App Academy, and General Assembly already using the model.

Students who choose an ISA pay a small amount upfront and once they graduate, and are earning a salary, pay back a percentage of their income for two years.

“As far as we know, this is the only time that ‘Pay-What-You-Can’ has ever been attempted.”

Some have criticized the ISA model, arguing that graduates could potentially pay more than double what they’d be paying without an ISA. Payne also noted that some of the controversy that comes out of US schools using ISAs is around selling them to investors.

“We don’t do that,” the Juno CEO said, noting that the school has a certain budget for its ISA and pays for them out of its own profits. “We are making a bet on our students … if they’re not getting a job or it takes them a long time to get a job, we simply don’t get paid.”

When Juno started the ISA program last year it had around $500,000 budgeted, for around 10 students per cohort. Now, in 2020, Juno has closer to $1 million, which Payne said could support around 20 to 30 given the pay-what-you-can model.

“As far as we know, this is the only time that ‘Pay-What-You-Can’ has ever been attempted in the world,” Payne told BetaKit. “We haven’t found any examples of anyone else doing this.”

The decision to launch the new tuition model comes as Canadian coding schools, like many businesses, have been affected by COVID-19. Lighthouse Labs was recently forced to lay off 14 employees, with other coding schools more drastically affected, such as Vancouver-based RED Academy, which shut down completely.

Payne told BetaKit that Juno made one pandemic-related layoff, letting go of an employee that had started shortly before the TDSB closure was announced. Juno currently sits at around 33 employees.

Jeremy Shaki, CEO and co-founder of Lighthouse Labs, explained to BetaKit recently that one of the biggest challenges faced by coding schools moving online is how their programs are received.

“We were so into in-person education we felt that it was the only way,” Payne told BetaKit in regards to Juno. “In the past, people had asked me, ‘are you ever going to go online,’ our answer was always no, we’re not going to do it online.”

“I’ve been honestly, really pleasantly surprised by how well it’s gone and how much our students are enjoying it,” Payne said. “It’ll be part of what we do from now on, for sure.”

The CEO added that the school’s upcoming cohort, which will be its first fully online, is sold out.

Despite COVID-19, Canadian coding schools are still taking action to support their students. Lighthouse launched a scholarship fund and both Lighthouse and Juno came together to advocate for private career college students to be included in the federal government’s COVID-19 student relief measures.

Juno has also been able to bring in some capital amid COVID-19 with the sale of its 12-acre campus.

Last summer, Payne announced that Juno had bought a campus in Kawartha Lakes region where it planned to house and train 2,000 students as part of its coding bootcamps. During a summer demo day for Y Combinator, which Juno had participated in, Payne also noted plans to build five campuses overall that would serve 20,000 students.

Juno closed on the sale of the land, which had formerly been a summer camp, in October. By January, the company decided to move on from the campus idea.

Payne explained to BetaKit that the idea had been a “pet project” of hers but after a final review from the company’s leadership team in January, they decided to lease the land – and eventually sell after an offer was presented.

“We came together as a leadership team and just reviewed the campus project again, and I made the decision that we needed to focus this year in 2020, rather than going even broader with our offering,” Payne said.

The CEO told BetaKit that the deal for the 12 acres is set to close April 30.

When asked if the decision to sell the was connected to the current pandemic, Payne emphasized that the plan had been in the works prior to the onset of COVID-19. Though, she acknowledged, given the crisis Juno was more willing to settle for the price it was offered rather than “hold out” for a better one.

Juno is also working to finish a half a million dollar renovation on its downtown Toronto location. The efforts were put on pause amid social distancing measures, but Payne told BetaKit Juno is looking forward to re-opening its in-person classes again once it is allowed to do so.