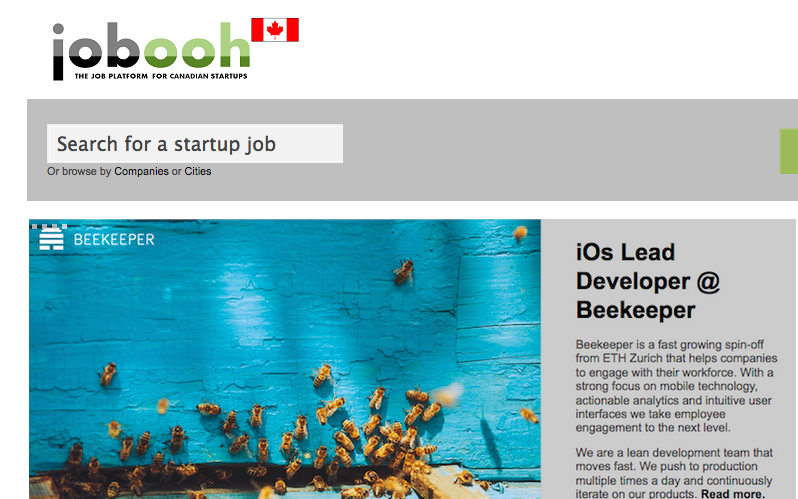 Geneva-based Jobooh, a free job platform for startups around the world, has expanded its website to Canada, displaying startup jobs up for grabs in the Great White North.

Currently present in fifty countries, Jobooh wants to close the gap between potential jobseekers and startups. Now it has launched a fully-functional site displaying dozens of jobs within Canada.

Some positions include trainer at Top Hat in Toronto, software developers at Procurify in Vancouver and a “customer success manager” at Trulioo in Vancouver.

Jobooh currently shows 369 jobs, with 158 of those in Toronto and 63 in Montreal as the top two most populous cities.

Jobooh was founded in 2011 as a job platform dedicated to startups from around the world. Startups can post jobs for free and job seekers can browse and send their applications directly to the employers.

The company’s mission is to “build the best job platform to find the most rewarding startups jobs and the best talent in the world.”