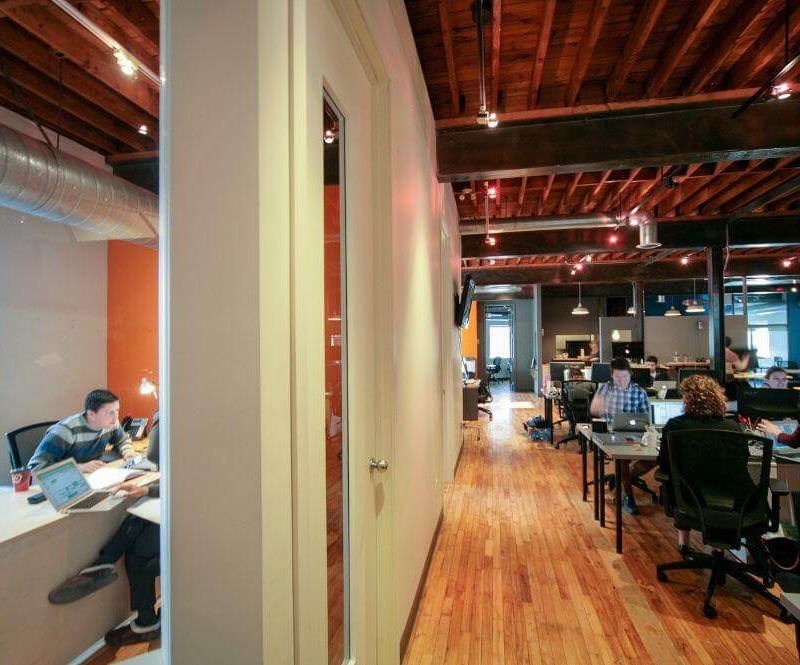 Influitive has laid off 10 percent of its workforce in a shift to move its customer advocacy community platform upmarket.

BetaKit has learned the layoff affected 12 employees across a number of divisions, including marketing and Influitive’s internationally-focused teams. This layoff accounts for about 10 percent of the company’s employees, which now sits at just over 100.

“We are moving upmarket and becoming more of a community player, going after some industry stalwarts in that space.”

Mark Organ, the co-founder and CEO of Influitive, attributed the cutbacks to a shift in the company’s strategy, moving from an advocacy community platform to the broader online community space, which he described as a much bigger market segment. As part of the transition, the almost 10-year-old startup now plans to target larger global organizations in need of community management across departments.

“That market segment is really attractive to us,” Organ said, “[Influitive] is really moving upmarket and becoming more of a community player and going after some industry stalwarts in that space, like Lithium, and Salesforce Community, and Higher Logic.”

Organ explained that the employee reduction is part of a move by Influitive to “extend its runway” as the company works to transition its focus and “[get] the go-to-market right.”

Earlier this month, Influitive secured $10 million USD in an equity and debt financing round led by Georgian Partners and Comerica Bank. Organ said at the time that the company was planning to “think bigger” after receiving feedback from customers and partners that its platform needed to be more encompassing.

“Only through listening to our own customers have we come to appreciate that we were focused too narrowly,” he said at the time. “We needed to think bigger to understand the impact that customers can have across nearly every function within an organization.”

“Only through listening to our own customers, have we come to appreciate that we were focused too narrowly.”

This is the third significant layoff for the Toronto-based company over the last three years, with a similar percentage of its staff. Almost a two-years-to-date, Influitive laid off nine employees, including its CFO and VP of marketing. In August 2016, Influitive laid off 13 percent of its staff. The company has reduced its workforce by approximately one third over the last three years, from over 150 to just over 100 now.

In each previous instance, Organ expressed to BetaKit that the decisions were made to “accelerate [Influitive]’s path to profitability” and “focus on sustainability.” Similarly, in 2017, the layoff decisions were made in order to significantly reduce the company’s burn rate and maintain a two-year runway.

This time is no different. Organ explained the 10 percent reduction in staff is a way for the company to “reduce its burn rate” and provide “several years of runway.” Organ also said that with the 2017 cutbacks, Influitive reduced its burn rate by half, and by another two-thirds with this most recent staffing cut, to just over $100,000 a month.

According to Organ, Influitive is now “pretty close to cash flow break even,” and the recent $10 million (a flat round split equally between equity and debt), will help the company “go a long time.”

When asked about the comparitive beats between this layoff and the previous two, Organ said that, despite the similarities, “it feels pretty different” to him.

“Back then we had really high costs; we were going to run over a cliff if we didn’t make a radical change in the way we were doing things,” he told BetaKit. “We’re at the point [now] where we have entered into a really exciting market opportunity, that I think we have a shot to win.”

Organ also stated he takes a very conservative approach to running Influitive, with a conservative board of directors that would “prefer to see a company that is responsibly run and never runs out of cash.”

According to Influitive, the catalyst for the reduction was its decision to shift upmarket. Organ explained customers and partners have expressed to the company it needed to open up its platform and make it possible to interact with more than just one community. Previously, Influitive had focused solutions “by department,” for example, sales, marketing, customer success, or product. Its customers expressed a desire to have one connected platform, allowing them to reach out to multiple communities at once, or to those with significant overlap.

“The irony is that we actually pushed back for years on this,” he admitted, “We’re marketing guys, we’re all about generating leads and marketing leads; we really didn’t see ourselves as a community player.”

“We think we can win because the communities we run are quite engaging and we are transforming this older category.”

“It’s really our best customers that said, ‘we want you to be a primary community, we don’t want you to have three or four places to go. We don’t see a big difference between support and marketing.’ They are two different sides of the same coin, marketing experience. [And] After years of pushing back and saying, customers, you don’t know who we are, we realized actually yes, they do, our customers know who we are better than we know who we are.”

The company’s move upmarket brings new competition, including San Francisco-based social media and forum software provider Lithium, as well as, current customer Salesforce, which Organ noted, has departments that are using Influitive, over the larger company’s own community platform.

With its newest investment, Influitive said it plans to grow its number of community managers and advocate marketers. It is also in the process of opening a new office in Halifax, with plans to create 30 jobs over the next couple of years. Organ said Influitive definitely has plans to grow its Halifax office, noting cheaper costs and less competition for talent in the region.

In the end, Organ called the company’s recent decisions “staying alive for when the market really hits.” Arguing that Influitive can turn profitable “really whenever we want,” the CEO said the company is in much better shape than competitors in the space.

“We think we can win because the communities we run are quite engaging and we are transforming this older category of online community platforms with the power of mobilized advocates,” Organ said.

The Canadian Digital Media Conference‘s (CDMN) upcoming Canada 3.0 Conference, now an annual affair that places a heavy emphasis on startups in the digital…