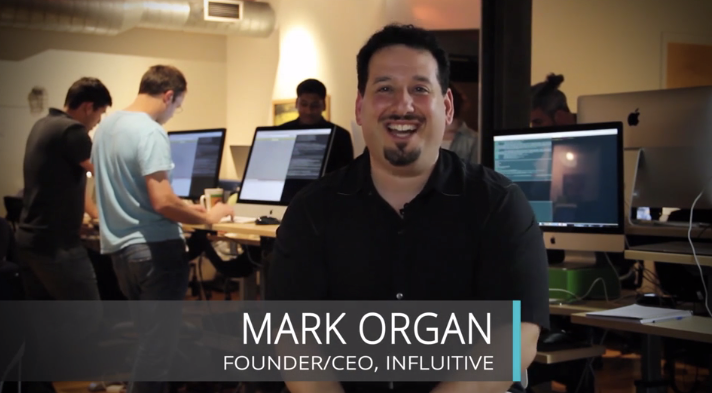 Influitive has been quietly building its advocate marketing empire over the past few months. In March, the company announced two acquisitions that same month, which included mobile relationship management platform Triggerfoxand Ironark Software, which developed both business and home organizer apps. Both companies were acquired for their ability to help Influitive to expand their advocate marketing software to mobile.

“Mobile is changing everything, and we really want to have people on board that are not just mobile first, but mobile-only,” said Influitive CEO and founder Mark Organ. “That’s part of the reason why we acquired Ironark and Triggerfox, as they has some great strengths in mobile as used by sales professionals, and that’s an area we’ve been keenly interested for a while. A lot of customers have asked us to expand our products not just to marketers, but sales people.”

As part of its growth strategy, Influitive announced that it has added a new executive to its team.
Jesse Goldman will be joining as vice president of customer success to advance and scale the company’s customer success efforts.

Goldman’s past experience includes acting as a senior director at Salesforce, where he led customer success for the company’s Work.com product and launched new customer success offerings to support all Salesforce products and customers. He was also vice president of Customer Success at Rypple, which was acquired by Salesforce.

“Advocacy is the ultimate measure of customer success. It is the driving force behind forward-thinking customer engagement strategies employed by some of the world’s most successful companies,” said Goldman. “Influitive is uniquely positioned to create the advocate marketing category that is transforming how all B2B companies accelerate growth and track the health of their business. I am honoured to partner with Influitive’s customers to develop the gold standard for customer success and growth powered by advocacy.”

As part of its acquisition of Ironark back in March, Influitive raised a $8.2 million in a Series B extension, bringing its total Series B funding to $38.7 million. While the company company faces the oft-discussed ‘Series B crunch’ that faces startups hitting this milestone, Organ isn’t phased.

“I wouldn’t say that raising money is ever easy, particularly in Toronto. But we’re very committed to keeping our headquarters here even though we do have a presence in the Valley and Boston. We’re in a period where investors are getting jittery but they need to put their money somewhere,” Organ said.

Organ has said that the company is working on products ‘synergistic’ with its core offering, which helps companies market more effectively by mobilizing ‘happy customer bases’ to support marketing campaigns and recruit new clients. During a time when advertisers are finding difficulty reaching tech-savvy audiences, it can be a lifesaving solution.

“For now, we’re building our corporate development muscles to identify and integrate them well. We can integrate tech and people and that’s easier to do in Toronto than it is to do it in other cities. We think there’s a lot of great talent and tech,” said Organ.