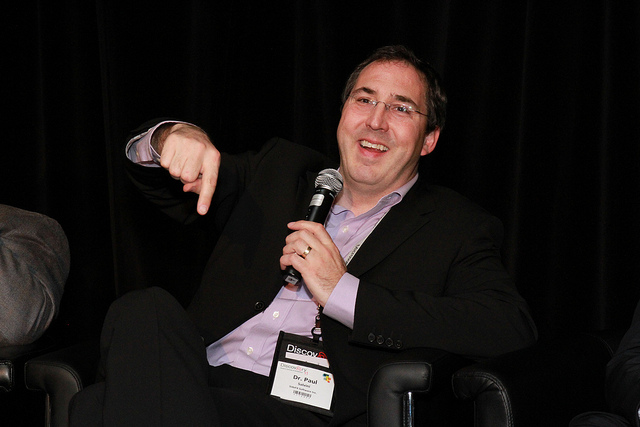 Dr. Paul Salvini seemed more of a selfless fan of the Kitchener-Waterloo startup region in general than the program he’s about to climb aboard with as its new chief executive officer.

Today the Accelerator Centre (AC), Waterloo’s publicly-funded accelerator program with strong ties to several close by universities, announced that Salvini will be its new CEO. Tim Ellis, the program’s former CEO, left to take on a position alongside Dragons’ Den investor Michael Wekerle, who will be launching a $200 million fund in the Kitchener-Waterloo area.

It makes sense why he chose to speak more about Waterloo than his new employer; the AC was established to accelerate the creation, growth and maturation of startups and to to promote commercialization of research from the University of Waterloo, Wilfrid Laurier University, University of Guelph, and Conestoga College. As well, it has a mandate to generate economic benefit and enhance the strategic importance of Waterloo Region.

“When I bring people from around the world to this region, overwhelmingly the response is that there’s something magical happening within this community and they want to be able to replicate from whatever city they’re in around the world,” said Salvini. “There’s a tremendous opportunity to have Waterloo lead the world stage in terms of helping to build great businesses.”

Salvini comes into the job having left a CTO position at Christie Digital. Before that he was CTO at Toronto-based Side Effects Software, where he led a team to produce 3D animation for Hollywood flicks. He’s the current chair of GRAND (Canada’s Digital Media Network of Centres of Excellence) and president of the University of Waterloo Alumni Council.  Not to mention he was named a Top 40 Under 40 in 2007.

True to the form of a long-time academic, Salvini’s speech was filled with long, articulated answers, sprinkled with doses of modern startup lingo. It’s the “passion for helping people to grow businesses and succeed,” that lead him to the new roll. Moreover, it’s a “great fit,” a “tremendous opportunity,” and that he wants to help companies that “sustain and add value in the long term.”

But he was also strongly opinionated when it came to Kitchener-Waterloo’s place in the global startup community index. He called the region the best place in the world to start a company and moreover, that the federal government’s investment in his new employer was the “best investment that our government’s ever made when you think about what the AC has been able to do.”

Since its launch over eight years ago, the centre has helped 130 businesses generate well over 1000 jobs, along with $180 million in investment attracted for those startup companies. Salvini figures more federal investment is headed to the region (and Canada in general) based off of the AC’s success.

But, he said, we need to have the programs in place to allow them to succeed. At least for the AC, that means continuing its strong partnerships with the academic institutions in the area: Waterloo, Laurier, Guelph and Conestoga. “There’s so much incredible transformational research being done at the universities and some of that research will be the seeds for the big successful companies of tomorrow, so how do we help those faculty members and graduate students to transform that new research into business.”

He told us the key is focusing on building the highest quality program that they can and that “clearly we want to attract the best companies and the best talent,” followed by “we’re not investing in ideas as much as people and organizations.”

“One of the key differences in the accelerator centre is that they’re not looking to build companies up in 90 days for a quick sale,” he told BetaKit. “That’s a great thing to do but that really hasn’t been the focus of the AC. The strength of the AC has been to work with companies over one, two or three years even and really mentor them to bring stability to the business.”

He acknowledged that the accelerator world is competitive but that it’s similar to universities in that while they’re all competing for the same talent, they’re also working together. The competition, he said, leaves us all in a better situation.

“There’s no question: we want to attract the best, we want them to come to this region. We think we have the recipe for success an there’s so many rich program within the waterloo region, it really is the perfect place.”