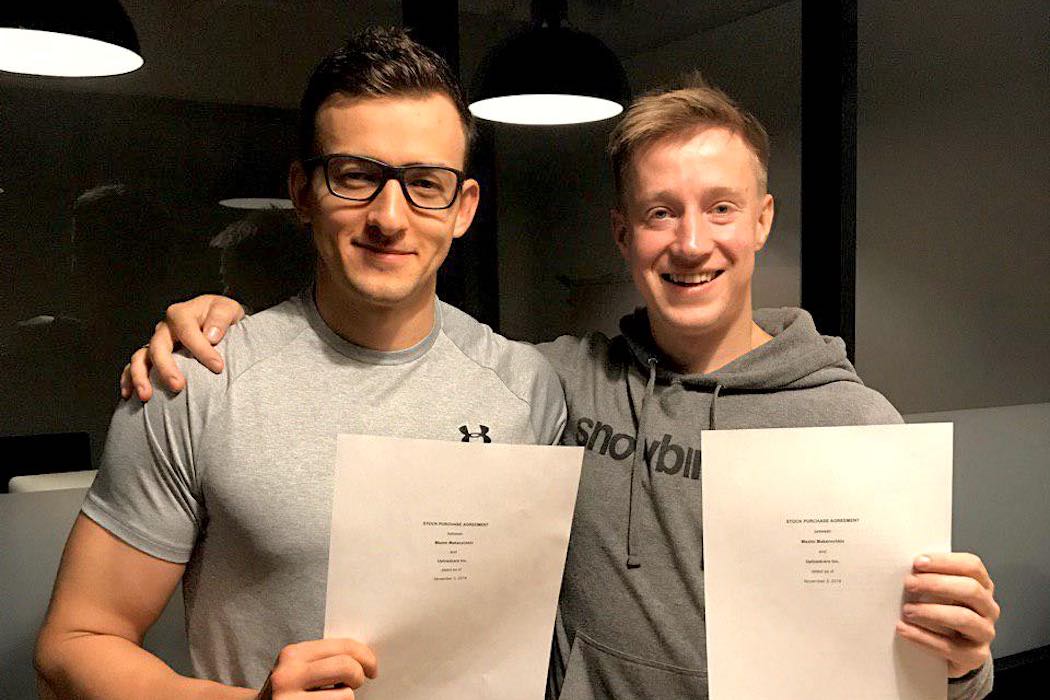 Vancouver-based Blinkloader, which has developed an image optimization tool, has been acquired by US-based content delivery platform, Uploadcare, a cloud platform in the content delivery network (CDN) market, which is a system of distributed servers that deliver web content to a user.

Uploadcare’s team will now move its headquarters to Vancouver due to the city’s reputation as a “budding technology startup hotbed.”

Blinkloader, which aims to reduce CDN traffic and streamlines content delivery for developers and enterprises, was bootstrapped by a team of three web engineers to help websites and content providers perform faster and immediately reduce page-loading times. The company claims it saved more than three terabytes of image bandwidth each month for its users with more than a million of optimized images.

“With a global CDN market expected to reach nearly $25 billion over the next five years, all highly competitive businesses need streamlined solutions that are built with modern web performance and scalability requirements in mind,” said Max Makarochkin, founder and CEO of Blinkloader. “Blinkloader has proven to be an invaluable solution for developers, SEO consultants, and mid to large-sized publishers, and Uploadcare has built one of the most innovative and differentiated CDN platforms on the market.”

RELATED: How new SaaS companies should be using content marketing

“By consolidating our forces, we have the chance to build a remarkable brand that can truly disrupt the industry, and our team is excited to embark on this new chapter,” noted Makarochkin.

Uploadcare said the acquisition will help it build on its mission of improving the online customer experience, and will accelerate Uploadcare’s position in content delivery. The acquisition follows Uploadcare’s $1.7 million funding round in November, which Uploadcare said at the time would be used to fund the acquisition, however, the terms of this deal were not disclosed. Following the purchase, Uploadcare will be headquartered in Vancouver. According to Blinkloader, the US-based company found the city “an ideal place to expand,” quoting Vancouver’s evolving technology scene.

Vancouver has recently become prime real estate for larger American tech companies looking expand outside US borders. In the last three years alone, Microsoft, Google, Amazon, and Apple all have opened new headquarters in the west coast city, and this year, companies like Grammarly and Tile have also set up shop. While the city is home to Hootsuite and Slack, but this year, Vancouver fell nine points in Startup Genome’s ecosystem rankings, released in the spring.

Uploadcare was founded in 2012 and is now headquartered in Vancouver, as well as Rotterdam, Netherlands. The company uses AI to improve visual content and web performance for developers, startups, and large enterprises. Uploadcare said Blinkloader’s technology will help boost Uploadcare’s delivery performance, allowing it to customize content and save weeks of time as well as developer resources.

“The amount of data that’s needed to handle files and media on a daily basis is staggering and growing. Businesses need to have confidence that their content is being delivered with the utmost expediency and efficiency,” said Igor Debatur, founder and CEO of Uploadcare. “This move helps us gain a significant competitive advantage with adaptive delivery technology to generate more revenue opportunities for our clients.

“Coupled with our infrastructure, adaptive delivery can help recover up to $31 million of yearly lost revenue for large e-commerce companies, SaaS platforms, and online marketplaces,” Debatur added. “We look forward to welcoming the Blinkloader team into the fold.”

The three-person team at Blinkloader now all have roles at Uploadcare. Makarochkin has assumed the role of head of adaptive delivery.

Toronto-based Top Hat has announced the hire of Nick Stein, a former senior vice president of marketing at Vision Critical, as its first-ever chief…