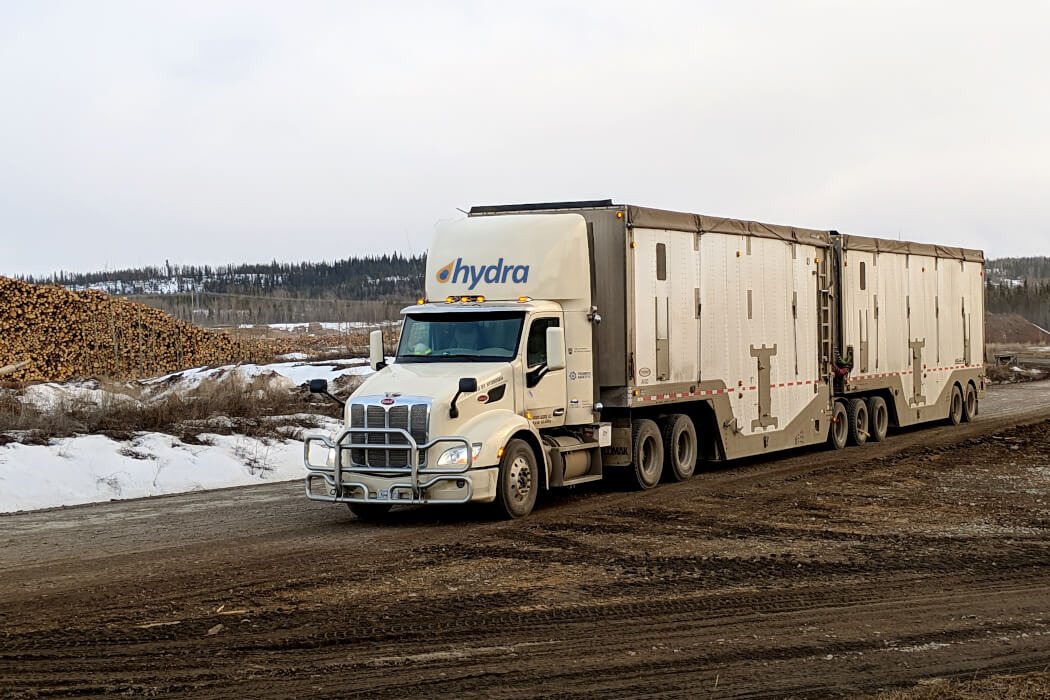 Following the success of its pilot project, Hydra aims to use the fresh funding to scale its hydrogen-based fuelling solution as it looks to help decarbonize the trucking sector. In preparation for its next stage of growth, Hydra’s co-founder Simon Pickup has resigned as CEO and Jessica Verhagen, the company’s former COO, has taken over as CEO.

“Transportation is one of the bigger sources of emissions. But what most people don’t know is the heavy-duty trucking portion of that is actually increasing.”
-Jessica Verhagen, Hydra

In an interview, Verhagen told Betakit that Hydra plans to leverage the all-equity round to raise enough debt to fully fund its flagship Northeastern BC-based project, which the company expects to break ground on later this year.

“We’re about to commence our first commercial-scale project up in Northeastern British Columbia, so a big part of the use of funds is getting the front-end engineering and design work done and starting to order long lead time equipment, and really getting geared up to execute,” said Verhagen.

Hydra, which describes its offering as “hydrogen-as-a-service” or HaaS, aims to accelerate the shift to clean combustion in transportation. The startup seeks to help commercial trucking fleets reduce fuel spend and cut emissions at no additional cost to fleet operators by converting existing heavy-duty trucks from diesel to green hydrogen.

The BC startup offers truck fleets and commodity haulers HaaS, including hydrogen-diesel, dual injection conversion kits, and green hydrogen fuel at a “fixed discount five percent lower than their existing diesel costs with no up-front investment.”

Hydra’s kits are fully removable and reversible, take a few days to install, and require no modification to the truck’s engine block. The startup also installs green hydrogen fueling stations on-site. Hydra sources its green hydrogen from waste hydrogen, which is a byproduct of manufacturing processes, working with partners like Chemtrade to capture this gas, which it then purifies and compresses.

Given the growth of the trucking sector and the slow commercialization of semi-truck advancements, Hydra has its sights set on decarbonizing the trucking industry in the near-term with its plug-and-play system, which injects hydrogen directly into truck’s air intakes.

The new CEO added that Hydra’s solution doesn’t cause range anxiety because once these trucks run out of hydrogen, they seamlessly switch over to diesel.

In February, Hydra inked its partnership with Chemtrade to secure access to waste hydrogen. With this partnership and capital in hand, Hydra plans to pursue its flagship project, which is set to involve the conversion of 65 heavy-duty trucks to its solution.

“Transportation is one of the bigger sources of emissions,” said Verhagen. “But what most people don’t know is the heavy-duty trucking portion of that is actually increasing.”

“Part of the reason why I was attracted to work at Hydra, as somebody that’s really passionate about sustainability and GHG reductions, is because they have a solution that, near-term, can address this really difficult to abate sub-sector,” said the CEO.

Badr Abduljawad, Hydra’s co-founder and chief innovation officer, referred to hydrogen as “no longer a fuel of the future.” Abduljawad said he co-founded Hydra in 2012 “to make low carbon hydrogen adoption scalable through a business model that’s affordable for fleets to implement.”

“One of the most important industries to be decarbonized is transportation,” said David Batstone, senior managing partner and co-founder of Just Business.

“We believe that improving this traditionally diesel-heavy industry harnesses the potential of clean fuel now and will help pave the world for the hydrogen revolution in the future,” said Batstone. “It’s the best opportunity we see for commercial fleets to significantly reduce emissions in the near term, without sacrificing any of their truck’s performance or payloads.”

Hydra currently has nine full-time employees and another nine contractors. The startup plans to hire at least a couple more employees, including machine learning and emissions testing specialists.

The company also plans to complete its front-end engineering and design study and conversion plan for its flagship project by the end of September. Hydra plans to use both as the basis to raise additional funding by Q1 2022.

“I think we can play a big role in the decarbonization of trucking, as more and more jurisdictions are adopting zero or low-carbon emission mandates,” said Verhagen. “We’re [currently] at 40 percent but our path is to get to 100 percent hydrogen, and I hope that Hydra plays a role in that transition.”

Wait, that can’t be right, can it? Longtime readers with a good memory and a handful of fingers should be able to count five…