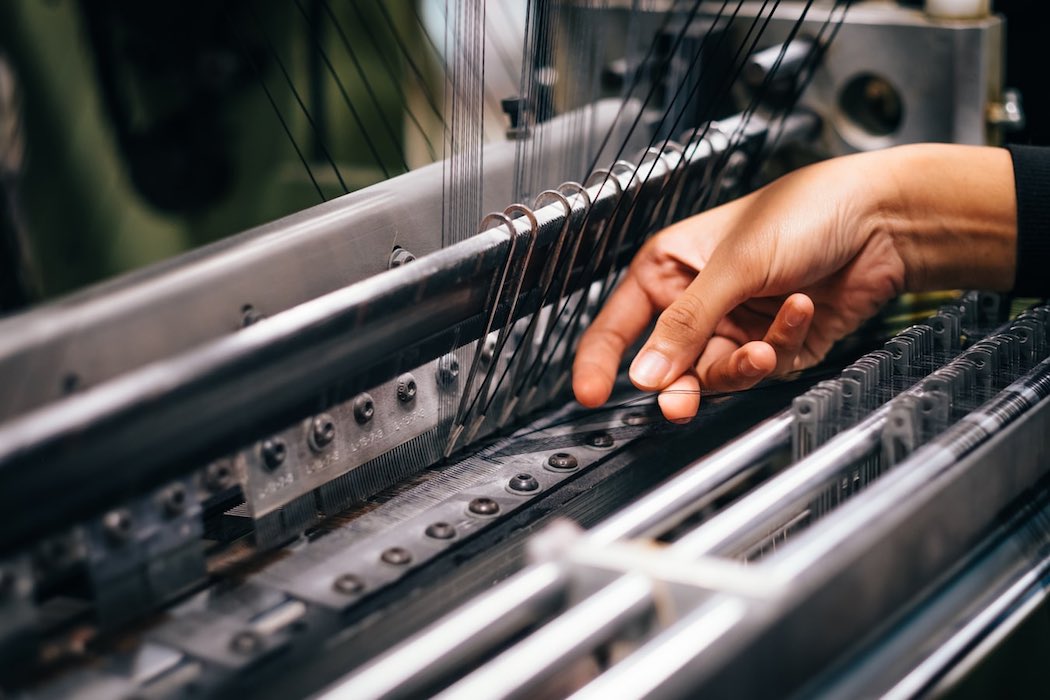 The round was co-led by Garage Capital and Amplify Capital, with participation from Globalive Capital, Panache Ventures, Ramen Ventures, Spacecadet Ventures, and Presstar. Astronaut Chris Hadfield also invested in the round, as did University of Toronto business professor Ajay Agrawal.

“We truly believe we have a technology that can replace polyester completely.”

ALT TEX has developed a polyester replacement fibre for clothing that can be re-engineered from food waste. The startup ferments this food waste into a fibre that can be an alternative to the plastics that make up polyester.

CEO and co-founder of ALT TEX Myra Arshad told BetaKit the company’s mission is to help solve fashion’s pollution problem and disrupt the $104 billion polyester industry. According to the United Nations Economic Commission for Europe and the World Resources Institute, up to 85 percent of textiles go into landfills each year. Polyester, a popular textile in everyday clothing, is made from microplastics. Microplastics account for between 15 to 31 percent of marine plastic pollution.

“One of the main reasons we chose to focus on polyester is because it is the very central culprit to fashion’s carbon footprint,” Arshad said. “When consumers realize that 60 percent of what we’re wearing is plastic, [and that] we’re eating this stuff, we’re breathing it, it’s leaking into our oceans, a flip is going to switch.”

“We needed to go deep into the materials and reimagine how they’re constructed and reconstruct them in a more circular way,” she added. By recycling food waste, itself a major contributor to the climate crisis, ALT TEX is looking to solve two major environmental problems with a single product.

Arshad co-founded ALT TEX with her friend, Avneet Ghotra, who has a background in biochemistry and environmental science. When the company started, Arshad said they were not initially looking at polyester alternatives. ALT TEX was, instead, creating natural fabrics from any source of plant or food waste. The first renditions of its product included yarns made from banana peels or pineapple leaves, and the co-founders partnered with various professors in Ontario to research its natural fabrics.

The company’s lab work slowed down in late 2019 and early 2020, in part by the COVID-19 pandemic. This led the startup to slowing down its own activities and conducting more market research, which led ALT TEX to realize the strong value proposition of a polyester alternative.

“We realized what’s really important to people is price right now, and the most affordable fabric, right now or anytime, is polyester,” said Arshad. “We further realized that people like polyester, not only because it’s cheap, but because of the performance benefits.”

The startup stopped its R&D projects associated with its other natural fabrics. Arshad called this change a “strategic pivot” for ALT TEX. The CEO said the startup found growth by participating in a number of pitch competitions and applying for government grants.

Prior to its recent pre-seed round of funding, ALT TEX had raised $200,000 in grants from various sources, such as the federal government’s Industrial Research Assistance Program and SR&ED.

The startup was also part of the NEXT 36 entrepreneurship program, although the startup did not take investment from the organization. Arshad said a major reason ALT TEX was able to raise its fundraising was the startup’s participation in Creative Destruction Lab. She said the incubation program introduced Hadfield to the startup.

ALT TEX’s team now sits at three people and Arshad hopes to use the fresh capital to grow that to six people over the next six months. The startup also has an advisory team that includes Ruth Kelly, former director of raw material at Lululemon.

The financing will also be used to scale up ALT TEX’s bioplastic fibre production and turn these fibres into a fabric. Arshad’s hope is that by mid-2022, the startup can take that fabric to clothing brands.

“We truly believe we have a technology that can replace polyester completely,” said Arshad. “We’re not trying to make a niche Canadian company, this can be a $4 or $5 billion company within the next 10 years, and we have a path to effectively replace polyester.”