Tech has a gender problem. According to Fortune, only 2.2 percent of venture funding in 2018 went to female-founded companies. Only 21 percent of American tech executives are female, compared with 36 percent in other industries. And a 2015 study of women working in tech in the Bay Area found that 60 percent of respondents had experienced unwanted sexual advances.

Statistics like these are well-known. And yet for anyone involved in building a tech company, particularly in the early days when resources are scarce and bouncing payroll next month is a fear, worrying about the gender makeup of your team can seem like a luxury. As a founder still in the early stages of scaling a company, I can understand this perspective. But I’ve come to believe that it’s wrong.

In mid-2016, two years into building Borrowell, we were failing badly at gender balance. Of our team of 16 people, only three identified as women. We had just hired five men in a row.

Two years into building Borrowell, we were failing badly at gender balance. 80 percent of our team was made up of men.

This was despite the best of intentions. Like many founders, I wanted to build a company made up of great people and that would naturally mean hiring from across the gender spectrum. I had recruited a female co-founder, Eva Wong, and had always thought of myself as someone who cared about diversity and inclusion. We thought we were aware of our biases and focused on hiring the best person for each job. But our hiring pipeline skewed male, and women weren’t getting through our interview process or accepting offers. The results were stark: 80 percent of our team was made up of men.

Fast forward three years and much has changed. As of this week, exactly 50 percent of the team – which is more than four times as large as in 2016 – identifies as female. So, what did we do to turn things around?

While we are far from perfect and have a lot of work to do when it comes to inclusivity, we believe these five things helped us reach our goal and can be easily adapted to suit other companies looking to hire more women.

Eva joined at the very early stages and has become one of Canada’s most prominent female leaders in tech, being instrumental in helping to recruit and inspire many women at the company. Making a decision to focus on diversity in the early days made it an easier challenge to tackle; if we had been 100 employees and 80 percent male, the task would have been much harder.

In the early days, we’d write in our job descriptions that we were looking for “rockstars” and include long lists of required skills. The research is clear: such practices discourage female applicants. This is partially because, in general, men are more willing than women to apply for roles for which they don’t have all the required skills. Today, our job descriptions are written in inclusive, encouraging language and our hiring processes (after some trial and error) have been refined to accommodate different types of learning and presenting styles.

3. Setting a goal and measuring against it

We made it public that our goal was to reach gender parity. I believe that making it known internally with the team, featuring it prominently on our careers page, as well as posting about it on social media, tremendously helped our recruiting efforts. Being open about our goal and the struggles we faced demonstrated it was something we cared about as a company. We’ve always been clear that our motivations are two-fold. First, it’s the right thing to do. Second, diverse teams perform better.

4. Being present in the community

Both Eva, and our VP of Talent, Larissa Holmes, are highly visible in the Canadian tech scene. As leaders in tech, and frequent speakers on diversity and inclusion, they’ve been able to build strong personal brands that have helped us attract and retain talented women. As a straight white male, I’m doing what I can as well. For example, I don’t participate on all-male panels and will pass my invite to a female colleague if I’ve been asked to speak on a “manel.”

5. Realizing there is more work to do (and there always will be)

The diversity and inclusion journey doesn’t end. We still make mistakes and do our best to learn from them. I’m thankful that the team at Borrowell continues to challenge us to do better, and takes ownership to create an environment where people feel like they can be themselves. It’s important to be a diverse company, but it’s important for us to be a company where all employees feel like they belong.

Building a gender-balanced team can be done, but not without time and effort. As a community of entrepreneurs tackling some of the world’s hardest and most complicated problems, we need highly diverse teams of people working together to come up with the best solutions. We’ll do ourselves and our customers a disservice if we don’t succeed. 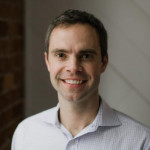 Andrew Graham is co-founder and CEO of Borrowell, one of Canada’s largest financial technology companies. Borrowell has received significant recognition, including being named to the Fintech 100; Fintech of the Year (2018) by the Digital Finance Institute; and a two-times finalist for “International Innovator of the Year” by LendIt.