Tax changes are in the air. And for the Canadian tech industry, I’m afraid these changes aren’t all good.

Starting with the March budget, Finance Minister Bill Morneau and his Liberal colleagues sent up several trial balloons to gauge public appetite for changes to the taxation of private corporations. In July, they targeted three main areas of tax planning: income sprinkling; holding passive investments inside a private corporation; and converting income into capital gains. The justification for such changes was that Main Street Canadians were upset at how “the 1%” were unfairly using corporations and ‘tax loopholes’ to avoid paying their fair share of tax.

If you’re an investor, let the government know that you want more incentive to put your money in Canada’s economy, not less.
– Darryl Irwin

Needless to say, some of their balloons popped quickly. In the months since, Canada’s business community has pushed back, pointing out the severe ramifications these changes will have on our economy and innovation agenda. Critics rightly noted that it won’t be “the idle rich” who suffer; it will be the true working class: small business owners, farmers, and incorporated professionals who are the engine of our national economy. The government has since taken some proposals off the table and sent others back for further study.

As it stands, the government is standing by their proposal to increase marginal tax rates on passive income (i.e. income generated by securities held at the corporate level) to a significant 70 percent beyond an annual $50,000 exemption. On Wednesday, the government also clarified its “income sprinkling” tax proposal—using trusts to shift corporate income from higher-bracket business owners to lower-bracket family members. For the most part, this measure comes into effect on January 1, 2018.

For our tech industry (particularly startups and early-stage companies), the changes as proposed could have serious negative consequences.

If you’re a Canadian tech owner, I encourage you to be vocal about these proposals and how they might affect your business.

The proposed tax on passive income is actually a massive innovation tax—a 70 percent disincentive for our tech entrepreneurs to put their money to work in the real economy, helping our best ideas get off the ground. For example, if I wanted to put all of my money into GIC or T-bills, I could probably invest $2.5 million without being subject to this newly proposed tax—but if I were to invest my money into new ventures, I would face penalties after $250,000.

For a government that champions innovation as one of its core pillars, it seems like a clear oversight to tax investors who are putting their money into supporting innovation, job growth, and the overall economy, while those who “park their money” aren’t subject to the same restrictions. Or to penalize an entrepreneur who works more than the 9-to-5 to grow their business, while his or her spouse is required to ‘stay at home’ and raise their kids. Never mind the tax consequences for tech founders looking to sell their companies and move on to the new ventures that will help us remain competitive on the world stage.

I’m not the first to point out how counterintuitive this is. Throughout the summer and early fall, leaders from across the tech industry—from Bruce Croxon to The Council of Canadian Innovators—have stood up and pointed out that the proposed changes make little sense.

Where do we stand now? It’s tough to say. There’s lots of uncertainty about how or if these proposals will be implemented, and in what form. There is still no draft legislation on passive income rules. Ideally, the Liberals would realize the implications of having an income threshold rather than an investment threshold. But no one—probably not even Mr. Morneau—knows for sure how this will play out.

In the meantime, Canadian tech owners are—understandably—unsure about how to plan. I have a few suggestions:

Even though some of the Liberals’ proposals were dropped or deferred, there is a strong possibility that some of them will be put back on the table in a different form to eliminate some of their unintended negative consequences.

Don’t be complacent—this short reprieve is a gift. Take the time to discuss structuring your holdings with your partners and advisors, and plan a suitable course of action. You may not have the luxury of time six months or a year from now.

Lock in your plan

Are there strategies you can enact using the existing tax rules? I encourage you to do so now—they may be closed to you later.

Make sure to think long-term here. Right now, your early-stage tech company likely doesn’t have the cash flow to establish passive income. Similarly, family trusts may not be relevant to you yet. But both of these strategies may make sense in the future. Putting them in place now may allow you to be “grandfathered” in if new rules come to pass.

Make no mistake: the reason the Liberals already backtracked on some of their proposed changes was because of intense publicity and business-sector backlash.

If you’re a Canadian tech owner, I encourage you to be vocal about these proposals and how they might affect your business. If you’re an investor, let the government know that you want more incentive to put your money in Canada’s economy, not less. When the government realizes how many millions may leave the country due to domestic tax policies, they’re likely to keep backpedaling.

The consequences of the government’s proposed changes could affect you for years, perhaps decades to come. Above all else, I strongly encourage Canadian tech owners to make themselves heard—and start protecting their businesses—now. Canada is well-situated to become a global leader of tech and innovation. Our government needs to seize this opportunity, not stifle it. 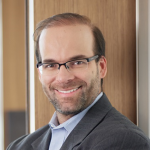 Darryl Irwin is a Tax Partner in Toronto where he specializes in the taxation of private companies and their shareholders. Darryl has experience dealing with reorganizations, acquisitions, estate planning and distribution planning. Follow Darryl and the team at PwC on twitter at @PwC_tech.