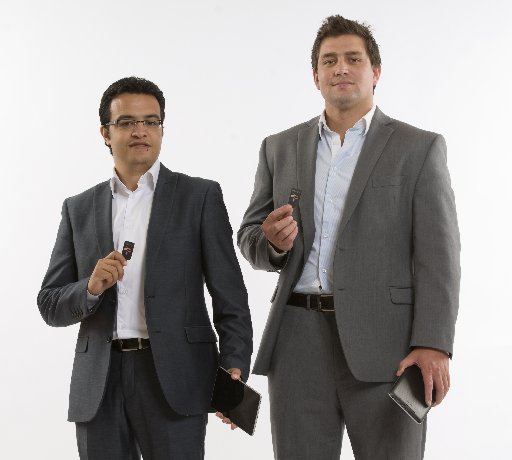 The Web Summit is a global gathering that features more than 10,000 of the world’s brightest minds in technology, including the planet’s leading technology and startup companies. It also has quite a long list of big-name speakers too, no doubt a morale booster for the attending startup from “Steel City”. Among the speakers are Dave McClure of 500 Startups’, former pro skateboarder Tony Hawk of the Tony Hawk Foundation, Shane Smith of Vice, Tom Conrad of Pandora, Ryan Holmes of Hootsuite, Mark Suster of Upfront Ventures and many, many more.

For a startup coming out of “The Hammer” it’s a good opportunity, especially since few startups west of Toronto on the QEW seem to be gaining spotlight. The startup, lead by cofounders Drew Thachuk, Adam El Daba and Mo Shahin, is based out of the Don Pether Incubation Center at the McMaster Innovation Park.

AdvanTag specializes in providing small, medium and large sized businesses with an easy to setup, low-cost platform that delivers measurable loyalty, social media campaigns and gamification. The point of purchase and events based software tracks loyalty and provides customers with incentives for making multiple purchases, sharing to Facebook and Twitter, filling out surveys, and giving customer feedback. The platform also provides digital gamification through tablet based “spin to win” and “scratch to win” contests. The innovative technology leverages consumer’s social networks and creates valuable word-of mouth advertising. It costs $250 for a tablet, so customers can swipe and gain rewards offered by the company.

The company has also won some positive accolades already too. Since it has offices in Hamilton, Dubai and Cairo, it was recently able to take advantage of an 2012 MIT Business Plan competition with over 4500 participants, where it placed in the top ten. Subsequently the startup received seed funding from a Dubai-based angel investor. It also landed Du, Dubai’s second largest mobile carrier, as a client, as well as five more Canadian clients.

They were also recently featured in the Hamilton Spectator, where the newspaper reported that the pair met at the first Startup Weekend hosted by Shahin’s tech company Soft Mills and Innovation Factory. Shahin is a graduate of McMaster’s masters program in engineering, entrepreneurship and innovation, while Thachuk is a graduate of Mohawk College and Davenport University.

Photo by Gary Yokoyama at The Hamilton Spectator

Vancouver-based Plenty of Fish, the online dating site that was started by Markus Frind in 2003, has been acquired by the Match Group, which…