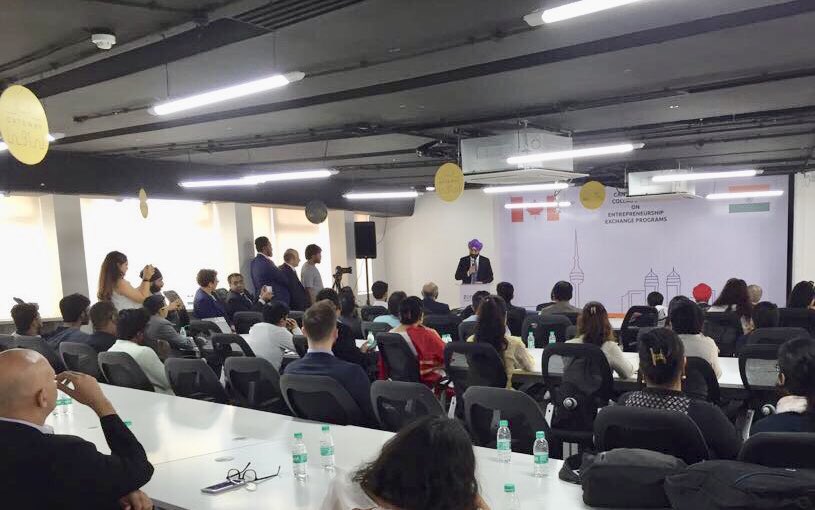 The Canadian government is investing $500,000 towards a program that helps Indian and Canadian women entrepreneurs expand into new markets.

Following a partnership between the Canadian and Indian governments, up to 100 companies — 50 from Canada and 50 from India — are expected to benefit from a two-year pilot project. Ten women-led software startups from Canada and 10 from India will be selected each year to participate in the Zone Startups India program, a partnership between Ryerson Futures and the Bombay Stock Exchange. Indian startups will work from Toronto, while Canadian startups will work in Mumbai.

“Innovation is about finding solutions, and great ideas can come from anywhere and anyone. We cannot ignore half of our world’s population as we strive to find solutions to the problems of today and create the jobs of tomorrow,” said Navdeep Bains, Minister of Innovation, Science and Economic Development. “Canadian companies are increasingly exploring India as a destination for investment, and we are proud to participate in a partnership that will help even more startups expand beyond Canada’s borders.”

Each year, Zone Startups will offer intensive two-day seminars in both Toronto and Mumbai for 30 additional firms that are interested in collaboration between the two countries.

“Women entrepreneurs and business owners represent a significant source of untapped talent and potential for greater economic growth and new jobs in Canada and abroad,” said Bardish Chagger, Minister of Small Business and Tourism. “Unlocking this potential is a priority of our government. That is why we are supporting this program and helping women start and grow businesses by improving access to financing and promoting women in international trade.”

Later this week, digital transformation company Tech Mahindra will announce a partnership with Canada’s superclusters initiative, which were revealed earlier this week.

PayPal is no stranger to Canada, being one of the leading digital payment options available. But its market is worldwide, with a user base…