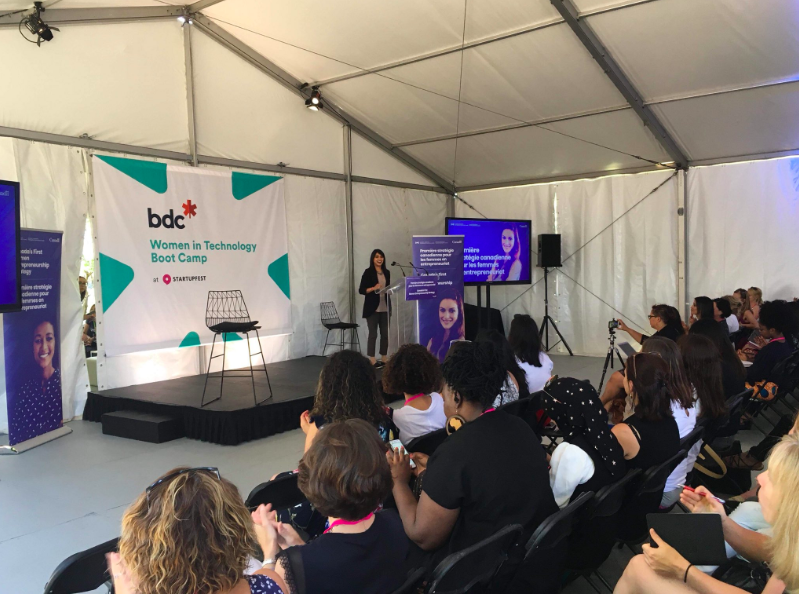 During Montreal’s Startupfest, Minister of Small Business and Tourism Bardish Chagger announced that the government is accepting proposals from companies that could help it collect data on how best to support women entrepreneurs.

“This is a key area where data is missing and to better understand women entrepreneurs and to help them and support them, we need this data,” said Chagger.

The Minister made the announcement during one of BDC’s Women in Technology bootcamps, which works to foster business skills and financial literacy for women. The bank’s bootcamps were also part of the initial Budget 2018 announcement, and will take place across Canada.

The news is timely, as this morning Female Funders announced a new report on the state of venture capital with Hockeystick. The report drew on data from public sources like Crunchbase and data from angel and VC groups, finding that just 14 percent of Canadian VCs are women.

The deadline for proposals is September 7. More information is available on the government website here.