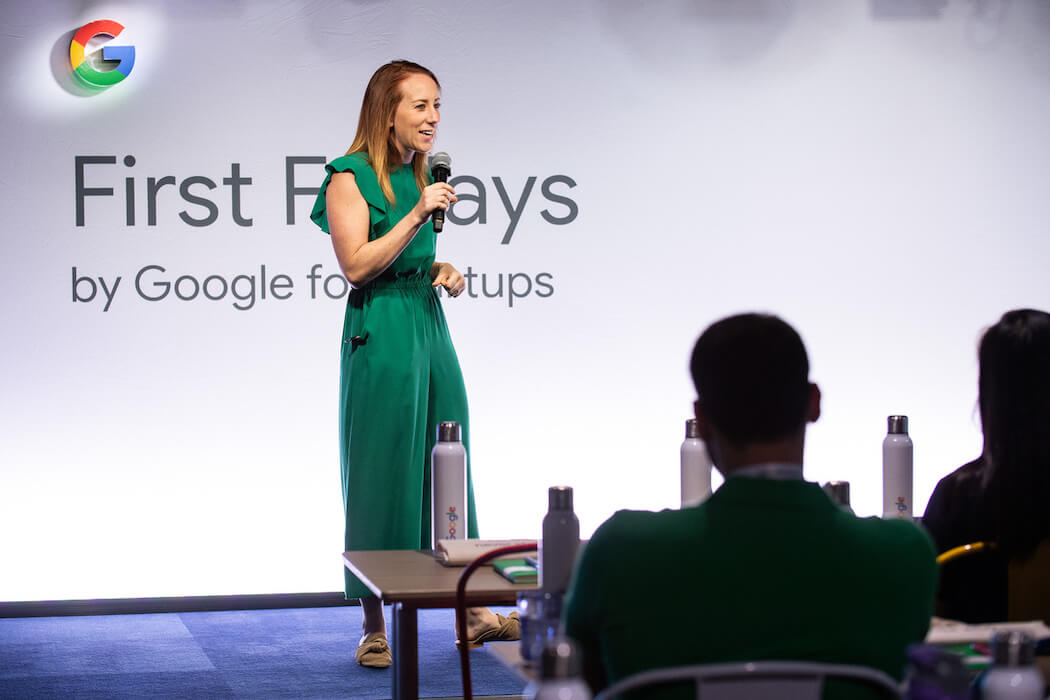 Google has made a string of big bets on Canada in 2020. Last month, Google announced plans to expand and open three new offices across Canada – in Toronto, Kitchener-Waterloo, and Montreal – with a commitment to hiring around 3,500 new employees.

Google also announced it will launch a new startup accelerator in Kitchener-Waterloo, marking the first Google Accelerator in Canada. The announcements saw Google expressly pointing to its commitment to deepen investment within Canada.

On Monday, Google for Startups opened applications for the accelerator program, looking to draw in startups from across the country to participate. BetaKit recently sat down with Ashley Francisco, Google’s Canadian startup ecosystem lead, who is also leading the newest accelerator, to discuss what the program signals for Google’s presence in Canada.

“This role [is] kind of a new evolution for Google and our presence in Canada,” said Francisco, who took on her latest position with Google in December, and has spent the last few months building out plans for the accelerator.

She explained that Google sees the accelerator as a kind of “feedback loop” that helps a spectrum of Google teams develop products and services.

“This role [is] kind of a new evolution for Google and our presence in Canada.”

“Everybody sees this as one of the most valuable sources of early day feedback as we’re continuing to grow across products,” Francisco said. “For me, it’s getting fully into the mind of a founding team and really triaging what can we do more of [or] less of.”

While this is the company’s first foray into a Canadian accelerator, Francisco added that “Google for Startups has been more, kind of, quietly supporting the Canadian startup ecosystem through partners for years.”

Bringing a Google accelerator to Canada shows a global commitment from the tech giant, but local startup initiatives have also been largely led by Canadians. Francisco has been working with Google for almost five years, originally in a strategy role helping some of Google’s largest customers with branding efforts. But Francisco, originally from the Kitchener-Waterloo region, was drawn to doing something more for Canadian companies. Claiming to always have an interest in startups, she started a ‘side of the desk’ project that saw her connecting Google experts with startups, through local innovation hubs like Communitech and the DMZ.

Currently, Google for Startups has partnerships with Kitchener-Waterloo’s Communitech, Montreal’s Notman House, and the DMZ.

Francisco was moved into a startup-supporting role at Google in April 2019, where she developed programs like Google for Startups’ First Fridays, which was designed to intimately connect Canadians companies with Google experts.

Francisco sees her latest role within Google as a way to offer “high touch” points for “high-potential founders” and companies. “[The accelerator is] where we think Google can really add meaningful value to those companies,” she told BetaKit.

Francisco explained to BetaKit that the Google for Startups Accelerator Canada model will be similar to those in other regions like Brazil and Japan. While Google has accelerators that are vertical-specific, accelerators like the Canadian one are regionally focused, and open to a wide swath of startups. The Kitchener-Waterloo accelerator will remain vertical agnostic for at least its first year, with the potential to have a specific focus later on.

The Kitchener-Waterloo accelerator will be run out of an open community space in Google’s KW office. Source Google.

“I feel strongly we’re going to learn a lot by the applications we get and I don’t want to limit the insights that we can get in terms of what is the ecosystem telling me that they’re looking for,” said Francisco, noting that there may be a clear need for a specific vertical, but that the Canadian accelerator likely won’t offer a “niche cohort” until 2021.

Applications for the Google Startups Accelerator Canada opened on Monday and will remain open until March 15. Decisions on the first cohort will be made by the end of March, with a public announcement of the chosen companies coming the first week of April. The first bootcamp will begin in Kitchener-Waterloo on April 27.

The three-month bootcamp is looking to bring in eight to 10 tech startups at the seed to Series A stage. Francisco noted that strong criteria is revenue-generating companies that capitalize on technology where Google has expertise, such as artificial intelligence (AI), machine learning, or cloud. She added, however, that leveraging Google technology is not a requirement.

Google’s decision to open its first Canadian accelerator comes as other tech giants, like Microsoft, have also been increasing their presence in the country.

In January 2019, Microsoft for Startups named Adam Nanjee as managing director for the country, with the global startup program making a number of commitments and partnerships across Canada over the past year. (Microsoft for Startups is also the sponsor of BetaKit’s AI Nation series, ed.).

“We’re sitting on a gold mine of technical expertise in Kitchener-Waterloo.”

Francisco highlighted that opening the Kitchener-Waterloo accelerator was all about timing, pointing to traction in the amount of startups in Canada, record-breaking quarters for investment, and unprecedented funding rounds.

“All that momentum led to the perfect moment, to be honest, for us to be able to say, ‘hey, as we look at where and how we’re expanding our accelerators, it’s kind of it’s almost irrefutable at this stage that Canada is worthy of also an owned and operated Google presence in the ecosystem,’” she said.

When it comes to why Kitchener-Waterloo, the answer is simple. The region is home to Google’s second-largest engineering office outside of its headquarters in Mountain View, California. Of the three newly announced office expansions, the Kitchener-Waterloo office is set to see the biggest impact, more than doubling its staff with 1,500 new hires.

“It’s irrefutable when you look at our offices across the country,” explained Francisco. “We’re sitting on a gold mine of technical expertise in Kitchener-Waterloo … it was a pretty clear cut choice for us to say, ‘when we’re looking to bring technical mentorship to Canadian startups, there’s really no better place to be able to do that than in Kitchener-Waterloo.’”

While the accelerator will be physically housed in the Kitchener-Waterloo office, the program is looking to attract startups from across Canada and, in the future, is open to offering some weeks of the program remotely at its offices across the country.

Francisco also highlighted the opportunities that bringing a Google accelerator to Canada opens up for Canadian startups. She pointed to the potential to connect with other vertical-specific Google accelerators, stating that she has open channels of communication with her counterparts around the world, with opportunities for Canadian startups to participate in other accelerators as well. Francisco also emphasized that local program partners have expressed excitement about the new accelerator and Google plans to lean into those existing partners for possible future collaborations.

The new accelerator may also offer financial opportunities for Canadian startups. While Google does not take equity in cohort members, the program may bring more eyes and ears to the region from Google’s venture capital arms, such as GV, Gradient Ventures, and Google parent company Alphabet’s CapitalG.

RELATED: What Carol Leaman learned from scaling a company and selling it to Google

“Teams across Google are spending more time and energy looking at Canadian founders and startups, and so again, while there is no formal investment coming out of the accelerator program I see peers across Google also spending more increased amount of time in this marketplace,” Francisco told BetaKit.

“From day one of talks about potentially having an accelerator locally started, it was [of] the utmost importance to our team to make sure that anything we brought to this ecosystem felt additive and complementary to all the great work that has already been done,” said Francisco. “Certainly, this is the first of many announcements that I think we can expect to hear from Google.”