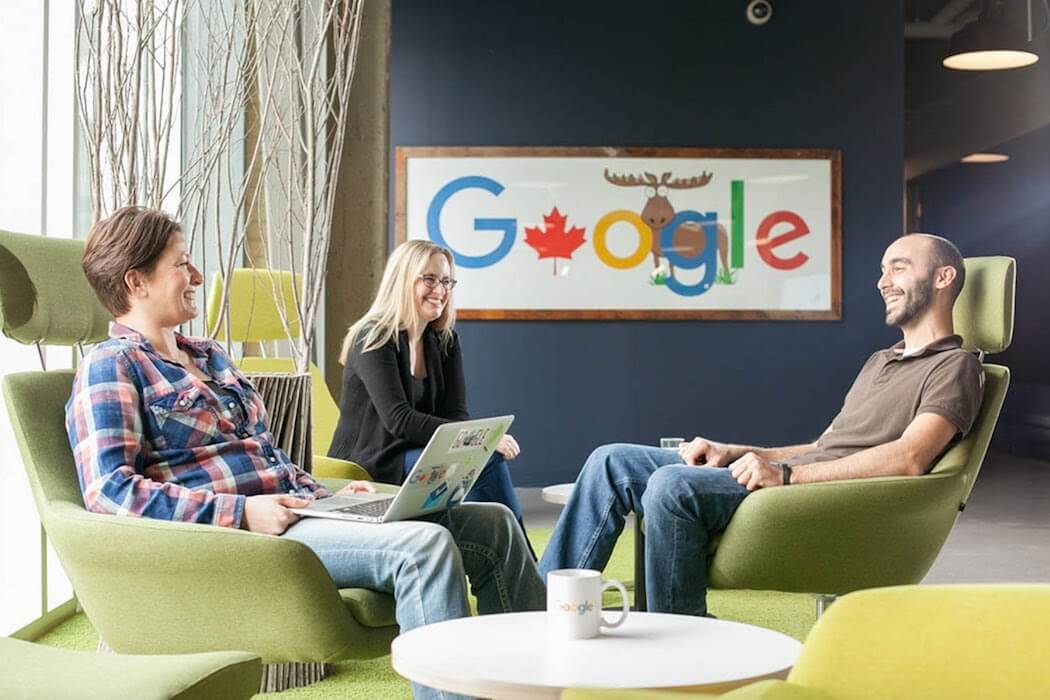 Google is expanding its Canadian presence with the opening of three new offices in Toronto, Montreal, and Waterloo.

Google CFO and senior vice president, Ruth Porat, was in Toronto on Thursday to make the announcement, noting that Google is committed to deepening its investment in Canada. Google plans to build the three new offices to collectively house up to 5,000 employees.

“I am proud that Google recognizes the importance of continuing to grow its presence here.”

Google has a current presence of 1,500 employees in Canada, and with the new space, Google could hire more than 3,500 new employees before reaching capacity. The tech giant plans to open the new Toronto, Montreal, and Waterloo offices by 2022 and Porat confirmed to BetaKit that Google plans to grow to 5,000 employees in Canada by that time.

Google also did not offer a monetary figure or outline its financial investment, which will come with building three new offices. While comments from government leaders were included in Google’s press release on the announcement, it is unclear at this point whether Google is receiving government funding for the projects. Steven Woods, senior engineering director at Google and Waterloo site lead, has since confirmed to BetaKit that, while Google is not disclosing its capital commitment, no government funding is involved.

The Silicon Valley tech giant’s announcement comes exactly two weeks after Mastercard announced it was expanding its own Canadian presence. The multinational company committed $510 million to create a global cybersecurity hub in Vancouver, with support from the Government of Canada amounting to $49 million. The move came under some scrutiny from Conservative leaders, with the Liberals defending their position, noting the creation of hundreds of jobs.

Google has maintained a Canadian presence since 2001 when it opened its first Canadian office in Toronto. Since then the Alphabet-owned company has expanded to six offices in the country, including Ottawa, Edmonton, and Vancouver. It also maintains offices in each of the three cities that are set to get new office spaces.

Across the country, more than 1,500 engineers, game developers, sales leaders, AI researchers, and more are currently employed by Google Canada.

Toronto Mayor John Tory called Google’s expanded presence a testament to the growing tech sector in the Toronto and Kitchener-Waterloo region. “We are the fastest growing city in North America with one of the fastest-growing tech and innovation sectors,” he stated. “I am proud that Google recognizes the importance of continuing to grow its presence here and in nearby Waterloo. These investments will ensure Google continues to contribute to our ongoing success story.”

Google has different plans for each of the three offices in their respective cities. In Toronto, Google plans to open a brand new office location, while in Kitchener-Waterloo the company is working to expand its current location with a new, nearby tower. As the site lead for Kitchener-Waterloo Woods told BetaKit that Google plans to hire an additional 1,500 employees for that region alone, to accompany its current number of around 1,000 staff. In Montreal, Google is set to expand on its Stadia game development studio that was announced in October.

The reveal of the new offices also came as Google is set to launch an accelerator for early-stage tech startups in Kitchener-Waterloo. This accelerator will be the tech giant’s first in Canada and the 12th globally.

The announcements of the new offices and accelerator were also accompanied by a commitment of $2.5 million from Google to fund digital skills programming for Canadians, as well as the release of new research about Google’s economic impact in Canada.

The company also noted in its report that its search and advertising products helped generate an estimated $23 billion CAD in annual economic activity for businesses in Canada, in 2019. It estimated that number as being a total impact equivalent to approximately 1.1 percent of Canada’s entire GDP.

woods told Betakit…with the expansion of a new tower nears its current office, Google plans to