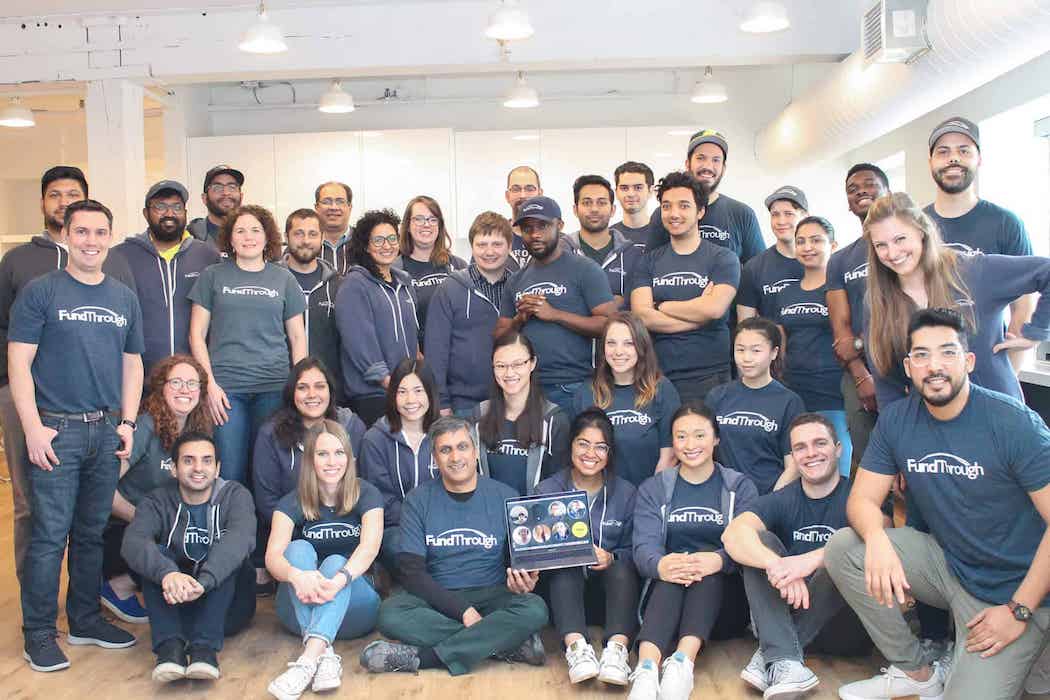 Last week, it was revealed that the federal government had rejected several proposals for FinTech organizations to help distribute COVID-19 relief to businesses. Following backlash from Canada’s FinTech community, one startup is looking to tap into its own capital reserves to provide relief to small businesses.

“We felt it was incumbent on us as a FinTech focused on small businesses to step in, where the government hasn’t.”

FundThrough, a Toronto-based startup that helps businesses fund cash flow through invoice factoring, is committing $10 million to waive its fees for small businesses as the economy reopens from the COVID-19 pandemic. Invoice factoring is a form of debtor finance in which a business sells its accounts receivable to a third-party at a discount. This allows the business to quickly secure cash to fund its operations.

FundThrough said it will provide working capital to small businesses by funding their outstanding invoices to their large customers with no fee, based on the creditworthiness of the payor.

“We felt it was incumbent on us as a FinTech focused on small businesses to step in, where the government hasn’t, to directly help these struggling businesses,” said FundThrough co-founder and CEO Steven Uster. “Large companies often stretch out their payment terms for their smaller suppliers. We are levelling the playing field so suppliers no longer have to act as a bank for their customers by waiting a long time to get paid.”

Last week, The Logic reported that the federal government had rejected several proposals for FinTech companies to help distribute public COVID-19 relief aid. The Canadian Lenders Association (CLA), PayPal, and Wave were all denied the ability to help in distributing government aid.

“When you invoice customers, we will come in and we will wait so that you don’t have to, we’ll pay that invoice to you today, so you get the cash that you can buy more inventory, pay your suppliers, pay your payroll, and grow your business,” Uster told BetaKit in regards to FundThrough’s $10 million plan. “We’ll just get paid when your customer ultimately pays on the regular terms.”

“We felt this was where the government can come in, stabilize the industry, fund the outstanding invoices to those payers or backstop those,” Uster added.

Unlike Canada, the United States and the United Kingdom, in addition to several other countries, are using FinTech firms to help distribute government aid during the pandemic. Historically in Canada, many regulations have prevented FinTech startups from competing with incumbent financial institutions like banks.

In response to the FinTech proposal rejections, several members of Canada’s FinTech community have asked the federal government to explain its reasoning. In a recent tweet, Borrowell CEO Andrew Graham called for the government to allow tech lenders to offer loans, arguing it would speed up delivery and increase competition.

.@Bill_Morneau where can we get more information as to why Fintechs were rejected from distributing COVID aid packages to small businesses? What level of visibility are you willing to provide into the decision?

The Canadian gov must embrace fintech platforms as has been done in the US, UK, and Australia – or else we risk isolating local entrepreneurs from financing options, today and post Covid-19.https://t.co/gfmI4CcyOo

News of the proposal rejections comes a few months after the federal government’s decision to postpone Canada’s open banking consultations to the fall at the earliest. Members of the FinTech community expressed widespread disappointment regarding that delay as well.

“If you look at how other countries have handled it, they had FinTech right in the middle,” Uster told BetaKit, referring to COVID-19 business relief programs. “This was a chance [for Canada] to create an opportunity for FinTech to actually help small businesses.”

“[We] never got an official rejection, just a note that the prime minister announced a few initiatives and they’d get back to us if they wanted to explore further,” the FundThrough CEO said. “We kept in touch over the last several months with new ideas … but only read about the rejection the same way everyone else did last week.”

Uster called the government’s response an “extremely unfortunate reaction and a disappointing moment” for Canada’s FinTech community and small businesses.

“This also puts Canadian small businesses at a further disadvantage during this crucial time when their survival relies on accessing fast, reliable, and affordable financing,” he added.

Uster said FundThrough was in talks with the Business Development Bank of Canada (BDC) about how invoice factoring could help small businesses struggling through COVID-19. He said FundThrough already had the customer relationships and distribution capabilities in place that would allow the company to begin implementing its proposed relief program in as little as one day.

The CEO noted that the COVID-19 pandemic has driven more interest and demand for FundThrough’s platform as businesses are strapped for cash, which is why the company decided to use its own capital to waive fees on its platform.

Within 24 hours of the news that the federal government was rejecting proposals, Uster said FundThrough publicly announced its $10 million pledge to waive fees on its platform. Existing FundThrough users have already begun using the program, while the company plans to make it available to new users in the coming days.

“We still wanted to do our part. Obviously, if we were doing this through the government, [funding] would probably be in the hundreds of millions of dollars,” Uster told BetaKit. “We don’t have the capability to do that, but we wanted to do something. Hopefully, others will also join in and do something as well.”

GetCastor lets you create the dashboard relevant to your everyday life