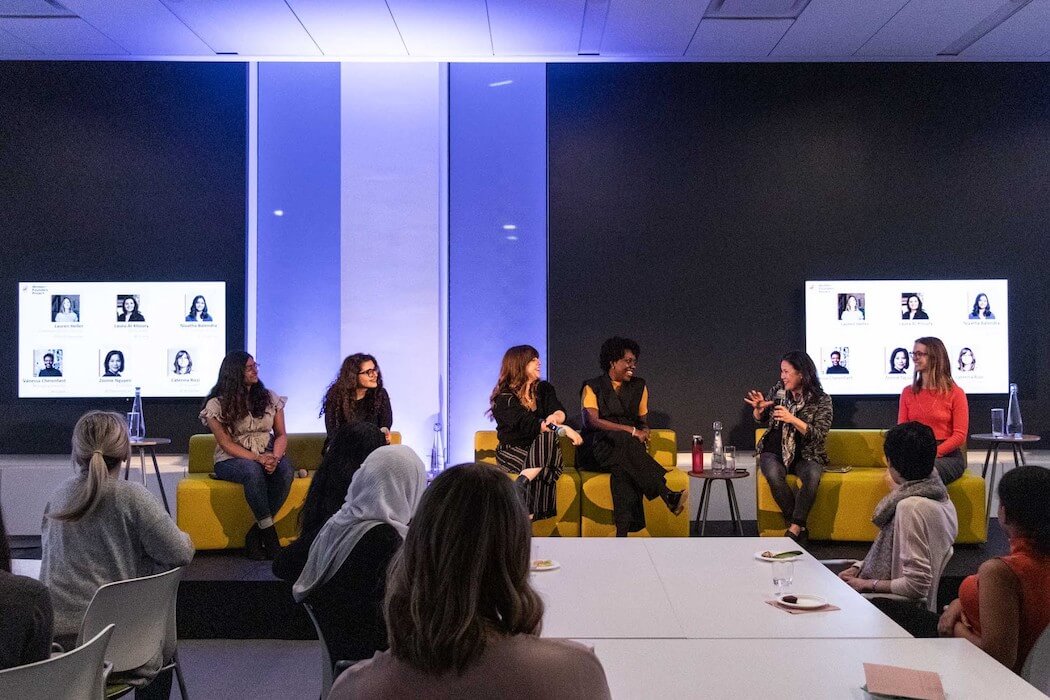 Front Row Ventures is making its pre-accelerator program, the Women Founders Project, virtual after pausing the program earlier this year due to COVID-19.

The program is a six-week accelerator focused on female-identifying students, geared toward giving them the fundamental knowledge needed to create a startup. Originally, Front Row Ventures kicked-off the second cohort of the Women Founders Project in March but decided to “pause” the program for a couple of months due to the global pandemic.

“In times like these, we recognize the importance of connecting students with individuals in the Canadian startup ecosystem.”

The Women Founders Project has now relaunched and is offering new programming and workshops virtually. The pre-accelerator has also doubled in size from last year’s cohort and includes 16 aspiring entrepreneurs.

“By hosting the first remote WFP [Women Founders Project] this summer, our goal is to deliver on our commitment to support, mentor, and create value for aspiring young entrepreneurs in Canada,” the group said. “Especially in times like these, we recognize the importance of connecting students with individuals in the Canadian startup ecosystem and giving them the opportunity to build long-lasting networks.”

Front Row Ventures initially piloted the Women Founders Project last year, with its first cohort taking place in Montreal with a class of 10 women in May 2019. Following the successful pilot, the university student-run venture capital fund decided to open up the program to include students from Ontario as well.

Front Row Ventures is a university student-run fund focused on investing in early-stage, student-led Canadian startups. The fund received $600,000 in October 2017 from Real Ventures to invest in 24 student-led startups over the next four years. The fund opened up to Ontario startups in March 2019.

When Front Row Ventures originally announced plans to expand outside of Quebec it was looking to raise $10 million from limited partners. The fund indicated it would hit at least $5 million of that within a few weeks in July 2018. Last March, Front Row Ventures told BetaKit it had yet to secure the capital and was expecting between $5 to $10 million in funding before the end of summer 2019.

BetaKit has reached out to Front Row Ventures to confirm if it closed any additional capital. The fund told BetaKit, “due to confidentiality responsibilities towards our LPs, we can’t disclose publicly any information about our new funds at this time.”

Whitby-based 360incentives, a cloud-based incentives software platform for businesses, announced $10 million in new financing. The round was led by Leaders Fund, a newly…