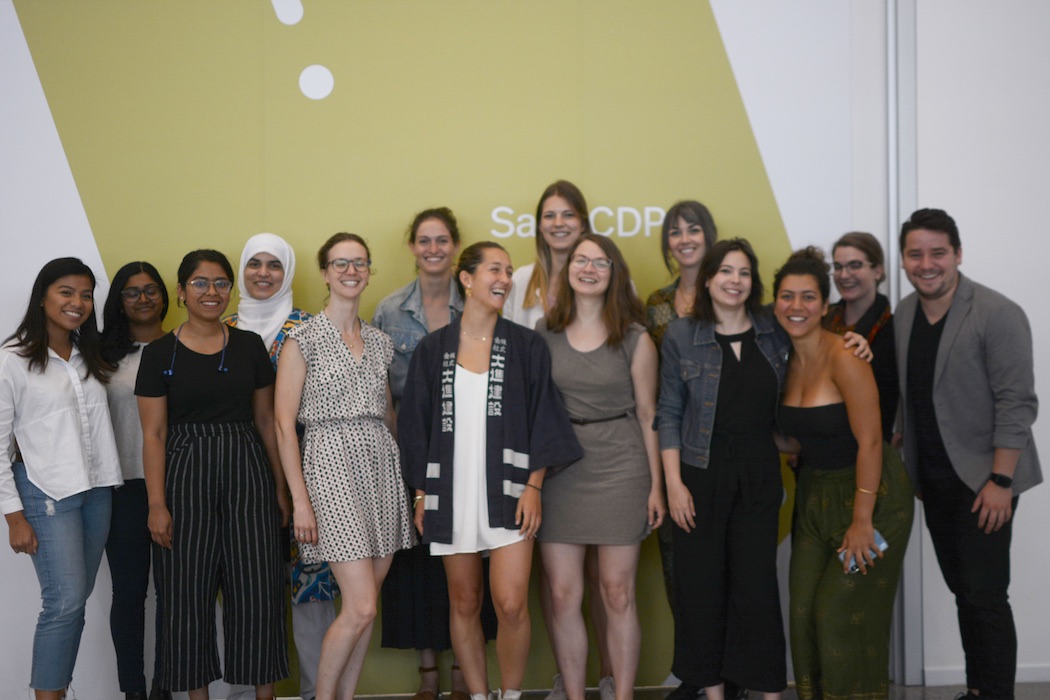 The Women Founders’ Project, a four-week social impact project organized by Front Row Ventures, is expanding to Ontario, after recently completing its pilot program this month.

“With Front Row Ventures integrated with Real Ventures, we have a platform to bring successful women in front of young women founders.”
– Raphael Christian-Roy

For the pilot, which launched in Montréal, week one focused on entrepreneurship, leadership, and product design, week two explored fundraising and pitching, week three centred on financial and legal practices, and week four concentrated on navigating the ecosystem as a female founder.

“With Front Row Ventures integrated with Real Ventures, we have a platform in which we’re able to bring super successful women in front of super young women founders,” Raphael Christian-Roy, co-founder of Front Row Ventures, told BetaKit. “That’s really what the program is all about for us.”

During the workshops, Front Row will have industry experts take part in panels and workshops on entrepreneurship, leadership, product design, and development, as well as financial and legal practices. Through this initiative, Front Row hopes to facilitate the exchange of knowledge and provide networks of support in order to create a tight-knit community of women in the tech space.

The first cohort of the program’s pilot, launched with a class of 10 women in May. The Ontario program will be available to startups from Ottawa to London, Ont., although the workshops themselves will take place in Toronto. Front Row is searching for approximately 8 to 10 founder hopefuls for its workshop.

“I think something that we’re yet to discover is that Montréal and Toronto are not the same ecosystems,” said Lauren Jane Heller, Real Ventures’ director of communications. “There are slightly different demographics, there are different services, ad different funds available. So it’s about figuring out where the gaps are that need filling. The idea was to help create a little community of people who will continue to work together.”

Christian-Roy told BetaKit the program will undergo several iterations to determine what content and format will be most suitable for Ontario’s young female founders. He hopes that by the third or fourth iteration, the program will be able to solve the most critical problems women founders face.

“The idea is not that there is a specific way to be a woman in leadership. The idea is that you start the conversation around women in leadership to give women a space to think about who they are as individuals,” said Erin Willett, founder of The Tap In Team, and a mentor of the Women Founders’ Project. “I’ve been blown away by the amount of support that I’ve gotten from women specifically, by asking for support and saying ‘I’ll be there for you’. There’s been a lot less ego, and a lot more collaboration.”

Christian-Roy noted that when analyzing data on the startups Front Row has worked with, the team noticed low numbers of women involved as founders at the Series A level. Women only made up 15 to 20 percent of the founders Front Row came across in three years of Quebec investments.

“It’s common knowledge that there is a gender diversity gap in the venture capital and tech industries in Canada,” he said in a blog post for Front Row. “Some believe that women-targeted initiatives rightfully increase access to opportunities on a playing field that is uneven, while others believe that they only exacerbate the issue at hand. But the fact remains true – there is a staggering lack of diversity within these growing tech spaces.”

Front Row Ventures is a university student-run venture capital fund, which launched in Ontario in the spring of this year, focused on investing in early-stage, Canadian startups. The fund received $600,000 in October 2017 from Real Ventures to invest in 24 student-led startups over the next four years.

The newest iteration of the Women Founders’ Project is expected to arrive in Toronto for the next academic year, beginning in the fall of this year, or early winter 2020. Applications for Ontario participants are currently being taken. Selected participants for the first Ontario cohort will be announced through Front Row’s social media.

Island Capital Partners has launched a $4 million early-stage investment fund dedicated to strengthening PEI’s startup ecosystem, according to a report from Entrevestor. The…