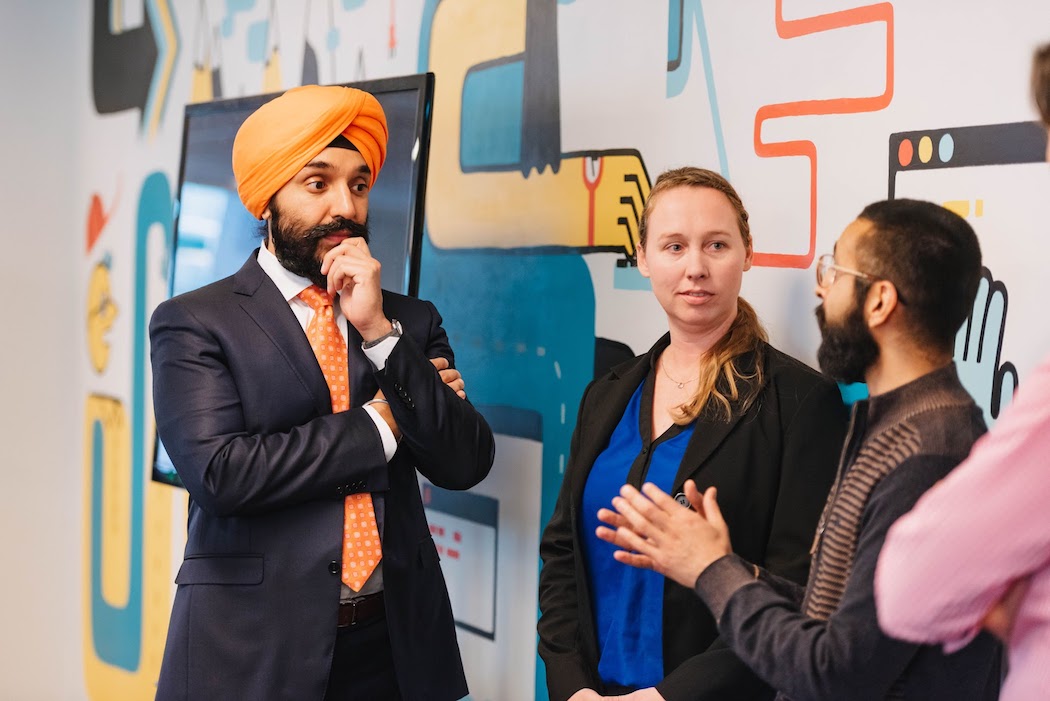 Liberal MP François-Philippe Champagne will serve as the new Minister of Innovation, Science, and Industry as Navdeep Bains has announced he will not seek reelection in the next election and is leaving his spot in cabinet. Bains cited the need to spend more time with his family as the reason for his decision.

“It’s been a tremendous honour to serve you and this country,” said Bains, in a post on Twitter Tuesday morning. “Whether it was investing in Canadians’ innovation, building their skills, or executing the Made in Canada project, which helped Canadians make personal protective equipment at home, for me it’s always been about generating opportunities, investing in people and creating jobs.”

Champagne moves from his role as Minister of Foreign Affairs, a post he has held since 2019. Marc Garneau will replace Champagne at Foreign Affairs in the cabinet shuffle. Champagne was first elected in 2015 as an MP for Saint-Maurice-Champlain and before entering politics was vice-president and senior counsel of ABB Group.

In a release, Prime Minister Justin Trudeau thanked Bains for his “friendship, support, and counsel over their many years working together in Parliament,” and cited Bains overseeing the launch of a new national space strategy and his role in Canada’s response to the global COVID-19 pandemic as a number of his accomplishments.

Among other accomplishments during his tenure, Bains oversaw the launch of Canada’s five Superclusters; Digital Technology, Protein Industries (PIC), Next Generation Manufacturing, Scale AI, and Ocean. The Superclusters project, launched in 2018, has allocated $950 million over five years to incentivize large-scale collaborations among industry leaders, SMEs, and post-secondary institutions to develop and scale high-potential technologies in Canada. The $950 million is matched dollar for dollar by the private sectors in the five Superclusters.

In October, the parliamentary budget officer, however, released a report stating the Innovation Superclusters Initiative was far behind its spending goals. As of March 6, the Canadian government’s five Superclusters had dolled out just $30 million instead of the $104 million they had been projected to spend by that time.

In an interview with BetaKit, Bains noted that of the over 220 innovative projects that have been approved, 56 percent of the Superclusters’ projects are connected with small and medium-sized businesses across the country. The minister added that the Superclusters Initiative has announced over $800 million in investments – the majority of which ($420 million) was invested by industry.

Under Bains’ leadership, the government has also made COVID-19 support commitments to the innovation sector amid the pandemic. The National Research Council of Canada (NRC) Industrial Research Assistance Program’s Innovation Assistance Program (IRAP IAP), meant to retain top tier talent in Canada, received an initial $250 million in April, with an additional $150 million allocated to the program in November.

Bains was also at the helm of the recently launched 50 – 30 Challenge, an initiative looking to encourage Canadian companies to increase representation and opportunities for underrepresented groups in the private sector. The goal of the initiative is to achieve both gender parity and increased presence of underrepresented groups on company boards and in senior levels of management.

In response to the cabinet shuffle, Benjamin Bergen, executive director of the Council of Canadian Innovators thanked Bains for his commitment to Canadian innovators and expressed his excitement to work with Champagne on developing a national data strategy, increasing Canada’s intellectual property capacity, and enacting policies to ensure that Canadian companies are able to hire highly-skilled workers.

“With vaccine doses beginning to roll out across the country, there is a light at the end of the tunnel with COVID-19,” said Bergen. “A top priority for Minister Champagne must be to put in place strategies and policies for Canada to get the greatest benefit out of the post-pandemic economic recovery.”

According to Dr. Khalid Syed, an orthopaedic surgeon at Toronto Western Hospital, opportunities for innovation in Canada’s healthcare system are endless. Speaking at HealthTO,…