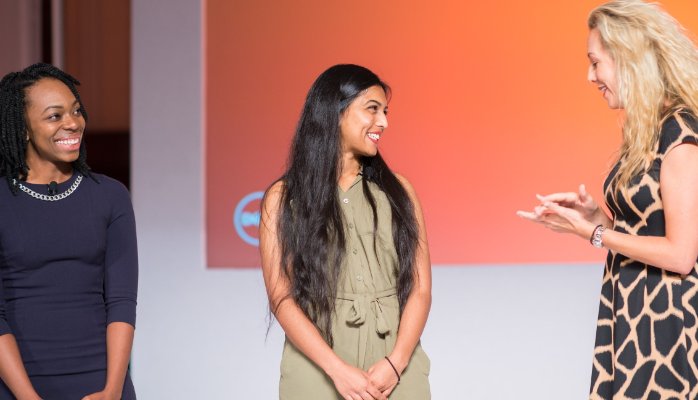 I’ve worked in the startup community in Toronto since 2008, and I’ve consistently been asked one question in media interviews or at events: what’s it like to be a woman in technology? My answer is usually that I’ve never felt at a disadvantage, but then again I’ve never tried to raise funding in the male-dominated VC industry, and I’m not an engineer, a traditionally male-dominated department at any company. I’ve always been surrounded by powerful and smart women, first in my journalism class at Carleton, which was overwhelmingly female; then at a PR agency, which was at least 75% female; then at startup Sprouter, which was founded by Sarah Prevette (50% of our team was female); and now at 88 Creative, where eight out of 11 team members are women.

Overwhelmingly the common belief is that whether entrepreneurs are looking for funding, launching a company, or learning to code, it’s still a man’s world.

A new global scorecard is looking to shine a light on how countries around the world fare when it comes to the landscape and support system for female entrepreneurs, and Canada has placed second on the list. For the past five years I’ve been attending the Dell Women’s Entrepreneur Summit, which brings together female entrepreneurs, journalists, and speakers from around the world. This year’s event in Berlin featured speakers including Girl Scouts of the USA CEO Anna Maria Chavez, and past events have featured Arianna Huffington and The Knot founder Carley Roney.

In 2013, Dell started commissioning research about the global entrepreneurial landscape for women, comparing data from 31 countries and producing an annual ranking, which they announce at the annual conference. This year’s Global Women Entrepreneur Leaders Scorecard was released in June, and ranks Canada second out of 31 countries (behind the U.S. and ahead of Australia). The scorecard measures 21 indicators including institutional and business environment; access to resources; existing entrepreneurial leaders (check out this year’s Profit W100 for some great examples); and legal rights. The scorecard pulls data from sources like the Global Entrepreneurship Monitor (GEM), World Economic Forum (WEF), World Bank, and others.

Canada ranked second on the list for some obvious reasons – we have equal rights; we’re well-educated and have access to post-secondary education and SME training programs; and we have ready access to the internet and bank accounts.

Change comes slowly and only with the commitment of existing leaders in the public and private sector.

There are some areas for improvement, though. The scorecard sets out a target of 10% for companies with female CEOs, and right now that number sits at 3%. Likewise, the target for female senior managers is 35%, and we’re only at 25%. Women currently hold 21% of the board seats in Canada, and the global target is 30% – France is the only country on the list to meet that goal.

Ruta Aidis, the project director for the annual scorecard, wrote in The Globe and Mail last month about why Canada is an emerging hot spot for high-impact female entrepreneurs, citing the BDC’s recent commitment of $700 million to finance female-owned businesses. She also outlined the limitations though, including limited access to capital and limited representation on boards and in the C-Suite. Her recommendations for improvement include creating incentives for women-owned businesses to apply for government contracts; increasing the gender split in the C-Suite and on boards; and highlighting more female entrepreneurs in the business media.

Even Aidis admits there’s no silver bullet. While these scorecards help to highlight the existing landscape, change comes slowly and only with the commitment of existing leaders in the public and private sector.

BDC’s funding commitment isn’t the only sign things are changing. Over the past several years I’ve seen organizations like Ladies Learning Code emerge as a best-in-class resource for women in technology, and entrepreneurs like Muse founder Ariel Garten raise funding and gain global attention. But overwhelmingly the common belief is that whether entrepreneurs are looking for funding, launching a company, or learning to code, it’s still a man’s world.

As a student, startup employee, journalist, and now the leader of a small business I’ve never felt that being a woman has limited my career success. Hopefully I never will, and measuring our landscape and comparing it to the global community will help ensure that.

Machine learning engineer among Indeed’s jobs to watch in 2018

Based on growth in 2017, job site Indeed has released a report on the top jobs to watch in 2018. Jobs enabled by tech…