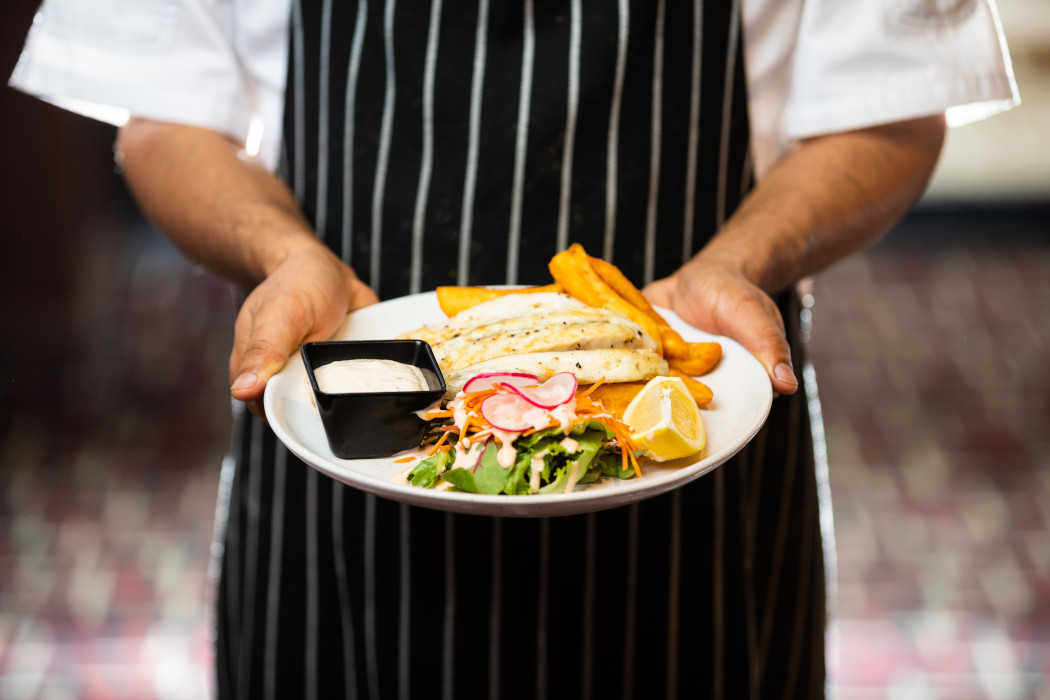 Toronto-based restaurant supply chain software startup ChefHero has officially rebranded to Notch after executing what it says was a successful pivot during COVID-19.

According to CEO Jordan Huck, in March 2020, Notch’s business faced “an extinction-level event.” In an interview, Huck told BetaKit, “It could have been it for us as a food tech company.”

“If you’re not helping reduce costs in an environment like the pandemic, it’s over for you as a company.”
-Jordan Huck,
CEO of Notch

Now, Huck said Notch is ready to grow its team and expand across the United States.

When COVID-19 first hit in March 2020, Huck said food orders through Notch (then ChefHero) dropped precipitously, and the startup’s revenue decreased by 80 percent week-over-week. At the time, the company’s business was driven primarily by restaurant food order volume, and Notch operated solely in Toronto and Chicago, restaurant markets that Huck referred to as “two of the most severely impacted” by the pandemic.

As a result, Notch decided to lay off about 10 people (approximately 20 percent of its staff) and reduce executive salaries. Altimimi left the company and Huck, who took over as CEO in March 2020 after previously serving as president alongside Altimimi, took a 50 percent pay cut while the rest of the company’s leadership team took 25 percent.

But as COVID-19 wreaked havoc on the restaurant sector, Notch identified an opportunity. Given restaurants’ increased reliance on delivery during the pandemic, Huck said, the profit margins of restaurants and distributors shrunk.

“It was the perfect opportunity for us to refocus our business model on ways to drive efficiencies,” said the CEO. “If you’re not helping reduce costs in an environment like the pandemic, it’s over for you as a company.”

In March 2020, Notch raised $3.44 million CAD from its board members in what the company referred to as a “Series A-1” round. This funding came two years after the company raised a $12.6 million Series A round led by Accomplice. In July 2020, the startup secured an additional $3 million from BDC.

Prior to the pandemic, Huck said Notch focused mainly on the buyer side, helping restaurants discover new distributors. “But that wasn’t really the problem,” said the CEO. “So what we’ve done is basically rip the product apart and rebuild it to facilitate bringing on your existing supply chain.”

“On the distributor side, we built a brand new product [called Connect] that lets them bring all of their ordering online, integrated into their ERP and accounting systems,” said Huck. Today, Huck said Notch’s software gives restaurant customers a better understanding of their food costs. “We’ve really refocused the company around helping drive those efficiencies, bringing visibility to the supply chain.”

Huck said these changes helped Notch increase the number of stock keeping units (SKUs) on its platform from 20,000 to 100,000 “in just over a year,” and add hundreds of new restaurant partners.

Since then, the CEO said Notch’s monthly gross merchandise volume (GMV) has grown by 300 percent. “We’re approaching close to $2.5 million a month in top-line spending going through the product,” he said.

The company has also nearly doubled its staff, growing from 40 post-layoffs to around 70 today, and is currently looking to add more people in software, finance, business development, and human resources roles.

“We’ve hired everybody back and then some,” said Huck. The CEO also noted the startup’s executive team will have their salaries returned to pre-pandemic totals this week.

According to Huck, market feedback has told the startup that “the timing is now for us to be able to help restaurants and wholesale purveyors, [help] wholesale distributors focus on reducing costs, [and] streamlining their operations through technology.

RELATED: TradeCafe raises $10 million from Round13 amid pandemic’s impact on food supply chain

“The number we’re hearing is 40 percent of restaurants aren’t going to make it through this pandemic,” said Huck. “There’s going to be the greatest re-platforming opportunity ever.”

This January, Notch launched in cities across Texas, and the company has plans to expand to cities in California, New York, Boston, and Florida over the next 18 months. Huck said the startup also plans to raise a Series B within the next year, and sees plenty more room for growth.

“The spots on Queen Street are not going to stay empty,” said the CEO. “Someone’s going to fill them, and we want to be there to help those entrepreneurs in this new, reimagined environment.”

Photo by Peter Dawn via Unsplash