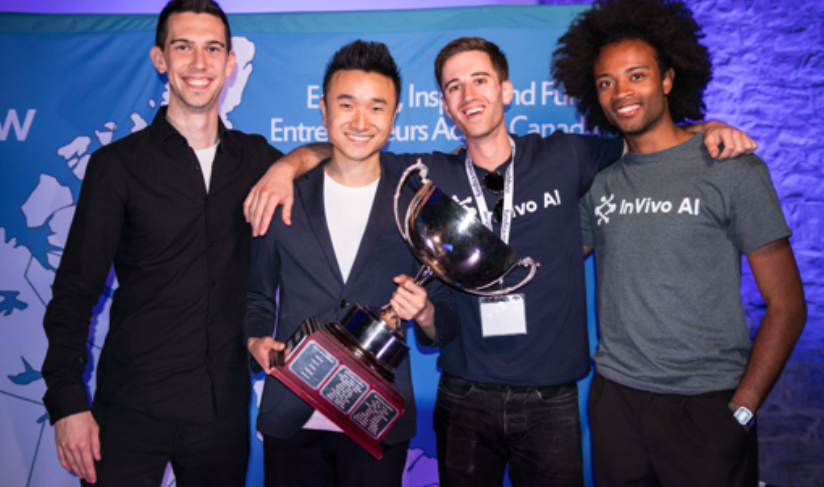 The Fundica Roadshow has announced the three winners of its grand finale, where 10 startups pitched to take home a $500,000 equity investment award powered by Panache Ventures.

The winners include Chris Atkinson of FleetOps, which has developed a fleet tracking intelligence platform that gives businesses the ability to take orders on route, track hours of service, and view GPS and speed events for drivers; Michael Cheng of Lumen5, which has developed an AI-powered video creation platform that turns blog posts into engaging videos; and Daniel Cohen and Therence Bois of Invivo.AI, which is using AI to streamline the development of new drugs.

“Between FounderFuel Demo Day, the Fundica Roadshow Finale, and Startupfest, last week was pretty incredible for Invivo.AI,” Daniel Cohen, CEO and co-founder of Invivo.AI, told BetaKit after their Startupfest win.

Since April, Fundica has hosted pitch events in Toronto, Montreal, and Vancouver. On July 12, the top pitchers from each city pitched at the grand finale to be considered for an investment from Panache Ventures. In the past, the Fundica Roadshow hs offered a $1 million investment prize and hosted pitching events at 10 cities across Canada.