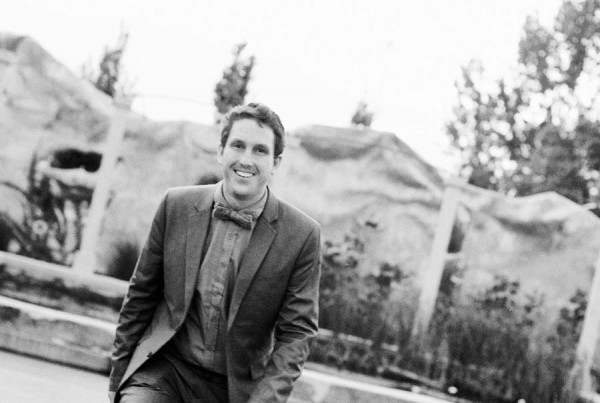 Filmmaker and photographer Taylor Jackson, Lindsay Coulter and their film crew are nearly done completing the “Startup Community” documentary about Waterloo Region, and they also released a one-minute preview.

In an interview Jackson told BetaKit that during filming there was “no door that we couldn’t open or no person we couldn’t talk to. It was really cool to be in that position.”

The expected date for the projected one and a half hour documentary is late January or early February, consistent with earlier estimations. In a recent blog update Jackson wrote that “this is something that thousands of people are counting on to put Waterloo Region and our Startup Community on the map, and we won’t let you down.”

“The filming process itself was amazing. We spoke with some of the most influential community builders, people that have built billion dollar companies from the ground up,” he wrote. “We’ve been so inspired by these people and we know you will be too, which is why we’re so excited to share another glimpse in to the filming process with our new trailer.”

In July the group made an Indiegogo crowdfunding campaign aiming to raise $10,000. Instead, the campaign hit $17,535 in just under two months. As a result Jackson has been able to hire a top quality post-production team to “rely on someone else to do what they do for a living to make this project even better.” He said the project got so big that bringing on a few extra bodies was necessary. As we speak the team is undergoing a “huge assembly cut” to prepare the film for its big opening in 2014.

The funding campaign turned out to be a small indicator of what the Waterloo community is all about, Jackson told us. He said the fact that so many people got behind the film, whether it be through financial help or willingness to go on camera, reflected what the actual documentary is about: an extraordinary startup community that supports each other more so than other places.

“I think that was the most unexpected part of it, when we put it up online, we hit our funding goal so fast and I just think that that’s the underlying story to the story,” said Jackson. “Just the way that everybody collaborated and combined forces.”