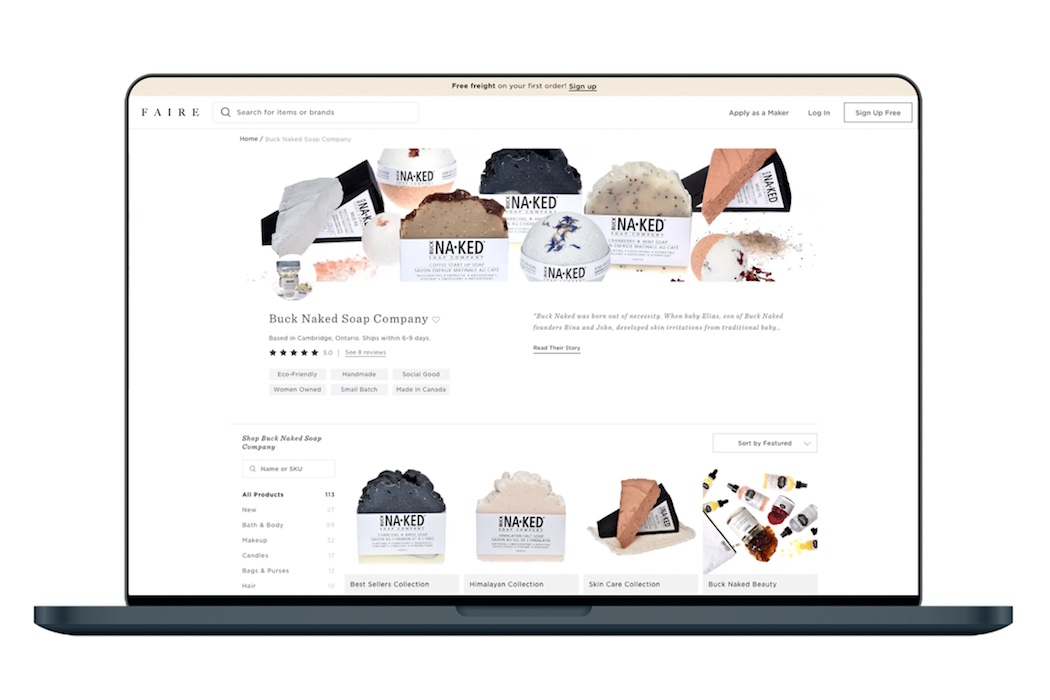 Faire, a wholesale marketplace startup headquartered in San Francisco and Kitchener-Waterloo, recently made its services available in Canada for the first time.

Canadian retailers can now discover and order from the thousands of independent manufacturers or “makers” available through Faire’s platform.

“This launch will give international exposure [to] smaller Canadian makers and retailers who often have to work twice as hard to grow their business.”

Canadian retailers can now access over 7,000 makers on the Faire platform. Faire, which launched in the United States in 2017, offers retails are a way to discover new products to sell in stores, while reducing the risk associated with trying new brands in-store by allowing unsold inventory to be returned. The goal of the company is to help smaller, local retailers to get a competitive advantage with the bigger retail players.

The company officially announced the new availability in October, a few months after it announced the addition of select international makers. The company said Canada has been an important part of its journey, as it is home to Faire co-founder and CTO, Marcelo Cortes, as well Faire’s engineering headquarters based in Kitchener-Waterloo.

Faire also quietly raised a $150 million USD Series D round in October, choosing not the announce the funding in Canada. Following the raise Communitech reported that Faire had become one of the Waterloo Region’s newest unicorns.

“We’ve loved working with Faire and are super excited they are opening up to the Canadian market,” said Rina Clarke, founder of Cambridge, Ont.-based Buck Naked Soap Company and a Faire maker. “As a Canadian brand, this will increase our exposure nationwide, within our backyard. This launch will give international exposure [to] smaller Canadian makers and retailers who often have to work twice as hard to grow their business.”

Faire claims to offer competitive shipping costs on order from the US that are “along the same lines” as domestic shipping. Retailers can connect directly with makers to test out potential bestsellers, and if the products do not sell, the retailer can return the products to Faire at no cost. The company has integrations with Square and Shopify.

“We know that makers and local retailers thrive when there is a level playing field. E-commerce and big-box retailers have access to big databases and tech tools to build their competitive advantage,” the company wrote in a Medium post. “The adoption of new tech tools like Faire allows local retailers to streamline the more tedious aspects of wholesale and access these insights to grow their business, too.”