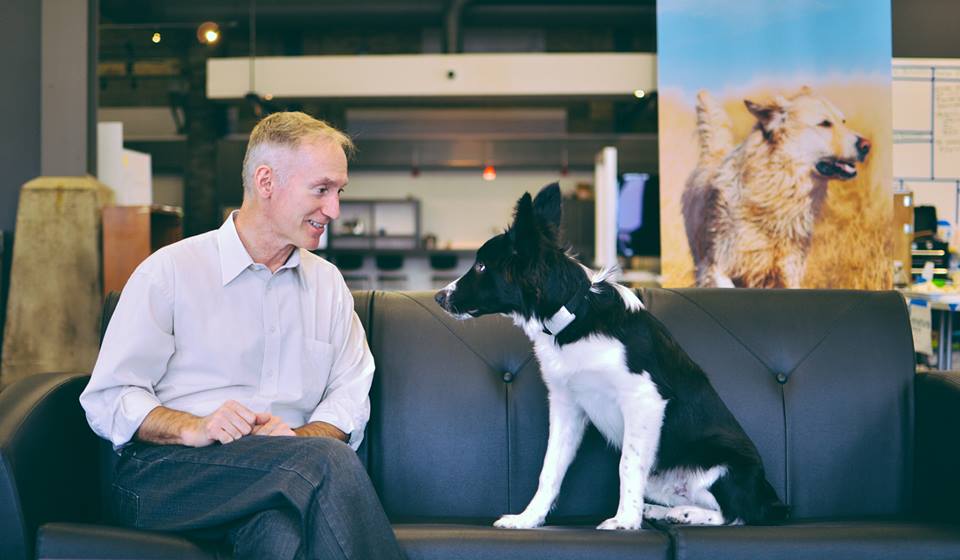 In a world where everything is becoming connected and quantified, dogs, cats and even horses won’t be spared. Connecting and quantifying animals isn’t new for Kitchener-Waterloo startup Konectera. The company launched CLEO Collar back in 2013 to keep tabs on smaller animals like dogs and cats and have recently introduced a new product, SeeHorse, to monitor and track horses.

Konectera is not structured like your typical startup. The company oversees multiple startups holding the IP, legal rights and equity across all of them. CEO Peter Mankowski calls it the “mothership” and both CLEO Collar and SeeHorse are the first of two startups under the corporation. For now, the mothership is focused on wearable technology for pets, but Mankowski told BetaKit that human wearables are being considered. The Konectera website positions the company as an “industry leader in machine to machine communication” using cloud-based sensor management platforms to service the pet, medical, first responder and other industrial applications. In March of this year, Konectera became one of seventeen companies accepted in the first Accelerator Centre (AC) JumpStart cohort, receiving $30,000 in seed capital and mentorship.

“People treat their pets very differently than anything else around them.”
– Peter Mankowski, Konectera CEO

Mankowski is no stranger to life sciences and technology. The CEO and inventor behind both pet wearable startups was a scientist working in Ottawa designing and building artificial hearts before establishing himself as an expert in hardware design and R&D for some of the largest tech companies in the world including, HP, Nokia and BlackBerry. His experience working at larger tech firms is what he feels gives him an advantage over other startup leads.

“I think my advantage over other founders, CEOs or technical people in this area is that I went through the cycle of building architecture, building an early concept and bringing this idea and this dream on a napkin into something that will be commercially available soon,” he told BetaKit in an interview. “I can basically pinpoint all important milestones which will contribute to your success or your failure. It’s the design cycle that I have done for many other companies several times that I think that is my biggest advantage and I will always be very thankful to BlackBerry for letting me do it.”

Mankowski sees an enormous opportunity in pet wearables. “People treat their pets very differently than anything else around them and they are emotionally attached to them,” he said. And he is right. The American Pet Products Association reported that in 2014 America spent $58 billion on their 397 million pets; in Canada, the Pet Industry Joint Advisory Council (PIJAC) sized pet spending at 6.6 billion. When it comes to wearable electronics for livestock, pet and wild animals in particular, IDTechEx forecasts that the global market will reach $2.6 billion by 2025 – a figure that Mankowski believes is pretty low.

Konectera’s first pet wearable startup, CLEO Collar, is a device that attaches to the collar of a dog or cat. The wearable monitors vital signs of the animal including heart rate, respiratory and temperature using modified sensors and specially designed algorithms to scan directly through varying types of fur. Using this data, CLEO Collar can alert owners when something is not right with their furry friend, such as when they are overheating. In addition, the device can track the location of the pet using GPS, although Mankowski told us that this feature is often turned off by users as it’s not always needed and can quickly drain the battery.

Although CLEO Collar also tracks movement and activity, including the ability to detect if your pet is walking, running, sitting, lying down or standing and calculating steps taken, distance covered and calories burned, Mankowski told us it was important for his company to go beyond step counting. “We didn’t want to build toys or a step counter, this has been done twenty years ago. Technology needs to move forward,” he told us. “Through our engagement with the Humane Society and other organizations, we listened and asked all stakeholders what is important to them. What problems do they have and how can we help solve them. What we discovered was that the makeup of functions and capabilities to solve those problems is surprisingly complex so we had to start from scratch. That is what sets us apart.”

At this time, CLEO Collar is currently being beta tested with around 500 of the devices in use by early adopters who are helping the company work out the bugs. The device is priced at $129 with a monthly subscription of $5 to access the data, although Mankowski told us that the company is currently not charging its testers.

Mankowski’s second startup, SeeHorse, on the other hand, is already selling its product to the public, being much further along than CLEO Collar despite only being launched a couple of months ago. Mankowski told us that SeeHorse’s traction is due to work already done with CLEO Collar, along with an undisclosed round of investment received by Konectera provided specifically to get SeeHorse into the market.

Where CLEO Collar monitors and tracks smaller animals like cats and dogs, SeeHorse is a device aimed at the equestrian market. SeeHorse helps to improve the health and performance of a horse by looking at pulse, respiratory capacity and temperature. It also monitors movements specific to horses such as cadence, impulsion and stride. But beyond its vital sign monitoring capabilities, what is particularly interesting about SeeHorse is its energy management features. The device boasts a kinetic battery recharge eliminating daily charging by extracting energy from the movements of the horse (when it does need to be charged, it can be done using Pico-wireless charging). It is the only animal wearable on the market providing these types of energy options, and is one of very few wearables (human or otherwise) to include energy harvesting as a feature.

Managing both CLEO Collar and SeeHorse has become increasingly challenging for Mankowski. The dual-CEO told BetaKit that he is actively seeking a replacement CEO for CLEO Collar to bring this pet wearable to market later this year, with hopes to have it ready for the holidays.

EnergyX raises $1 million from BDC Capital to fuel US expansion