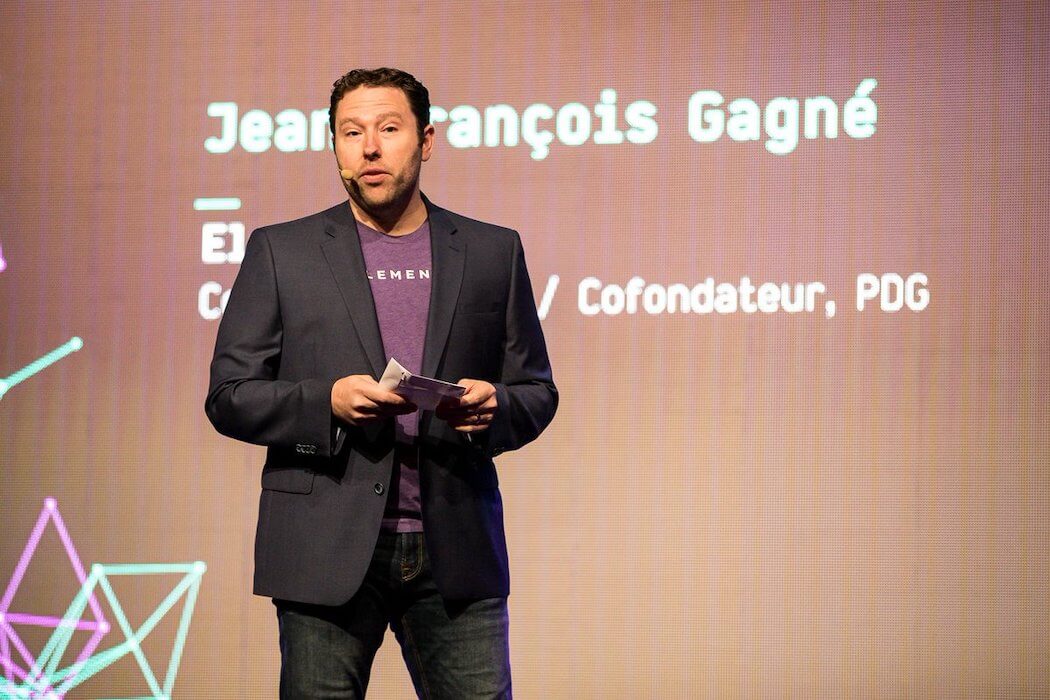 Element AI has closed a much-anticipated venture round, raising a $200 million CAD ($151.4 million USD) Series B from the Government of Quebec, pension fund Caisse de dépôt et placement du Québec (CDPQ), and McKinsey & Company, among others.

The $200 million in funding is one of the largest venture capital rounds in Canadian history, and follows a record-breaking year for Canadian tech.

“Operationalizing AI is currently the industry’s toughest challenge, and few companies have been successful at taking proofs-of-concept out of the lab, imbedding them strategically in their operations, and delivering actual business impact,” said Element AI CEO Jean-François Gagné. “We are proud to be working with our new partners who understand this challenge well, and to leverage each other’s expertise in taking AI solutions to market.”

The $200 million in funding is one of the largest venture capital rounds in Canadian history, and follows a record-breaking year, which saw Burnaby, BC-based legal tech startup Clio close a $330 million CAD round just last week, and Montreal’s Sonder raise $274 million CAD earlier this year.

News of Element AI’s plans to raise a Series B broke more than a year ago, with BNN Bloomberg reporting that the Montreal-based AI startup was looking to raise $250 million USD. Sources indicated to BNN that the sum would give Element AI a valuation of $1 billion.

It was reported by The Globe and Mail, in August, that the Quebec government, through Investissement Québec as well as CDPQ, contributed a collective $100 million USD to the round. Quebec’s Economy and Innovation Minister Pierre Fitzgibbon told the Globe at the time that Investissement Québec put up $25 million USD, with CDPQ contributing up to $75 million USD, giving it the right to appoint a director to Element AI’s board.

It has been a breakthrough year for Element AI, with the company announcing its first customers and launching its first products since it was founded by Gagné and one of the godfathers of deep learning Yoshua Bengio in 2016. Following its launch, Element AI became one of the world’s biggest AI startups. Despite only coming out of what Gagné has previously called the startup’s “stealth phase” in February, Element AI already has five offices globally and continues to partner with academia, businesses, and governments to advance research in AI.

In 2017, the startup raised a historic $137.5 million Series A funding round from a group of investors including Intel, Microsoft, National Bank of Canada, Development Bank of Canada (BDC), NVIDIA, and Real Ventures. At the time the startup announced plans to hire 250 people globally by January 2018, as well as 100 people for its Toronto office. At its height Element AI had more than 500 employees, including 100 PhDs. The company’s headcount currently sits at around 450 employees globally.

In December 2018, Element AI received a $5 million loan from the federal government through the Quebec Economic Development Program.

Element AI has positioned itself as a global leader in AI, helping to further Quebec’s sector and working with the federal government and global organizations to promote ethical AI policies on an international stage. The startup helped bring about the Toronto Declaration in May 2018, which helped set international standards for ethical AI. Gagné also sits on the European Commission’s High-Level Expert Group on Artificial Intelligence, which supports the implementation of the European Strategy on Artificial Intelligence.

However, despite early fanfare, Element AI has faced difficulties getting products to market. According to The Globe, the startup has faced high operational costs, setbacks on the development of two of its flagship products, causing it to lay off staff, and minimal revenue.

The $200 million raise also comes amidst news that CEO Gagné may be planning to leave the company, despite sources indicating to BetaKit that this was not true. The Logic recently reported that his decision caused delays in finalizing the deal because of complications around the negotiation of Gagné’s compensation package. It was also reported that Anne Martel, fellow co-founder and Element AI’s SVP of operations, as well as Gagné’s spouse, is also expected to leave the company. Element AI told BetaKit it does “do not comment on rumours.”

“With this transaction, we are investing capital and expertise alongside partners who are ideally suited to transform Element AI into a company with a commercial focus that anticipates and creates AI products to address clients’ needs,” said Charles Émond, executive vice president and head of Québec investments and global strategic planning at la Caisse. “This transaction is part of the CDPQ-AI Fund recently created by Caisse de dépôt et placement du Québec to accelerate the commercialization of artificial intelligence solutions. “Through this fund, la Caisse wants to actively contribute to build and strengthen Québec’s global presence in artificial intelligence.