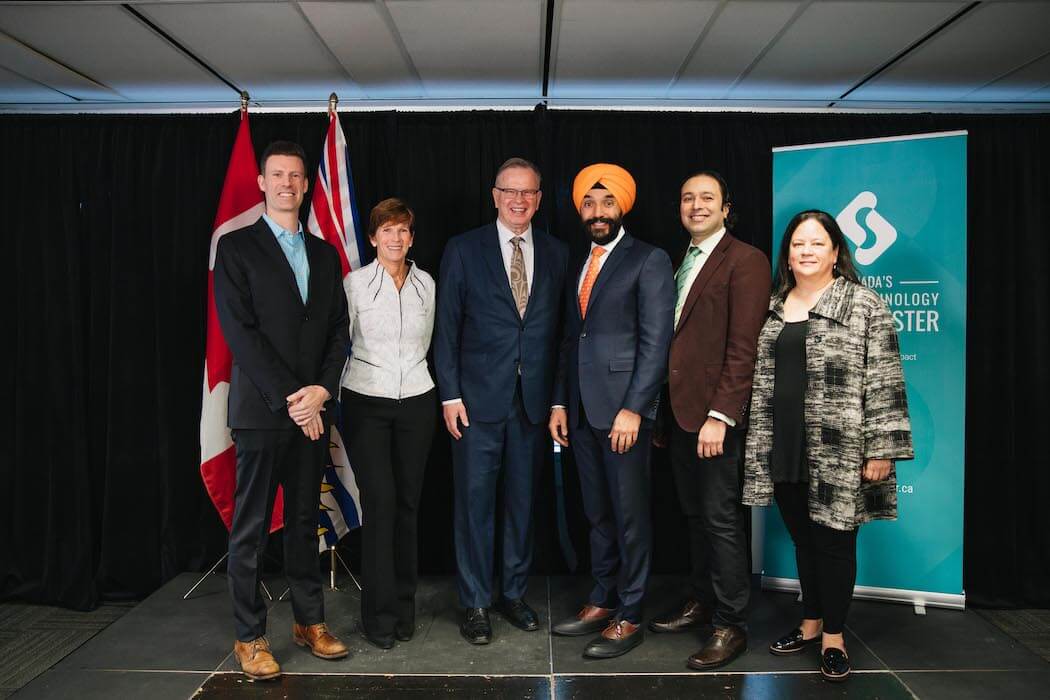 The latest projects to receive funding through the Digital Technology Supercluster were announced on Thursday. A total of 14 new projects have been chosen for the federal government-led initiative.

“The Digital Technology Supercluster is building strong momentum, creating a hotbed of innovation.”

The Digital Technology Supercluster has the broadest mandate of the five clusters chosen for the Government of Canada’s Innovation Supercluster Initiative. The projects it has chosen to fund span health, data, cleantech, and more. The 14 projects announced on Thursday are divided into two categories, with six technology broad-ranging projects and eight “capacity-building projects.”

The technology projects include work on maintenance and inspection of augmented reality, freshwater data, healthcare, AgTech, and opioid pain management. British Columbia’s cleantech startup Terramera is leading one such project.

Terramera has developed technology for clean food by developing natural alternatives to chemical pesticides and fertilizers. In 2019, the company raised a $59.5 million CAD Series B round. Along with nine partner organizations, including three universities, Terramera’s project will use machine learning and robotics to test new pest control measures, with the hope of making the world’s food supply safer.

The capacity building projects are meant to provide digital skills to women, Indigenous peoples and citizens in remote and rural areas. Partners of these programs include Female Funders, Communitech, The University of British Columbia, BC Tech Association, and Accelerate Okanagan. The groups are working on a variety of topics including diversifying talent in quantum computing, women in entrepreneurship, and learning to access and raise capital.

The Britsh Columbia-based Supercluster’s reveal of its newly funded projects comes in the same week that Quebec-based Supercluster Scale AI shared 14 projects it has provided funding for. Navdeep Bains, minister of innovation, science and industry, was on hand for the Digital Technology Supercluster announcement, as the government has been ramping up its own funding announcements in the past week, since the Liberal Party was re-elected for its second term at the end of 2019.

“The Digital Technology Supercluster is building strong momentum, creating a hotbed of innovation, collaboration, and growth here in the greater Vancouver region and across BC and Canada,” said Bains, who played a large part in launching the federal government’s Supercluster initiative.

Leadership is not about your good intentions

I don’t honestly remember which Mike it was. But early in my life as a manager I remember Mike, (or maybe Mike, or Mike,…