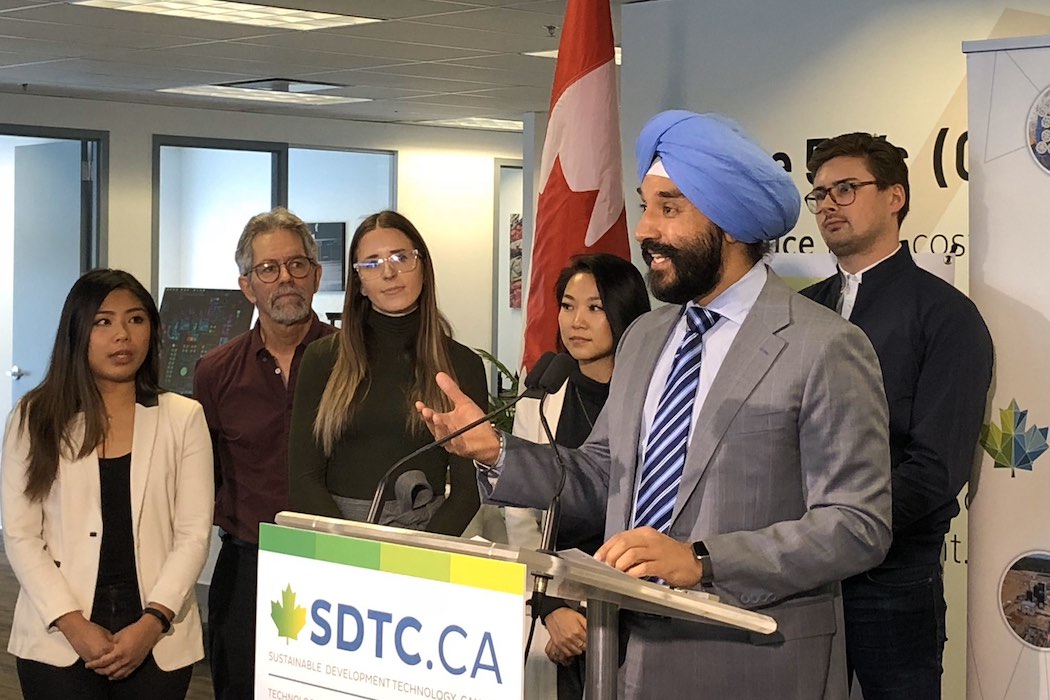 One of the recipients of SDTC funding is E-Zn, which recently raised a $3.4 million seed round.

The funds were deployed into companies that the federal government said are innovating to tackle climate change and promote sustainability. SDTC supports projects directly related to climate change, clean air, clean water, and clean soil. The organization was created by the Government of Canada in 2001.

“Canadian cleantech entrepreneurs are tackling problems across Canada and in every sector. I have never been more positive about the future,” said Leah Lawrence, president and CEO SDTC. “SDTC remains committed to helping companies accelerate their clean technologies, from seed to scale-up.”

The companies receiving SDTC funding are:

RecycleSmart Solutions, which has developed a multi-sensor system aimed to decrease the driving distance of collection trucks, received $1.68 million.

Synauta aims to reduce energy usage in desalination plants and reduce chemical usage by increasing the efficiency of operations. The Calgary-based startup received $1.2 million from SDTC.

Anaergia, which received $6 million, looks to turn biosolids into energy and fertilizer. The company said its technology would reduce GHG emissions, health risks, and disposal costs compared to landfilling biosolids.

Fibracast has created membranes that are intended to reduce water, energy, and air pollutants by removing pollutants from wastewater. The company received $2.5 million.

Equispheres‘ powders allow automotive and aerospace manufacturers to reduce the weight of their products and make them more fuel-efficient. Equispheres received $8 million.

E-Zn, which announced its seed round last week, received $2 million from the SDTC. E-Zn has developed a renewable grid-scale energy storage solution using zinc metal. When announcing its seed round, E-Zn mentioned it had recently completed a project funded by SDTC.

Xanadu has created quantum computers that will be able to solve computational problems beyond the reach of today’s computers while consuming much less electricity. Xanadu received $4.4 million.

Pyrowave’s technology breaks down plastics using high heat produced by microwaves and that can be used at recycling facilities and at producers of plastic waste. Pyrowave received $3.3 million.

The more than $46 million in funding for cleantech follows shortly after Minister Navdeep Bains made clear that supporting the commercialization of Canadian cleantech was one of his top priorities in his new mandate.

The funding will be used to expand Resolute’s Kenogami facility in Saguenay, Québec, to manufacture industrial-scale cellulose filaments, which have properties that allow them to be used as a reinforcing agent in consumer products. Along with a $4.9 million investment, two of Resolute’s innovation projects received $6.7 million from the Government of Québec.

The investment was made through the government’s Investments in Forest Industry Transformation program, which aims to encourage the forest sector to deploy new technologies and develop products for emerging markets.

The amount of time playing games on mobile devices has significantly increased. The latest Canadian stat showed gaming as the second most popular activity…