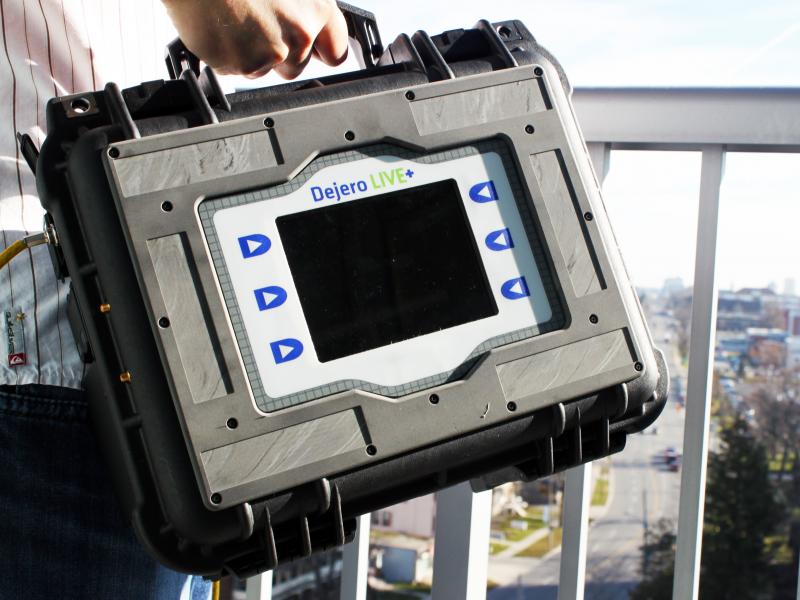 Dejero targets media and broadcast companies through its cloud-based LIVE+ platform, which it says can deliver broadcast-quality live video from almost anywhere in the world. As news organizations typically rely on satellite and microwave trucks for live news-gathering, Dejero says that its solution is more cost-effective. Its portable transmitter blends cellular connections from multiple carriers to create a “virtual network of networks” with enough bandwidth to send broadcast-quality video back to the studio.

The company’s customers include ABC, CBC, CBS, CTV/Bell Media, Fox, NBC, and Rogers Media. CEO Brian Cram said the company will use the funding to continue supporting this platform, and will expand to the EMEA and APAC regions in 2017.

This year, Dejero is partnering with Aeryon Labs and hopes to use drones to distribute real-time video.

“Dejero will be launching a new connectivity solution later this year that provides fast, reliable, and secure access to the public Internet and private networks,” said Brian Cram, CEO of Dejero. “This will enable news crews and production companies to access media assets at a broadcast centre or studio, and quickly transfer very large files from their vehicle while on location and while in transit, saving valuable time.”

This year, the company is partnering with Aeryon Labs and hopes to use drones to distribute real-time video.

“With the shift in content consumption to online and mobile viewing, Dejero also simplifies how broadcasters and media organizations reach their social video and streaming audiences in addition to their traditional TV audiences,” said Cram.

The company ranked 37 on Deloitte’s list of Fast 50 companies last year. It was Dejero’s third year in a row of being counted on the list.

“Dejero shows incredible entrepreneurial ingenuity, and we are proud to support a Canadian company that has scaled its business to the point of being globally competitive,” said Mark Usher, partner at Wellington Financial. “Dejero’s technology is indispensable to news teams internationally, and it will only gain further momentum as its capabilities expand beyond news reporting and into the ever-broadening world of live broadcast media and entertainment.”