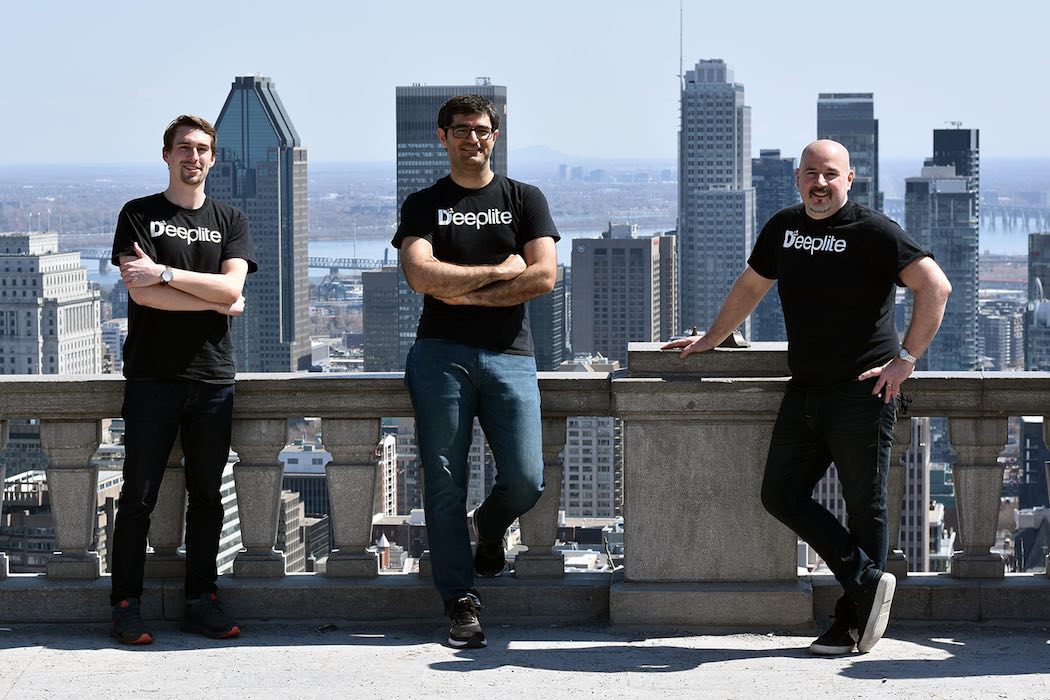 Nick Romano, CEO and co-founder of Deeplite, told BetaKit the round consisted of two components: the first was a $2 million USD convertible note completed in July 2020, which included participation from Desjardins Capital, Somel Investments, and BDC Capital through its Bridge Financing Program.

The $4 million USD priced round, which closed at the end of March, was led by Boston-based venture capital firm PJC, with participation from Innospark Ventures, Differential Ventures, and Ajay Shah, who is the executive chairman of Smart Global Holdings. BDC Capital, Desjardins Capital, and Somel Investments also provided follow-on capital.

Deeplite’s product is currently primarily targeted to the computer vision vertical, which spans a number of industries, such as semiconductor companies and automotive businesses. Neutrino went live as a commercial product in June 2020, and Romano said there are currently four customers using the software, with several more currently in the contract stage.

Romano explained that depending on the complexity of each use case, deep neural networks are typically large and require a great deal of processing power and memory in order to run AI models. He said these constraints make it very difficult for neural networks to be deployed.

“Everyone wants to adopt deep learning because it can deliver amazing performance, it has some of the best predictive power nowadays as a model,” added Davis Sawyer, co-founder and chief product officer at Deeplite. “But the computational demands are a major barrier to adoption.”

“Automating the arduous process of finding a compact neural network that meets your size, meets your latency, doesn’t drain too much energy, and is still accurate, is something that we wanted to solve,” added Sawyer.

Deeplite was founded in 2018 in Montréal-based TandemLaunch, a startup creator and seed fund. The startup spun out from TandemLaunch in 2019, with $600,000 in pre-seed funding from the incubator.

The proceeds from this latest seed round will help Deeplite accelerate the research and development of its technology, grow its team, and expand to new markets.

A portion of this new funding will go toward research. Deeplite is currently collaborating with Yoshua Bengio, the scientific director of Mila, on new ways to further optimize AI-based neural networks.

Romano noted that Deeplite’s collaboration with Bengio and Mila may extend to solve more open-ended problems in AI, such as accessibility and affordability.

“Addressing the challenge of running complex and sizable deep neural networks on limited compute power is crucial, and we’re excited to support Deeplite’s unique technology strategy and the innovation resulting from this partnership,” said Bengio in a statement.

“The 401 may as well be called the AI superhighway when you talk about just the talent pool.”

“Ultimately, what we’re trying to do is increase the brand awareness of the platform and create advocates that are going to potentially influence economic buyers within their companies,” Romano said.

There are currently 15 people on Deeplite’s team, and Romano hopes to bring this number to 32 by the end of the year. Romano said Deeplite plans to recruit not only in Montréal but also in Toronto and internationally, via the Global Talent Stream. Deeplite also plans to set up a physical hub in Toronto when it “makes sense” to open a new office.

“The 401 may as well be called the AI superhighway when you talk about just the talent pool,” Romano said. “So it just makes sense for us.”

Deeplite’s growth plans also come at an interesting time for the Montréal AI tech ecosystem.
Element AI, once hailed as the city’s AI darling, was acquired in January by ServiceNow for $230 million USD. The deal, which included the termination of an undisclosed number of Element AI’s employees, was characterized as a disappointment by some in the Canadian tech community.

Even as Element AI monopolized much of the Canadian AI community’s attention, other homegrown AI firms began to see their own success. In 2019, Element AI was the sole Canadian company that made CB Insights’ global list of top AI companies. Last year, Deeplite was one of seven additional companies that made the list. This year, five Canadian startups made CB Insights’ top 100 list, three of which hailed from Québec.

Sawyer told BetaKit Montréal has all the right ingredients to be a world leader in AI, but noted that Canada does not currently house a company the size of Samsung, Apple, or Google.

“Canada, in terms of tech exports, is something that we certainly prioritize, and I think that’s something that we want to be at the vanguard of, as we take these ingredients and really maximize them to their full potential,” he added.

Don’t be the Drunken Entrepreneur

Imagine the most important pitch you’ve ever given. Now imagine doing it drunk. If you’ve just put in five, six or seven consecutive sleep…