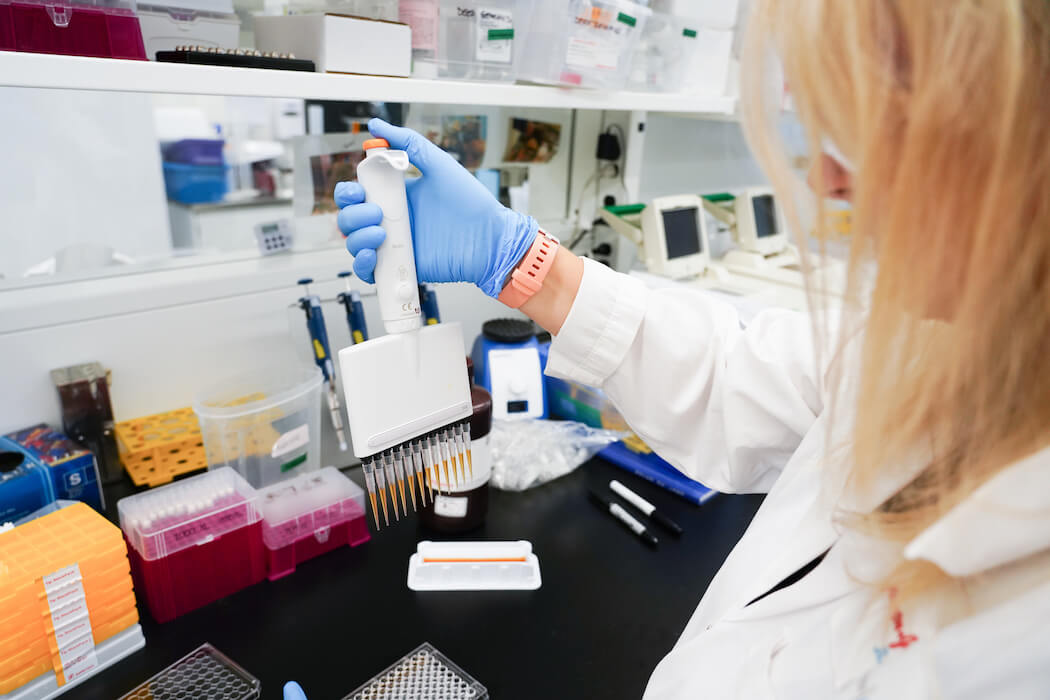 Deep Genomics has secured $226 million CAD ($180 million USD) as the startup has increased the number of drug candidates it has discovered using artificial intelligence (AI) and is eyeing clinic trials.

The financing was led by SoftBank Vision Fund 2 and marks one of the largest rounds raised by a Canadian artificial intelligence startup, putting Deep Genomics alongside the likes of Element AI and Clio. The round brings Deep Genomics total funding to date to around $302 million CAD.

The startup has significantly increased the number of drug candidates it has discovered using AI since it was the first in the world to ​​use the technology to discover a drug candidate in 2019. Currently, Deep Genomics has 10 AI-discovered drug programs in its pipeline for 10 different diseases and is moving towards having those programs in clinical trials in the next couple of years.

“These are programs that would not exist without our unique AI capabilities,” said Brendan Frey, founder and CEO of Deep Genomics, who noted the startup expects to have another 30 drug programs by the end of 2022.

“It’s all about scaling up now,” the CEO said in an interview. “In 2019, we got the AI to work, proved it with the Wilson disease, and the last year and a half it’s been about scaling it up, just ready to go all out.”

The Series C round also included new investors Canadian Pension Plan Investment Board and Fidelity Management & Research Company LLC, as well as return investors, True Ventures, Amplitude Ventures, Khosla Ventures, and Magnetic Ventures. The $226 million is all equity capital, though the deal included a secondary component. Frey declined to share details about which investors were bought out, but noted it was less than $10 million.

As part of the round, Elena Viboch, the investment director at Softbank Investment Advisers, is joining Deep Genomics’ board of directors.

Deep Genomics has developed a platform that uses deep learning-based technology to help geneticists, chemists, and molecular biologists create drug therapies. Its software system searches across billions of molecules and pinpoints compounds that can be used to alter the composition of cells. The company states it “​​uses AI and machine learning to program and prioritize the most effective and safe RNA therapeutics for genetic diseases.”

Ribonucleic acid (RNA) is a molecule similar to DNA that converts and carries instructions for making proteins – part of the drug discovery process. RNA therapies, which Deep Genomics focuses on, can be programmed to precisely target genetic causes.

“The idea of using RNA to develop therapeutics, it’s been around for some time and, really, the promise is that it lets you treat diseases directly and it lets you develop precise drugs,” said Viboch, who worked in the pharmaceutical and biotech space prior to SoftBank.

Viboch pointed to Deep Genomics’s proprietary AI platform as one of the main reasons SoftBank invested in the startup and called Frey and his team pioneers in the field of combining machine learning, software engineering, and genomics.

Deep Genomics ​​made its first-ever discovery of a disease treatment and drug candidate using AI in 2019, a notable feat for the six-year-old company as it beat out other companies, including pharmaceutical giants, working towards the same goal.

Deep Genomics is among a number of startups operating in the AI drug discovery space. The group includes Atomwise, which was born out of the University of Toronto’s incubator, and United Kingdom-based Exscientia, which also recently secured financing from SoftBank as part of a $525 million USD deal. The field also includes Google subsidiary DeepMind, which has developed software that generates 3D models of proteins​.​

“Where Deep Genomics really, particularly shines is that their AI program can program RNA therapy for almost any gene, in any genetic position,” said Viboch.

“[Deep Genomics has] really hit our stride,” said Frey, claiming that since identifying the Wilson diseases therapy the startup has become a “well-oiled machine.”

Over the next two years, Deep Genomics expects to evaluate more than 100 different genes in its wet lab, with the exception that it will add 30 therapeutic programs to its pre-clinical trials, with an additional 80 patents. The company expects to tests its first drug therapy in humans this fall.

The company is also working with BioMarin Pharmaceutical to identify drug candidates in four rare diseases. It’s partnerships like these that sustain Deep Genomics as it works towards the commercialization of its drugs, which it expects to hit by 2028.