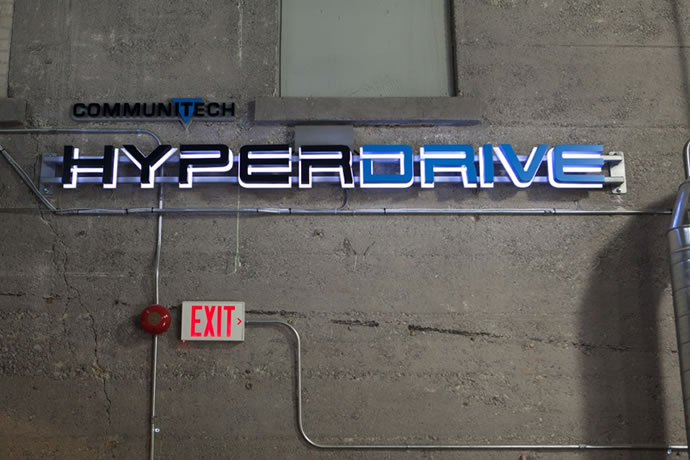 It’s been over a year since Communitech launched HYPERDRIVE, a $30 million accelerator program that assists early-stage tech startups to bring their ideas to market.

To-date, HYPERDRIVE has accepted 18 companies to its first two cohorts, which has raised a total of $3.7 million and created over 70 jobs for the Canadian economy. Some of the notable companies that have been involved are Incentivibe, The Dandy Co., and PumpUp.

Coming up on July 30th will be an announcement of those involved in Cohort 3. These startups will be the first ones to experience a deeper relationship with HYPERDRIVE. Doug Cooper, HYPERDRIVE’s Managing Director, stated that “We have realized for a while that traditional seed-accelerators don’t go far enough. Companies need to transition into a sales and marketing mindset as soon as they have validated their business model – which is why we are extending the program to 6 months.”

This change in timing doubles the program length from its original 3-months. According the release, the first 3-months is the ‘sprint’ where companies focus on building out their core business, then ends with a Demo Day to pitch to various tech investors for a further chance of winning a $150,000 investment. The final 3-months are engaged in strategy, sales and marketing.

In addition, to add more fuel to HYPERDRIVE and attract other investors, a 2nd DemoDay will occur “in the critical adjacent market of Toronto.” Interesting move as there’s some seriously cool technology being build in Waterloo that investors, plus other accelerator programs, would be interested in. Part of the larger scope is to ensure all companies gain access to counsel and to accomplish this they’ve created a HYPERDRIVE Advisory Group to ensure the program continues to be globally competitive.

Update: Communitech posted news that the Waterloo Demo Day is happening on October 18th, plus the new Toronto Demo Day will be in November. In addition, the New York trip for startups to connect with investors and potential customers is currently planned for December 3rd.