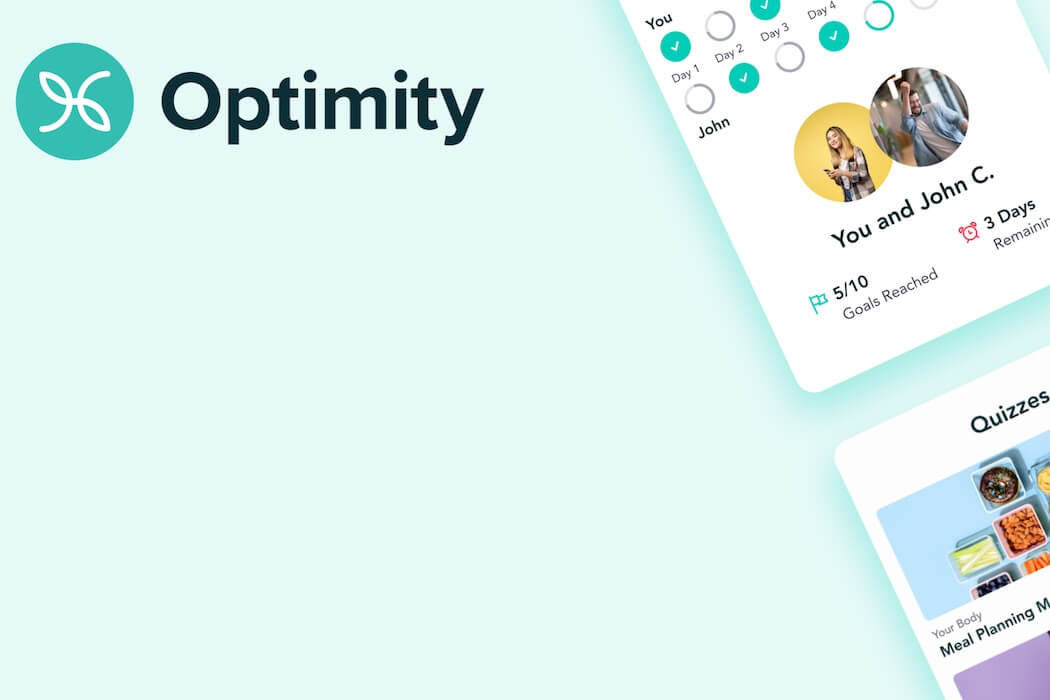 As of Tuesday, the Carrot Rewards app has officially been re-launched as Optimity, after the Toronto-based health and wellness startup acquired Carrot’s user data late last year.

The health rewards program and app has been revamped and the new version now operates as Optimity.

The app began beta testing in mid-2020, and is currently rolling out to one million legacy Carrot users.

The previous version of the Carrot app leveraged behavioural economics and nudge theory with the goal of incentivizing Canadians to make healthy choices by receiving rewards from large organizations and insurance partners. Much like the original app, the Optimity version incentivizes users for reaching step targets, but has been expanded to include additional features, and builds off of Optimity’s original focus, which is enterprise offerings.

The app began beta testing in mid-2020, and is currently rolling out to one million legacy Carrot users and 500,000 additional consumers that signed up for the waitlist earlier this year.

Optimity is also continuing to work with Carrot rewards partners, such as Petro-Canada. The startup stated it has “doubled down” on the rewards previously offered by Carrot to better incentivize daily health actions.

Carrot Insights, the company behind the rewards app, originally shut down in the summer of 2019. At the time, the company filed for bankruptcy after running out of capital and seeing dwindling interest from users. Founded in 2016, Carrot was an AI-powered platform that garnered one million users at its peak. The startup had signed deals with major Canadian brands including SCENE, Aeroplan, Drop, RBC Rewards, and Aeroplan Miles. It also garnered support and interest from local and international governments, and private investors like Relay Ventures, Lumira Ventures, and EdgeStone Capital Partners.

The IP assets of Carrot were purchased by Planswell Holdings in September 2019, shortly before the FinTech company filed for its own bankruptcy. After a slightly convoluted process, the Carrot assets eventually found their home with Optimity when the startup acquired them in December 2019.

Founded in 2014, Optimity is a B2B software company that works with employees and policyholders to improve health, and secure insurance products to meet their various needs. It uses mobile apps and wearables to provide personalized coaching to users in order to help them build healthy habits. The company has clients across North America and Japan.

Optimity announced its intention to re-launch the Carrot app in January and spent 2020 making that happen.

Speaking with BetaKit earlier this year, Optimity founder and CEO Jane Wang talked about how the acquisition of Carrot’s assets is expanding her startup’s focus beyond B2B. The CEO also discussed how she felt Optimity was uniquely positioned to scale the Carrot app and achieve its original vision of going global.

“We always knew Carrot was the right acquisition for us, and the Toronto tech scene is pretty tight-knit as a community so we were quite familiar with Carrot, we were rooting for them in their journey too,” said Wang.

“We knew that we were aligned with the vision, we knew we had the right skill-set,” she added “We uniquely could also provide a business model, and scale, and enterprise, to bring it to a global vision.”

Optimity’s app is currently available for download across Canada through the App Store and Google Play. A French version is set to be launched in early 2021.

Optimity is planning to continue to work closely with partners such as other health applications, grocers, retailers, and non-governmental organizations (NGOs) to provide rewards and programming through the app.

“Our app is an interactive and efficient digital channel for aggregating anonymized, real-time feedback and forward-looking sentiment data from our user community on specific health topics,” said Wang. “At a time when so many organizations are now focused on how best to deliver products, solutions, and information that impact society for good, we have beneficial insights that can be shared with our partner ecosystem to help them achieve their social development goals (SDG) or environmental, social, and corporate governance (ESG) objectives.”

Canada’s three largest cities made World Economic Forum’s list of the world’s most high tech cities. This recent ranking was based on ten factors…