As any startup knows, access to capital is the single most consistent impediment to the incubation and growth of young companies.

This is true everywhere in the world – even in the Silicon Valley and the medical research hubs of Boston – but it is particularly true here in Canada, where our often conservative investment tendencies have routinely stunted the growth of what should be a vibrant technology sector. Loss of would-be medical technology entrepreneurs to the United States and/or corporate careers represents a massive missed opportunity for our economy. And it really is such a shame, because there are so many ingredients here in Canada – and specifically here in the Greater Toronto Area – that could make us a leading global hub of medical research and innovation.

There is undeniably still a broad lack of available capital for early-stage medical technology companies here in Canada.

Consider some of the things that Canada has going in its favour. For starters, we possess some of the world’s premier research and technical universities. Whether it’s the University of Toronto’s school of medicine, Waterloo’s mechatronics program, or one of the many other incredible schools and faculties across the country, Canada is producing bright and highly capable university graduates at a prolific rate.

We are also attracting talent from all around the world, as Canada is increasingly a major education destination for many of the brightest and most promising international students, who bring both new perspectives and global business networks into our country.

Additionally, we have fostered a strong and growing domestic incubator culture, both on university campuses, where programs like the University of Toronto’s Health Innovation Hub (H2i) and the Biomedical Zone (BMZ), a joint partnership between Ryerson University and St. Michael’s Hospital, help fledgling medical technology entrepreneurs get their companies off the ground. In the institutional world, organizations such as MaRS and JLABS help provide similar support services for slightly more advanced companies.

Last, but certainly not least, Canada has some of the best doctors and research hospital centres in the world, with academic powerhouses such as Sunnybrook, Sick Kids, and Princess Margaret Hospital conducting hundreds of millions of dollars of cutting-edge medical research and impacting millions of lives each and every year.

The big disconnect in Canadian medical innovation comes when companies need to grow out of their angel/seed round cocoons.

The big disconnect in Canadian medical innovation comes when companies need to grow out of their angel/seed round cocoons and into more mature development stages. That is not to say that the odd exceptions to the rule have not emerged, such as Intellijoint and Baylis Medical, nor does it mean that the medical venture financing community in Canada is completely lacking, since firms like Bloom Burton and Lumira Capital prove otherwise.

However, notwithstanding these prominent outliers, there is undeniably still a broad lack of available capital for early-stage medical technology companies here in Canada. This drives many of our would-be homegrown innovation champions to either give up on their dreams or seek greener pastures south of the border.

So what can we do to retain more of our local medical innovation talent? To be sure, there is no single “silver bullet” answer to that question. However, one good starting point is to increase the exposure that our most promising local medtech entrepreneurs get to both prospective investors and the broader public alike.

Our upcoming Next Generation’s Hawk’s Nest is a novel medical technology pitch competition fundraiser in support of the Sunnybrook Research Institute (SRI) that will showcase four of Canada’s most promising local early medical technology companies as they compete to win up to $50,000 in prize money (50 percent of the event’s proceeds) in front of an A-list panel of “Hawks” (judges) and a large audience of high-profile young professionals.

Want to attend Hawk’s Nest or learn more about the pitching companies? Visit this link to buy your ticket today (BetaKit readers get 25% off tickets with the code ‘BETAKIT’) and join us on November 21st at MaRS to help us choose which of these four amazing companies will be crowned our first ever Hawk’s Nest champion! 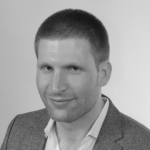 Jesse Buckstein is a Principal at CPOINT Capital, a boutique healthcare-focused private equity firm, and the Director of Corporate Development at Juno Pharmaceuticals, an international specialty pharmaceutical company with global sales in excess of $100 million. A staunch supporter of community work, Jesse is the Vice Chair of Sunnybrook Next Generation, a member of UJA’s Ben Gurion Society and a longstanding youth mentor for Big Brothers Big Sisters of Toronto.

Montreal-based Bunch raises $1 million, aims to be the “mainstream platform for discussion”

A new avenue to get your social fix has arrived. Montreal-based Bunch have released what they’re calling a “home for online communities around your…