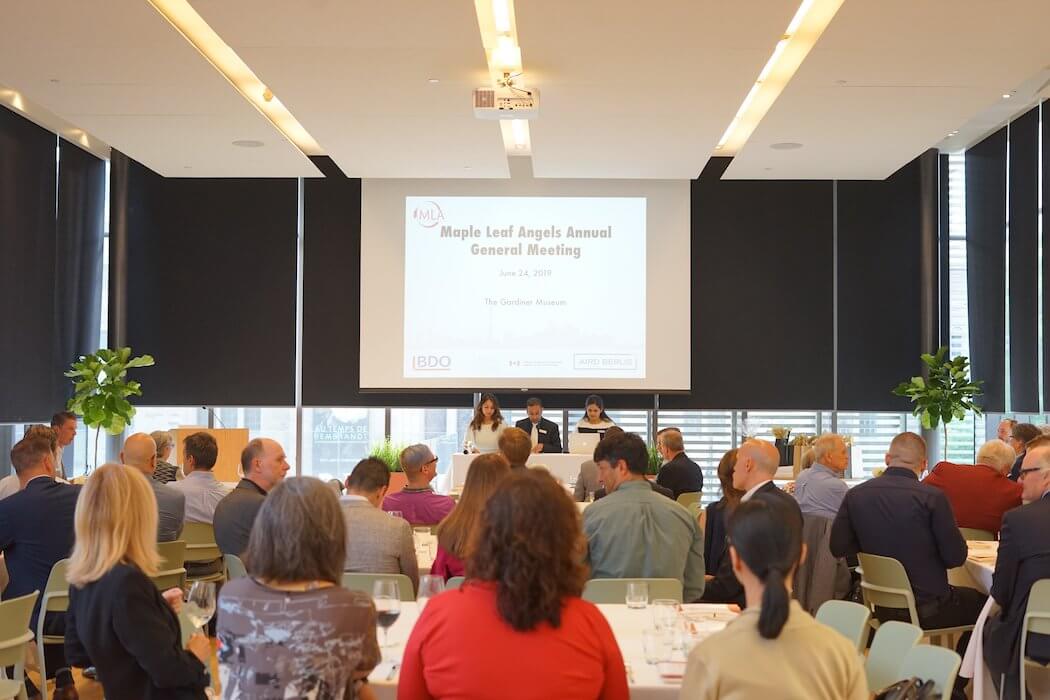 As COVID-19 forces angel investor groups to move their activities online, industry leaders have mixed views about the outlook for capital availability.

BetaKit spoke with the heads of three angel investor organizations, as well as industry association National Angel Capital Organization (NACO), to learn how their members are responding to COVID-19.

“There was this one particular week in March, where over a couple of days, a number of individuals were losing…two or three million dollars.”

Of the three angel groups, MLA took some of the most decisive action in response to the coronavirus, initially halting investor meetings “indefinitely.” But a rapid pivot saw MLA resume its activities shortly afterwards, with a relatively steady deal flow resulting.

“There was this one particular week in March, where over a couple of days, a number of individuals were losing half a million, to two or three million dollars in the public markets,” said managing director Prathna Ramesh. “So, at that time, my thinking was that these guys are not going to be thinking about angel investing, so we’ve got to ease off on our activities.”

Under normal circumstances, MLA members gather once a month for about three hours. As the economic crisis deepened, Ramesh and her team polled about 75 percent of the organization’s investors about whether they were still open to new deals.

Despite the vast majority of respondents indicating that they planned to continue their angel activities, she and her team ultimately axed the March meeting in deference to the economic uncertainty.

But with members pushing for business to resume, Ramesh rebooted MLA’s sessions into an online-only format in time for April.

Attendance was strong. The in-person meetings usually attracted 50 to 65 attendees, most of whom numbered among the organization’s 80 or so members. The first virtual version attracted about 55 people, including representatives from three companies seeking funding, for a total that was comparable to pre-pandemic levels.

For each company that pitched, the online event produced at least ten expressions of interest from investors who wanted to pursue due diligence, compared to 5 to 15 for the in-person meetings—suggesting that MLA members were still looking to do deals.

“How much of that translates into real money remains to be seen,” said Ramesh after the event. “But it was definitely promising.”

“How much of that translates into real money remains to be seen. But it was definitely promising.”

“Angel investors are focusing more-so on their existing portfolios,” Rojas said. “So what that means is that deals that, in a pre-COVID environment would have received funding, are going through a lengthier process or have altogether evaporated.”

How MLA attracts companies for potential investment has changed. Previously, companies often approached Ramesh and her team after discovering the group organically, such as via internet searches. Now, most of the entrepreneurs she deals with are referred to her from other players in the angel investment landscape.

“My hypothesis would be that new entrepreneurs, unless you’re addressing pandemic-related issues, are definitely being more cautious and probably waiting for the environment to stabilize,” she said.

GAN is likewise seeing indications that angel capital will continue to flow, bucking a downward trend that president and managing director Michael Badham noticed in April. The organization has also moved its monthly meetings online, but the director said members were initially more tentative in their approaches.

The angel group’s first video meeting was held on March 12 and attended by 17 people, a slight drop from the historical norm of 20 to 25, counting pitchers. One of the two pitching companies received a single investment and the other received no offers, compared to a past average of about five offers per company.

“You focus on the ones that have survivability and work from there.”

Badham said he suspected this was partly because GAN’s members, many of whom likely saw their net worths shrink when Canadian and US stock markets fell in March, were focusing their more limited funds on recapitalizing companies in which they had already invested.

The second meeting, held on April 23, proved more promising. Total attendance rose to 36, counting the pitching entrepreneurs and a couple of non-member spectators, which Badham said was a record for the 35-person network. One of the two startups has begun due diligence with six prospective investors.

GAN members are also signalling their continued willingness to do deals by renewing their annual memberships. Badham is contacting his angels to find out which of them are planning to stay with the group—a process he carries out every year—and so far, renewal rates are proving to be about the same as usual.

“I’m in what I would call a normal period,” he said. “Most people are renewing. A few are not, but I’m getting new members. It’s a little early to tell, but it’s all looking pretty positive right now.”

Angel Forum director Pieter Dorsman said on May 15 that he had seen similar evidence of recovering capital availability.

According to Dorsman, investors were initially more cautious than usual, which he attributed to them focusing their efforts on shoring up their portfolio companies that had the best chances of weathering the pandemic.

“A lot of time goes into the existing deals that are in trouble,” he said in April. “But you focus on the ones that have survivability and work from there.”

More recently, Angel Forum’s online attendance has risen to 40 or 50 people per week, and multiple attendees have been following up with entrepreneurs afterwards.

Unlike Ramesh, Dorsman has not noticed a change in the flow of investment opportunities.

“The Canadian ecosystem has grown so much,” he said. “There’s so many entrepreneurs, and immigrants and people doing new stuff that the flow keeps coming.”

NACO’s Rojas took a less immediately optimistic view of the industry landscape. His organization is in the process of polling both entrepreneurs and investors about capital availability, and the feedback is not promising.

The poll, which is being conducted in partnership with researchers from the University of Victoria, is so far suggesting that capital availability has decreased and will continue falling. Consistent with Badham and Dorsman’s experiences in March and April, angels appear to be prioritizing bailouts for companies in which they already own shares.

He added that whether or not that outlook changes will depend on the state of the broader economy.

“If we’re moving towards a period of gradual recovery, then we will see a greater inclination to invest,” said Rojas. “However, if there’s variability in that recovery, that’s where we could see a more significant pullback.”

Avery Mullen is a business and technology reporter at Entrevestor.com. His work has previously appeared in The Globe and Mail, Halifax Magazine, and The Chronicle Herald.