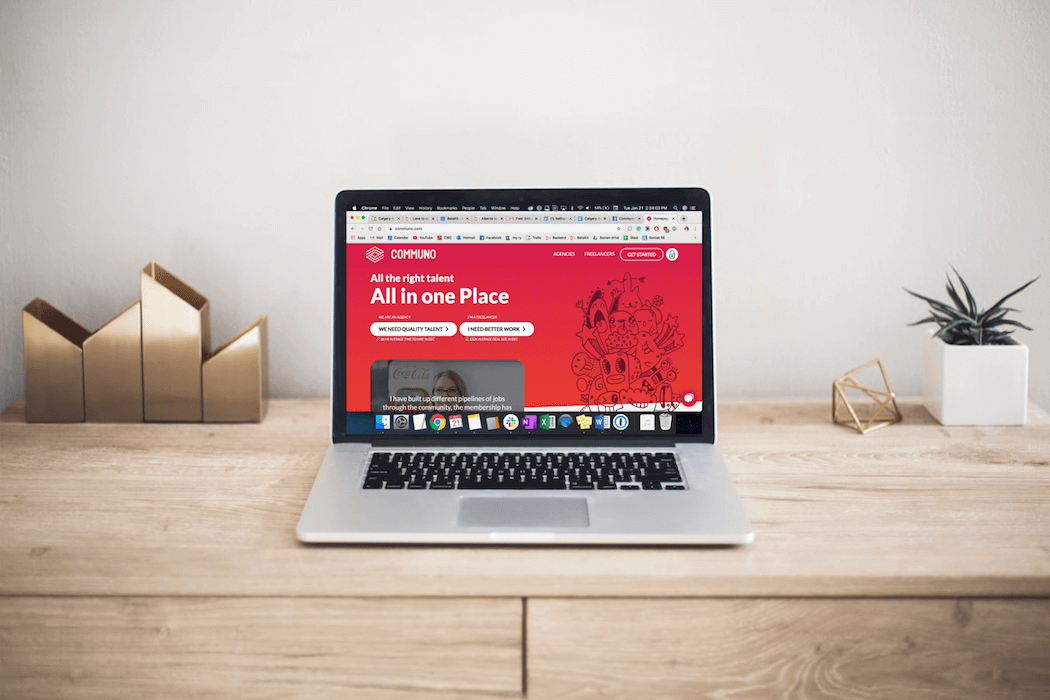 Communo, which helps connect businesses in the marketing and advertising fields, has raised a $3.3 million CAD seed round, bringing its total funding to date to $4.3 million.

Communo declined to share who led the round, however, participants included Brett Wilson, chairman of Prairie Merchant, Frank Palmer, previous president, chairman, and CEO of DDB Canada, Andrew Kortina, founder of global mobile payments company at Venmo, and Rich Antoniello, CEO of Complex. The round also included other unnamed investors.

The new capital will be used to finance Communo’s overall growth and continued expansion in the United States and United Kingdom markets.

“We created Communo because we believe the way agencies find and engage with talent needs to change for the good of the work.”

“We created Communo because we believe the way agencies find and engage with talent needs to change, for the good of the work and the good of their businesses,” said Ryan Gill, co-founder and CEO of Communo. “The seed round will allow us to enhance our offering to both agencies and freelancers, aggressively expand our footprint in new markets, and grow our tightly knit and vetted community of marketing pros to share work, share growth and share success.”

Communo has developed a human resource platform with what it calls a “business development engine” exclusively for the marketing and creative services industries. The platform is intended to be a vertical marketplace for all facets of marketing, including public relations, traditional advertising, and digital. The platform has a subscription-based model, where it facilitates connections with employers and potential employees, in an attempt to remove the friction out of meeting the right people.

The startup was founded in October 2016 by veteran marketing executives Gill and Chris Kneeland. Gill told BetaKit the idea came from solving a market need that already existed, scaling teams for marketing projects. Last year, Communo acquired a major competitor, Localsolo, and in 2018 raised a $1 million seed round, which was led by Panache.

Gill said the platform is now used by over 40,000 users, who collectively generated over $25 million in deal flow in 2019. In partnership with Spaces, Communo has also opened offices and shared workspaces for members in Vancouver, Toronto, Calgary, and New York.

“This city has a great spirit and great entrepreneurs. It’s very founder-friendly.”

Key hires at Communo have included Mike Germano, the former chief digital officer of Vice Media, who serves as president of Communo. Anish Karandikar, lead developer, and Nathan Stone as Communo’s VP of growth, have also joined, both previously worked at Google.

Although Communo has goals to be a global company, Gill is bullish on keeping the company “proudly Calgarian.” He said Communo is being built in what he calls Calgary’s ‘Digital District,’ an area of the city with a high density of software startups and digital agencies that are attracting companies and talent from abroad.

One impediment to that goal could be the province of Alberta’s budget, which involved a corporate tax reduction, the elimination of the Alberta Investor Tax Credit (AITC) and the Capital Investment Tax Credit, a $65 million cut to AI, and a $62 million cut to the ministry responsible for the tech sector. Gill, who moved to Calgary from Toronto, said he is hopeful about Calgary’s ability to thrive despite these setbacks.

“Opportunity comes at the worst of times, it doesn’t come at the best of times,” Gill told BetaKit. “This city has a great spirit and great entrepreneurs. It’s very founder-friendly. When that money and attention does [come]… I believe you’ll see an explosion.”

Gill also said Communo is optimistic about potential funding from the province of Alberta, as well as Opportunity Calgary Investment Fund (OCIF), a $100 million fund for local companies committed to maintaining and growing their head offices in Calgary.

The company will be focused on opening a new office in Los Angeles. Toward the end of the year, Communo plans to have its first overseas office in London. The startup is also hoping to acquire other competitors over the next year.

UPDATE 24/01/20: This story has been updated to reflect that Panache Ventures and ICM did not participate in this funding round, as previously stated.

With SMBs paying around 2.75 percent to payment processors for every transaction conducted via debit or credit cards and only a monthly statement to…