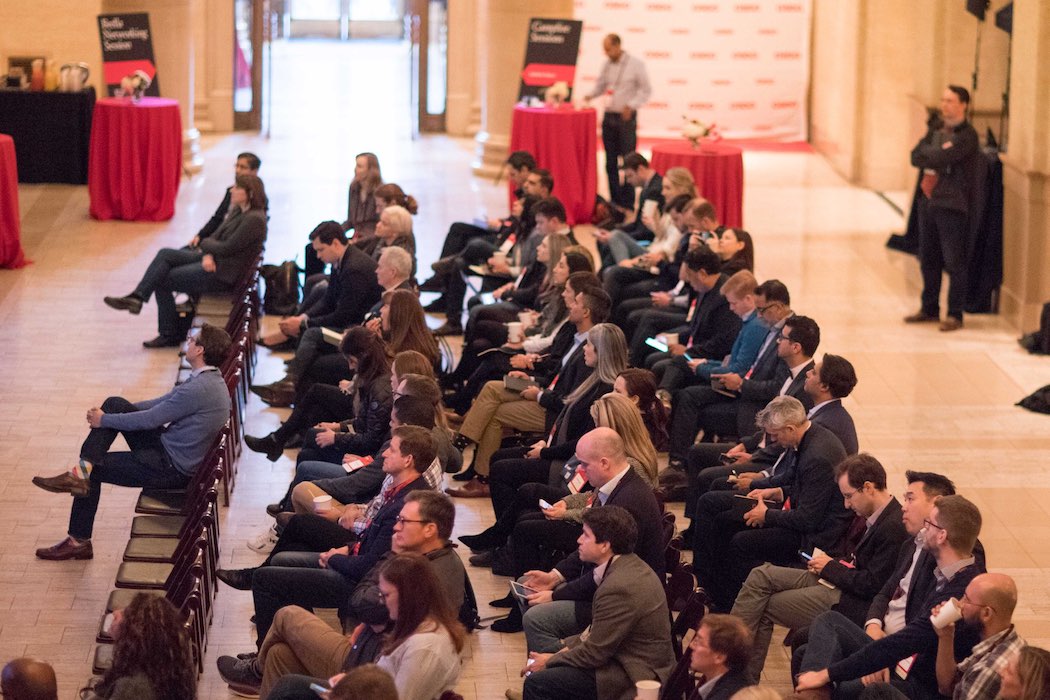 C100, a nonprofit that aims to support Canadian tech entrepreneurs, is rebranding its flagship 48Hours in the Valley event to a new program called C100 Fellows. C100 also revealed the startups participating in this year’s fellowship.

C100 Fellows is aimed to expand the program from a two-day event to an eight-month-long program.

C100 Fellows is aimed to expand the founder experience from that of a two-day event to an eight-month-long virtual program involving mentorship with growth-stage founders and expert operators from the C100 community, and peer networking across ecosystems and industries.

The 48Hrs in the Valley program, which has run since 2010, gave a select group of Canadian entrepreneurs access to networking, mentoring, and business growth opportunities in Silicon Valley. The 48Hrs in the Valley program will now be called 48Hrs and serve as the kick-off to the 2021 fellowship. As part of the new program, startups are also granted C100 Membership for the duration of the fellowship.

In a statement sent to BetaKit, Laura Buhler, executive director of C100, said the organization sought to change the format of the program to expand C100’s access to its mentor pool.

“An extended virtual program running alongside the 48-hour event allows us to handpick mentors in any geography to contribute their time throughout the year from wherever they are,” said Buhler. “Our founders are also benefiting from more continued engagement with C100 outside of the two-day event that is traditionally held in the Bay Area.”

C100 is one of many innovation programs to adopt new formats due to the ongoing COVID-19 pandemic. Like C100, many of these programs have made permanent changes in light of the new remote reality making it easier to offer the programs a larger group of startups.

This year, The DMZ decided to eliminate its “crown jewel” accelerator program in order to support more early-stage ventures. The Toronto incubator specifically cited COVID-19 leaving many early-stage companies lacking institutional support as one of the reasons for this decision.

Another example of an accelerator making lasting changes includes Google opening up some of its US-focused accelerator programs, such as its Black Founders program, to Canadian startups.

Techstars Toronto’s 2021 accelerator cohort has a heavy international presence this year, with managing director Sunil Sharma telling BetaKit the pandemic is giving the accelerator new opportunities with startups in global markets. One of that accelerator’s more lasting changes has been to increase its international mentor base as well.

This year’s C100 Fellows cohort consists of several notable Canadian tech startups. One such startup is Toronto-based Willful, which provides online will and estate planning. Willful, last year, participated in the Intuit Prosperity Accelerator program, made its first acquisition, and raised a seed round of funding.

Another member of the 2021 C100 cohort is legaltech startup Athennian. Over the last year, Athennian acquired Montreal-based tax visualization startup Redox Technologies and added $7 million to its Series A round.

C100 claims it saw more demand than ever before for the program, with 355 nominations, a 75 percent increase from the year before. The program also received over 200 applications, a 55 percent increase from the previous year. C100 claimed women also make up one-third of the cohort’s founders, the highest representation of female-led startups to date.

The full 2021 cohort for the C100 Fellows program includes:

In the past, without mobile phones that could keep people constantly connected to the Internet, businesses could only go so far with customer service,…