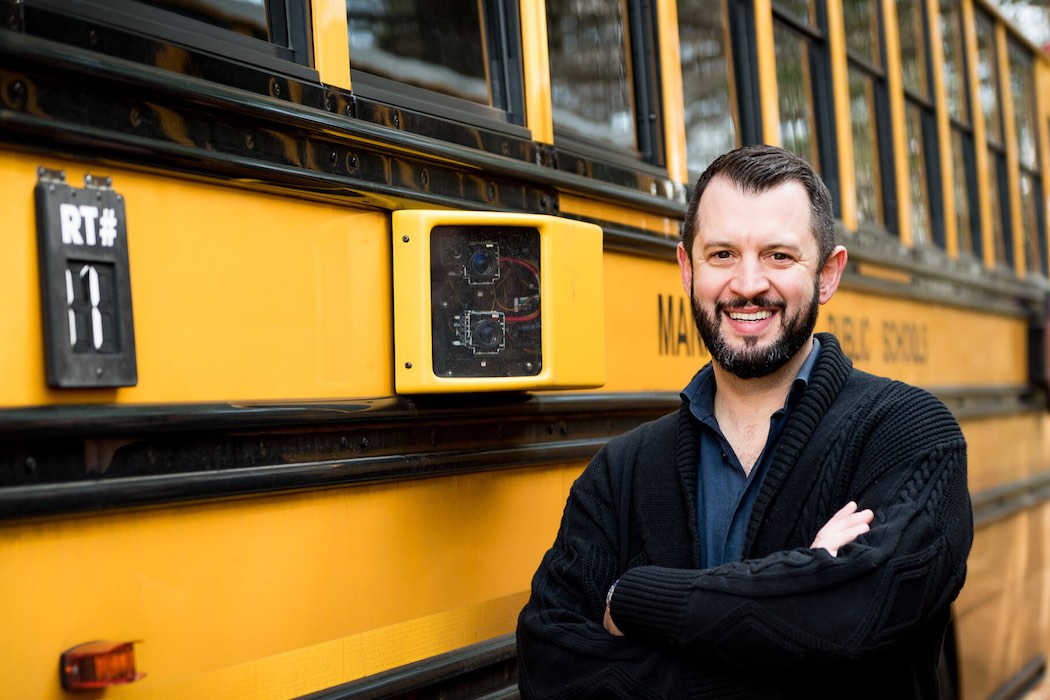 US-based startup BusPatrol, which specializes in school transportation safety, has announced the official opening of its downtown Montreal office, which will include the company’s technological development centre.

BusPatrol first developed its operations in the US, but has since expanded to Canada.

BusPatrol, which was co-founded by Quebec entrepreneur Jean Soulière in 2017, aims to create 150 jobs at its new office over the next two years. The company anticipates growing demand for its services in the North American market, and hopes to take advantage of Montreal’s artificial intelligence (AI) ecosystem.

The startup installs AI-integrated cameras on school buses to record dangerous driving by other vehicles, such as illegally passing stopped school buses. Over the next few years, BusPatrol plans to implement a new Quebec supply chain and develop tech to improve crosswalk safety and help reinforce regulations on reserved public transit lanes.

“Several BusPatrol executives are from Quebec, but it wasn’t a return to their roots that motivated the opening of our Montreal office,” said Jean Soulière, BusPatrol’s co-founder and CEO. “The qualified talent pool in tech and especially in AI is really outstanding. Greater Montreal is truly a world leader in the field.”

“We want to contribute to the world-wide reputation of the ecosystem by showing how AI can be used for public safety, especially for school transportation safety,” the CEO added.

The startup deploys its smart cameras on school bus stop-arms across North America. BusPatrol first developed its operations in several US states, but has since expanded to Canada, launching pilot programs in Ontario and Quebec earlier this year.

BusPatrol plans to use its new Quebec supply chain to acquire the material it needs to deploy its services in the Canadian and US markets.

“Artificial intelligence serves as a stepping-stone to propel businesses to new heights, as is the case with BusPatrol,” said Pierre Fitzgibbon, Quebec’s minister of economy and innovation. “The arrival of BusPatrol in Montreal will contribute not only to the creation of many high-quality jobs, but also to the international reputation of Québec expertise.”

BusPatrol was founded by Soulière, who previously served as managing partner at CV Logistics and president at Nuage Technologies. According to a company spokesperson, BusPatrol is majority-owned by California’s Oaktree Capital, with some minority Canadian investors. All of BusPatrol’s senior executives, however, are from Canada.

BusPatrol said it can manage “all aspects of traffic violation reduction programs, from installing equipment to coordinating with law enforcement to send out fines.”

“The arrival of BusPatrol in this city shows once again the strong attraction of Montréal’s AI ecosystem,” said Stéphane Paquet, president and CEO of Montréal International, a public-private non-profit tasked with promoting global investment in the Montreal region. “The company’s plan to set up a new supply chain in Quebec is also excellent news.”