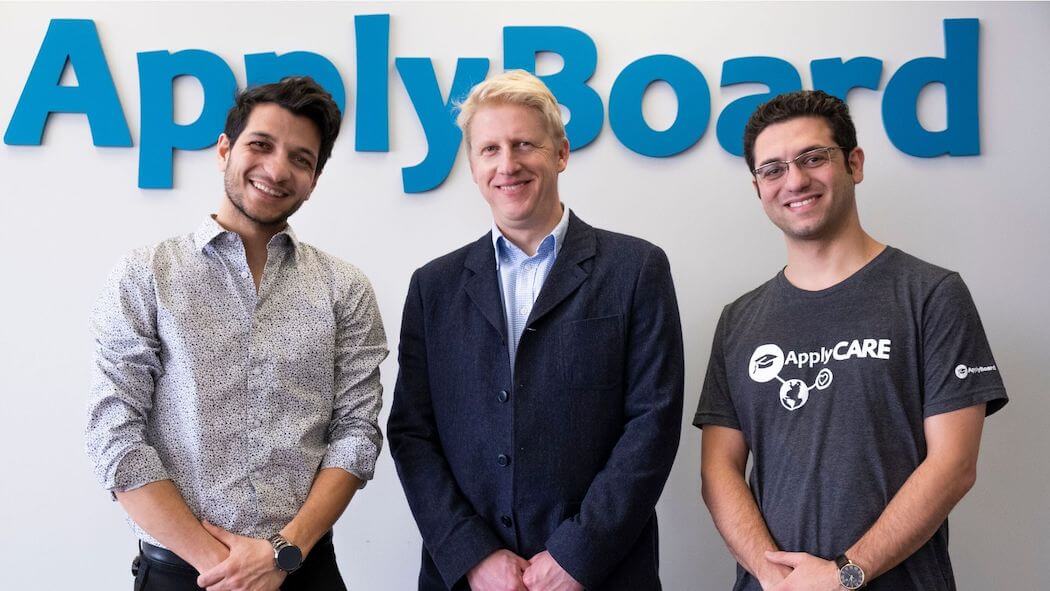 Jo Johnson, the brother of current United Kingdom (UK) prime minister Boris Johnson, and a former member of parliament himself, has joined as chairman of the advisory board at ApplyBoard.

“It is great to see a company leading the way in education, developing new technology and innovations.”

Kitchener-based ApplyBoard is set to announce its new advisory board chairman on Thursday. The company noted it is “thrilled” to have Johnson join given his experience in the education sector. During his time in parliament, Johnson served as minister of state for universities, science, research, and innovation.

Having developed an AI-enabled recruitment platform helping international students apply to post-secondary education in North America, Johnson’s addition to the ApplyBoard team will likely provide opportune expertise and connections for the growing startup.

The company noted that Johnson’s “extensive knowledge” and advocacy within the higher education sector, as well as international studies, will be useful as ApplyBoard looks toward rapid growth in new markets.

In May, ApplyBoard raised a significant $55 million CAD Series B, just shy of a year after the company closed its $17 million Series A. ApplyBoard has stated plans to hire more than 100 employees across local and international offices, as it pursued expansion into new markets.

“Jo has been instrumental in driving positive change for international students studying in the UK, specifically leading the reintroduction of two-year work visas,” noted CEO Martin Basiri, who co-founded ApplyBoard alongside his brothers Meti Basiri (CMO) and Massi Basiri (COO).

Johnson has been outspoken in the area of education, even recently. Johnson resigned from UK government in September, citing an “unresolvable tension” between his family loyalty and the national interest, according to The Guardian.

In December Johnson was named as non-executive chairman of TES Global, owner of the Times Educational Supplement and a leading UK peer-to-peer marketplace for teacher resources, recruitment, and software services.

“ApplyBoard is lowering barriers to the transformational benefits education brings, and I can’t wait to help the Basiri brothers, and talented team at ApplyBoard write the next chapter in their incredible story,” he added.

To date, ApplyBoard claims to have partnerships with over 1,200 primary, secondary, and post-secondary schools and 3,500 recruitment partners. The company also noted that it has assisted more than 80,000 students and has representatives in eight countries outside of Canada.

Welcome to Due South, a new series that profiles Canadian entrepreneurs who have founded companies outside of the motherland.   Some 130 kilometres north…