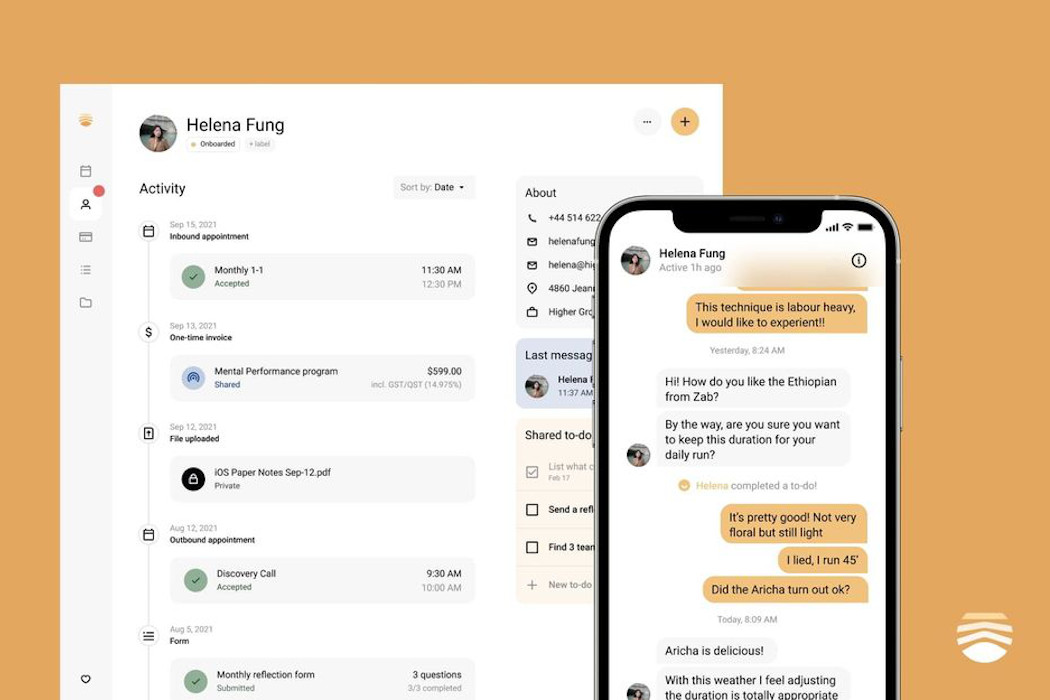 The company’s all-equity round, which closed in recent months, was led by Andrew Chen of a16z, and saw investment from Andrew Wilkinson of Tiny Capital, motivational speaker Tony Robbins, and over 40 other investors. The funding represents the startup’s first venture capital to date.

Smith said Practice is starting with coaches, and plans to “move on to other similar groups from there.”

Prior to launching Practice, Smith co-founded and led Breather, a once promising Montréal-based startup that raised over $150 million USD in funding, but faced struggles before fellow workspace solution provider Industrious National Management agreed to buy most of its assets earlier this year for just $3 million.

Smith, Practice’s CEO, told BetaKit his new the firm raised the $12.4 millionmoney to grow its business and scale out its product and operations, adding that the fresh capital will enable Practice to grow its team to 25 people. The CEO described Practice as “remote first,” but added that the software firm has “many Montrealers” on its team. According to his LinkedIn, Smith has been working on Practice since November 2019.

Founded in 2012, Breather had a similar premise to fellow real estate-reliant flexible workspace company WeWork, and, like WeWork, saw significant growth but struggled to reach profitability. Breather, which faced issues with its business before COVID-19, was hit hard by the pandemic before its assets were bought in insolvency.

Smith worked as CEO and chairman of Breather from 2012 to September 2018, after which he continued to serve as chairman until May 2021.

Practice aims to build “the best possible tool to help individuals launch and run coaching and consulting businesses.” The startup is developing a single tool to allow coaches to run all aspects of their business in one place.

“I’ve been working my whole career to empower individuals, and the mission at Practice is no different,” said Smith. “We came together to solve a fundamental problem. Solopreneurs just don’t have a modern stack to help them run their businesses.”

Practice currently has a set of beta users helping the startup hone its product. The company said its seed funding will fast-track these development efforts and help Practice add more workflows for its coach clients.

The software startup is building its platform for coaches of all types, from “executive to spiritual development and everything in between.”

Smith said Practice is starting with coaches, and plans to “move on to other similar groups from there.” According to Practice, there are many other types of “solopreneurs” that can use the same workflows, and the company plans to build for those groups as its product grows.

The startup said it is also working to achieve Health Insurance Portability and Accountability Act (HIPAA) compliance to enable medical practitioners like therapists to use its platform.

Smith said Practice hasn’t yet set a date for its public launch.