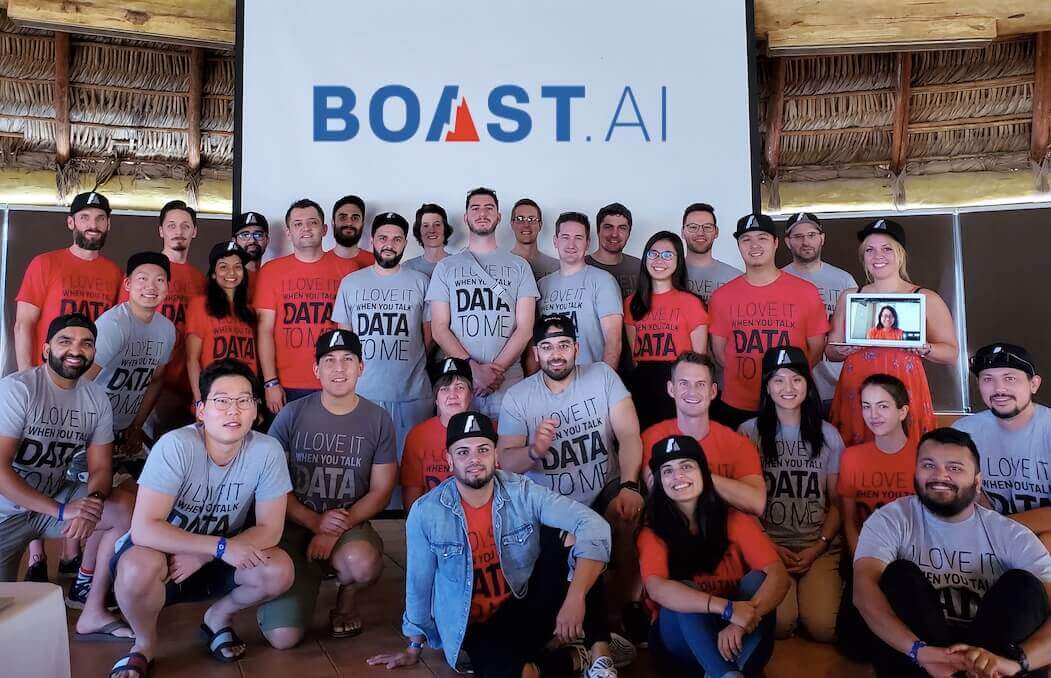 Boast.ai has secured a $100 million credit facility to provide companies with up-front loans for their government research and development (R&D) tax credits.

The non-dilutive loans are reminiscent of the monthly recurring revenue (MRR) financing model used by companies like Clearbanc, and see Boast.ai expanding beyond its main business, an automated platform for claiming R&D tax credits in the United States (US) and Canada. The loan offering bolsters the company’s goal to become a one-stop-shop for startup’s R&D tax credit needs.

“We can help our clients take advantage of the R&D tax credits in a much more timely fashion.”
– Boast.ai CEO, Alex Popa

“We put together this $100 million credit facility so that we can help our clients take advantage of the R&D tax credits in a much more timely fashion, and help them reinvest in their product development,” said Boast.ai co-founder and CEO Alex Popa. “They can get access to the tax credits as they incur their expenses, so on a monthly or quarterly basis for the year, and pay us back basically when the filing with the CRA (Canadian Revenue Agency) happens at the end of the year.”

The $100 million credit facility is being provided by Brevet Capital, a US-based investor that provides alternative financing options to companies with government contracts.

Boast.ai’s loans are available to companies where Boast.ai currently operates, the US and Canada, and are targeted towards high-growth tech companies.

Boast.ai launched an alpha version of the offering last year, with the $100 million credit facility now allowing the Vancouver-based company to truly start bringing the loans to market.

Boast.ai’s software platform automates the process for claiming R&D tax credits in the United States (US) and Scientific Research & Experimental Development (SR&ED) tax credits in Canada. The company, founded in 2011, has been ramping up its market efforts of late, raising its first round of institutional financing late last year. Boast.ai secured a $30 million CAD Series A round, with the goal to scale its reach and tackle a sizable market opportunity that it hopes will bring the company to $100 million in revenue in North America alone.

RELATED: How Canadian startups can prepare for SR&ED

With its loan offering, Boast.ai will now prepare and estimate a company’s ongoing R&D needs and provide financing upfront for those costs. The offering is available to both existing and non-Boast.ai customers, with its founders (which includes Lloyed Lobo) telling BetaKit there is no cap on the size of loans each company provides, rather it will be based on individual need.

The type of cash-in-advance financing provided by the R&D credit loans and MRR, or revenue-share, models are becoming increasingly popular. Such financing is designed to offer companies capital while helping entrepreneurs retain equity.

In the revenue-share space, Clearbanc operates alongside providers like Seattle-based Lighter Capital, and Toronto-based Corl, among other international players.

“R&D tax credits are a valuable form of capital — but the delays can be extremely challenging.”

Similar to Clearbanc, Boast.ai is also not alone in the R&D loan space. Other Canadian operators providing advanced funding for SR&ED include: Easly, Finalta Capital, Fundsquire, and CAE Capital, the latter of which is partnered with Canada Economic Development, Business Development Bank of Canada and Investissement Québec. While focused on North America for now, Boast.ai is also keeping its eye on global markets. International players in the R&D tax credit space include Finstock in the United Kingdom and Radium Capital in Australia.

An increase in R&D tax credit loans is only natural as a 2017 Organisation for Economic Co-operation and Development (OECD) report found R&D tax incentives “have become a major tool” for promoting business research and development. As of 2017, 30 of the then-35 OECD countries, the majority of EU countries, and a number of non-OECD economies provided tax relief on R&D spending.

Popa and Lobo told BetaKit they are confident in market opportunity in front of Boast.ai and the popularity of their loan offering, noting that if all current Boast.ai clients opt-in it would exhaust the $100 million. The pair estimate that within the first 12 months Boast.ai will be able to support between 500 and 1,000 companies.

They also noted that Boast.ai’s credit facility deal with Brevet allows for more capital as needed, with the potential for up to $500 million.

“R&D tax credits are a huge untapped resource for companies looking to invest in and accelerate innovation,” said Douglas Monticciolo, CEO and co-founder of Brevet Capital. “R&D tax credits are a valuable form of capital — but the delays can be extremely challenging for early-stage companies. Boast.ai’s AI-powered financing platform eliminates those delays and allows startups to focus on creating new solutions and products while immediately reaping the benefits of their hard-earned R&D efforts.”