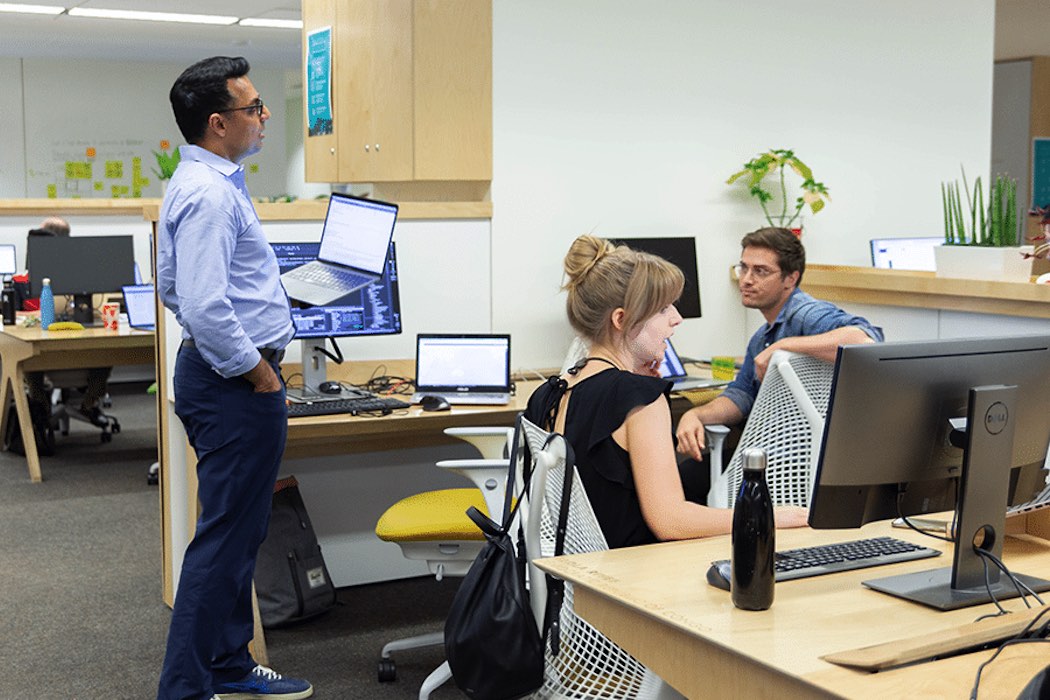 “Our world is rapidly changing, and as a consequence, outbreaks that threaten human health, security, and prosperity are appearing with greater frequency.”

BlueDot is calling the round its Series A, despite the fact that this latest funding round comes five years after the company announced a different Series A, in 2014. At the time, BetaKit, as well as a number of other publications, noted that the funding round (led by Horizons Ventures) was a Series A. However, BlueDot recently told BetaKit that calling its round a Series A was “a misclassification of our seed round,” and it now considers the funding seed because of the amount that was invested ($2.5 million USD), as well as that the capital “was intended to help us fund the development of our technology, secure initial traction, and build our team.”

Prior to that original Series A, BlueDot had already received $500,000 in, (what MaRS called), seed funding, which BlueDot now considers pre-seed. That capital comes in addition to $140,000 in grants from the Ontario Centres of Excellence. The company stated that this current investment brings it’s total funding to $12.5 million CAD ($9.5 million USD).

BlueDot was formerly known as BioDiaspora Inc., founded in 2008, and spun off from St. Michael’s Hospital in partnership with MaRS Innovation. The company, which rebranded in 2014, said it will use the new investment to further develop its AI-powered products, extend its commercialization efforts in government, healthcare, and insurance, as well as expand into global markets.

“Our world is rapidly changing, and as a consequence, outbreaks that threaten human health, security, and prosperity are appearing with greater frequency and magnitude,” said Kamran Khan, BlueDot’s founder and CEO. “BlueDot is harnessing the power of big data, artificial intelligence, and digital technologies to spread knowledge faster than infectious diseases. Our products empower our clients with timely, contextualized insights that strengthen their resilience against dangerous infectious disease threats, whether originating from natural causes, accidents, or deliberate acts.”

The Co-operators is investing in BlueDot through its recently-launched Insurtech investment fund, intended at addressing the insurance and financial services needs of Canadians in the digital economy. The insurance group will look at opportunities to use BlueDot’s data aggregation, AI, and predictive analytics capabilities to help insurance clients make informed decisions around the prevention of infectious diseases. Under the agreement, The Co-operators and BDC Capital will join BlueDot’s board of directors.

“BlueDot is a purpose-built organization focused on making positive social and environmental impacts,” said Rob Wesseling, president and CEO of The Co-operators. “We are very excited to explore how the company’s data analytics and predictive technology can help us strengthen the resiliency of Canadians.”

“BlueDot’s technology leverages AI and big data to make a meaningful global impact,” said Michelle Scarborough, managing director of strategic investments and the Women in Technology Venture Fund at BDC Capital. “We have been impressed with their growth-to-date, their growing recognition within the global health community, and their ability to continuously evolve their AI technology. With a strong, diverse leadership team, we believe the company is poised for further global growth.”

BlueDot claims it was able to predict the outbreak of the Zika virus in Florida, six months before it occurred. Since its last funding round, it deployed its BlueDot Insights product, global infectious disease surveillance and early warning system, in several hospitals across North America, 12 public health agencies around the world, and within Air Canada.

The Accelerator Series is a multi-part spotlight on Canada’s startup accelerators and the people who lead them. Marcus Daniels and Extreme Startups Want the…