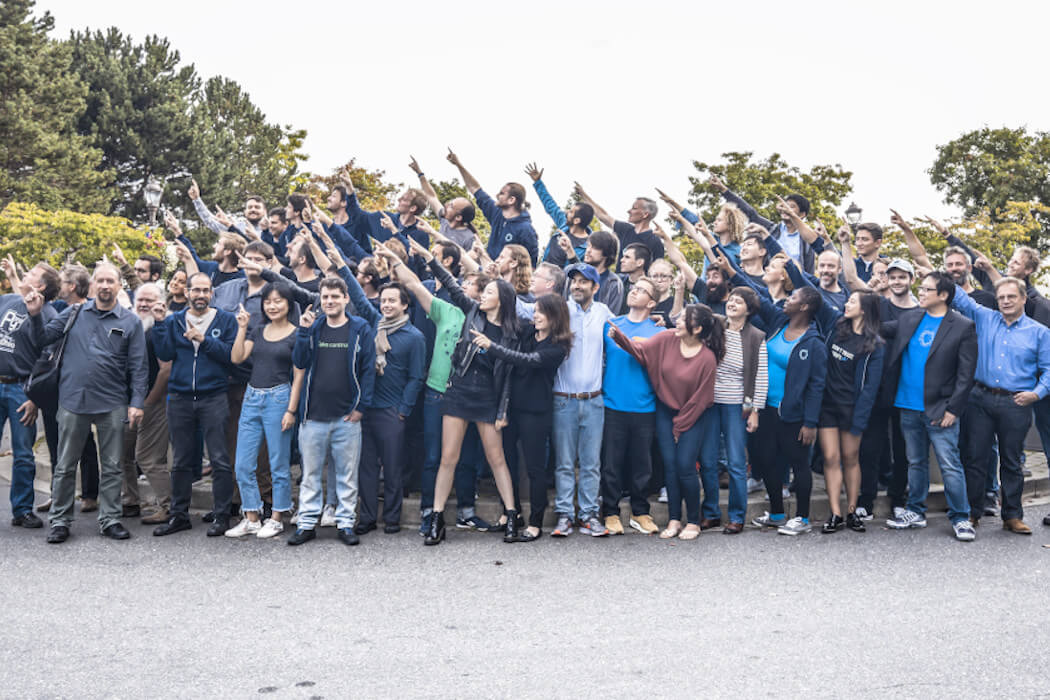 With years invested in building its sidechain-based settlement network, Blockstream has raised significant funding to continue to blend the worlds of finance and industrial Bitcoin mining.

The Bitcoin infrastructure startup has raised $266 million CAD ($210 million USD), in what the company described as the first close of its Series B round. With the new funding, Blockstream has secured a $4 billion CAD ($3.2 billion USD) valuation, making it Canada’s latest unicorn.

The all-equity, all-primary capital round, which closed earlier this month, was supported entirely by new Blockstream investors. The round was led by Baillie Gifford, with participation from iFinex and other undisclosed investors.

Founded in 2014, Blockstream is a blockchain technology company that builds Bitcoin infrastructure and products. The startup, which is headquartered in Victoria, has offices in Montréal (where it is incorporated), and Mountain View, California, with a remote team located around the world.

With the new funding, Blockstream has secured a $4 billion CAD valuation, making it Canada’s latest unicorn.

The company’s Liquid Network is a sidechain-based settlement network that Blockstream claims enables faster, more confidential Bitcoin transactions, as well as the issuance of digital assets for Bitcoin traders and exchanges. Blockstream first launched the Liquid Network in 2018; since then, it has seen “impressive ecosystem growth,” amassing more than $1.1 billion in network value, according to the company.

Now, Blockstream has set its sights on monetizing the Liquid Network with financial products. In an interview with BetaKit, Blockstream CSO Samson Mow cited the recent launch of the Blockstream Mining Note (BMN), a securitization of a portion of Blockstream’s Bitcoin mining operations, as an example of the type of investment product the startup plans to roll out.

“We’re at a point in our growth where we need additional capital to ramp up on a number of our initiatives,” Mow told BetaKit. “We’ve been building a lot of infrastructure on the software side, like the Liquid Network … We’ve been building financial products. We acquired a hedge fund, so that we can build our own financial products and instruments on top of our own network.”

Blockstream plans to use the fresh capital to fuel the next stage of its growth, including expansion into a new type of mining hardware and the launch of Bitcoin financial products on top of the Liquid Network, which the startup views as a key revenue growth opportunity.

“So, we’re kind of like blending together the worlds of finance and industrial Bitcoin mining right now, but the financial aspect of our company is going to grow,” said Mow. “We’re going to have hedge fund-type products like alpha funds, essentially, Bitcoin alpha funds, and US dollar alpha funds, and other innovative things that we can’t really mention now.”

According to Mow, Blockstream ultimately aims to raise between $300 and 400 million USD for its Series B round. He said the startup will likely close additional financing soon, adding that Blockstream expects to receive “additional interest” following this announcement.

Along with the new funding, Blockstream has also announced its acquisition of Israeli cryptocurrency mining hardware company Spondoolies. Blockstream has acquired Spondoolies’ intellectual property (IP) and core team for an undisclosed amount, financing the deal using a combination of previous capital and equity.

Spondoolies, which has designed and built five different crypto mining products, is a semiconductor chip design firm. The company has joined Blockstream to help build out the startup’s application-specific integrated circuit (ASIC) arm. An ASIC is an integrated circuit chip customized for a particular use.

RELATED: Raine Maida actually found a good use for blockchain

“Blockstream is bringing on-board the Spondoolies core team and acquiring related IP to launch the world’s first enterprise-class miner next year,” said Adam Back, Blockstream’s CEO and co-founder. “The Spondoolies team’s pedigree in Bitcoin ASIC design and engineering complements our enterprise-class mining infrastructure, and will accelerate our continuing expansion and decentralization of the Bitcoin mining space.”

The Spondoolies deal is Blockstream’s third acquisition to date. In May, Spondoolies acquired Adamant Capital, a Texas-based Bitcoin hedge fund manager. The transaction laid the foundation for the startup’s launch of Blockstream Finance, a division focused on the launch of new Bitcoin investment products on the Liquid Network. Mow said Blockstream’s current focus is on building out its own technology, but added that the company remains open to more acquisitions “down the road.”

Blockstream’s Series B round comes over five years after the company raised its Series A round in early 2016. “We didn’t really start looking at this until probably mid-last year, just because we didn’t need to,” said Mow. “We have Bitcoin on our balance sheet—we were doing that well before MicroStrategy did that—so we had a pretty big war chest. We didn’t really need to raise capital.”

In 2017, after Mow joined Blockstream, the startup moved into Bitcoin mining, which today represents the company’s primary revenue driver. Blockstream also presently derives a significant portion of its revenue from the company’s data partnership with the Intercontinental Exchange, the owner and operator of the New York Stock Exchange. Blockstream pulls cryptocurrency trading data from exchanges around the world into a consolidated feed, which the Intercontinental Exchange sells to its institutional customers.

Going forward, Blockstream also plans to use some of the fresh capital to expand its mining operations with the launch of new facilities, a process Mow described as “very capital intensive.” The startup currently has mining facilities in Québec and Georgia, the United States (US), and intends to expand to a number of other undisclosed sites.

In response to a question about what the size of this round and Blockstream’s latest valuation means for the Canadian blockchain ecosystem, Mow said, “I think it’s good for companies that are building on Bitcoin, but I don’t think there are that many in Canada.”

Blockstream recently met with El Salvador officials to discuss the issuance of a digital US dollar-denominated bond on the Liquid Network, after El Salvador adopted Bitcoin as legal tender in June, becoming the first country in the world to do so.

“The current thing we’re focused on discussing with [El Salvador] is the potential bond offering,” said Mow. “They’re very much interested in issuing their bonds on Liquid Network using our security token infrastructure. So, that’s still in discussion.”

Mow said progress on this front has been slow over the past couple of weeks. “We’ve been busy with our B round, and they’re busy with the implementation of the Bitcoin law,” he said.

On the product side, Blockstream recently launched Blockstream Energy, designed to maximize renewable energy investment returns at power production sites. The startup plans to use this infrastructure in partnerships around the world, including its collaboration with Square to develop an open-source, solar-powered mining facility in the US.

Blockstream has about 70 employees currently. To support its growth plans, the startup intends to double or triple the size of its team over the next few years. According to Mow, Blockstream is looking to add employees in marketing, business development, engineering, and project management roles—in other words, “pretty much everything,” he said.

“Baillie Gifford is committed to backing transformational growth companies at their early stages,” said a Baillie Gifford spokesperson. “We have enormous respect for Blockstream’s founders and management team, and we believe its settlement network for Bitcoin-based assets and securities has the potential to transform the design and operation of capital markets.”