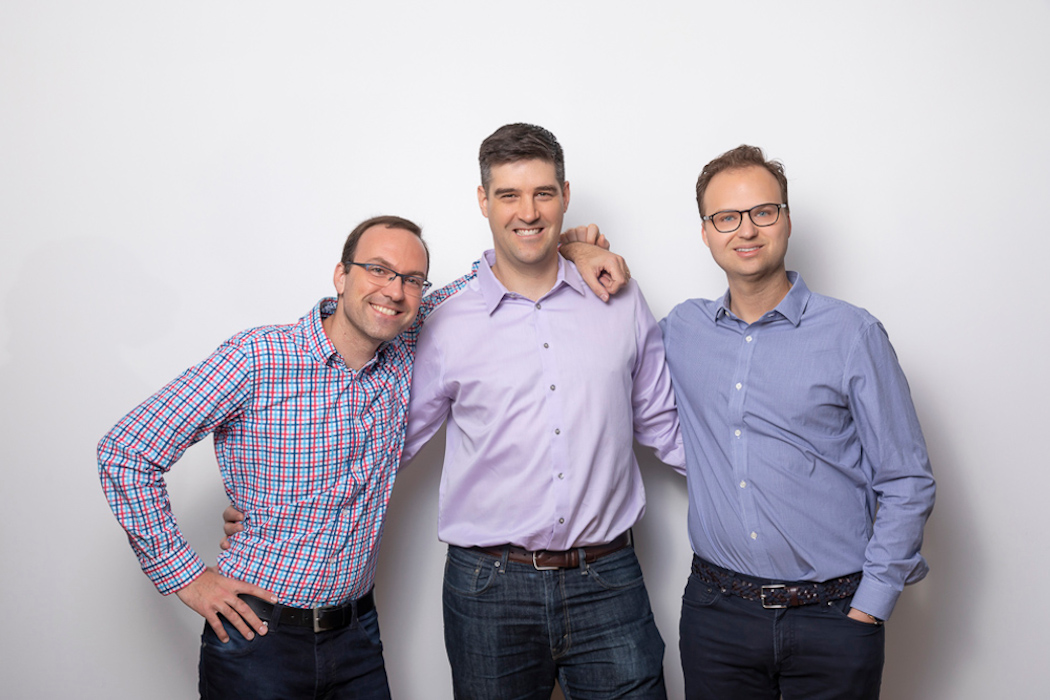 Montréal-based blockchain startup Dfuse has rebranded to StreamingFast and pivoted its business to supporting a blockchain infrastructure project called The Graph, after securing a $73.5 million CAD ($60 million USD) grant from The Graph Foundation.

The Graph is a network that serves as a searchable index of blockchain data. The Graph Foundation is the non-profit organization that supports its growth. The grant StreamingFast has received consists of a combination of cash and Graph (or ‘GRT’) tokens, Ethereum tokens native to The Graph that are worth approximately $0.70 in USD apiece. StreamingFast refused to disclose the financial terms of the deal, including the portion of tokens involved in the transaction..

StreamingFast used some of the proceeds from the grant to buy out all of its existing investors.

Marc-Antoine Ross, StreamingFast’s co-founder and CEO, told BetaKit his company used some of the proceeds from the grant to buy out all of its existing investors, which include Multicoin Capital, Intel Capital, Diagram Ventures, BoxOne Ventures, Panache Ventures, and White Star Capital.

StreamingFast is also using the grant to shift its focus to supporting the development of The Graph, becoming one of its core developers.

“With this grant, we are paving the way for an alternative path for traditional VC-backed businesses operating in Web3,” said Mathieu Boulianne, StreamingFast’s co-founder and COO.

The Graph, which launched its global network in December, touts itself as “the leading indexing and query protocol for the decentralized web.” The Graph serves as a platform that allows blockchain developers to search, find, publish, and use the open-source, public data they need to build decentralized applications (dapps).

Ross referred to the deal as “the absolute best outcome for StreamingFast,” calling the startup “philosophically aligned” with The Graph.

StreamingFast, then Dfuse, was founded in 2018 by Ross, Boulianne, Richard Reiner, and Alexandre Bourget, with the support of Montréal-based venture builder Diagram Ventures. The firm’s co-founders are all serial tech entrepreneurs who were previously involved with companies like National Bank Financial, Unito, Intel, Fluent.ai, and Cybeats.

The startup touts itself as an “improved infrastructure platform” for Ethereum and other blockchains. It provides scalable architecture for streaming data to meet the needs of decentralized platforms.

Ross said StreamingFast’s proprietary tech allows developers to index blockchain data in a “much more performant way,” allowing them to reindex a full chain “in a couple of hours,” which he said “traditionally takes multiple weeks for most other technologies.”

Over the past two years, since raising a $4.5 million CAD seed round, StreamingFast built out its team and focused on developing the indexing technology that Graph became interested in. “We were really focusing on optimizing the performance, reducing the cost of the technology so that it becomes a sustainable piece of IP for the space,” said Ross.

“The motivation for the rebranding was to create a stronger Ethereum-focused brand,” said the CEO.

“We’re eager to dedicate our time and resources to the betterment of The Graph and the Web3 ecosystem at large in the years ahead,” Ross said. “Our core IP indexes data orders of magnitude faster … making it possible for developers to build real-time blockchain applications, dashboards and explorers.”

The CEO added that The Graph was particularly interested in StreamingFast’s experience working across multiple blockchains.

“The StreamingFast team will collaborate with The Graph community moving forward, as query performance becomes increasingly important to developers and end users,” said Eva Beylin, director at The Graph Foundation.

StreamingFast’s 10-person team will continue to operate independently in Montréal. The company plans to use some of the grant funding to double the size of its team over the next year.

As part of the agreement, Graph Foundation has also purchased a portion of StreamingFast’s core proprietary intellectual property (IP), which will be made open source on The Graph Protocol’s Github repository. All of StreamingFast’s relevant API products will also be migrated to The Graph, which the startup said will help The Graph improve indexing performance and augment the network’s back-end querying services.

“This grant is the first of its kind, enabling an experienced development team to become dedicated to working on an open source protocol,” said Beylin. “It unlocks a new way for companies like StreamingFast and decentralized communities like The Graph to work closely together.”

Since a portion of the grant is in Graph tokens, Ross said he hopes that StreamingFast’s contributions to the growth of The Graph allow his company to reap some of the associated financial benefits should the value of these tokens increase. This component of the grant is meant to incentivize StreamingFast to contribute to The Graph’s development.

Kyle Samani, managing partner at StreamingFast investor Multicoin Capital, called The Graph “the backbone of the Web3 movement,” claiming that it already powers “the vast majority of applications within the ecosystem.”

“A few years ago [StreamingFast set out] to explore this space,” said Ross. “We focused on building valuable IP …. and we now have a completely new opportunity to contribute to open-source research with a very sustainable stream of income that will allow us to grow and invest in the team.”