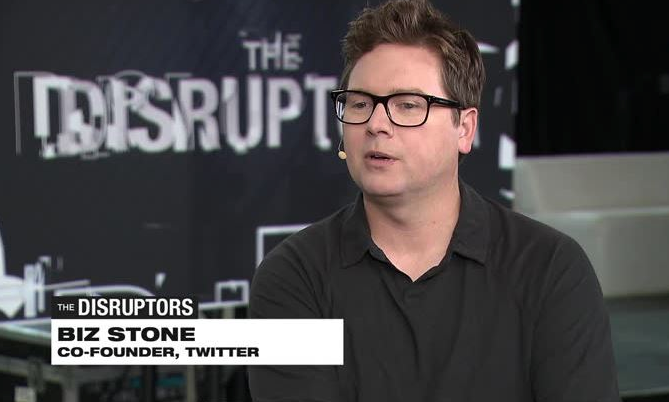 Last week on The Disruptors, co-hosts Bruce Croxon and Amber Kanwar hosted a special edition of the show where they sat down with the co-founder of Twitter, Biz Stone, at Fuzenation in Kitchener to discuss Twitter’s progress, the Canadian tech scene, and Stone’s latest venture, Jelly.

During the interview, Stone talked about Twitter’s growth and whether it will remain a top social media platform. He emphasized that Twitter is “extremely valuable” as it provides users with a live feed of different events happening around the world. “It’s this company that has its own life force to it…it’s this force that’s going to go on forever,” said Stone.

Since Stone left Twitter in 2011, he has been working on other ventures such as Jelly, a search engine that lets users ask questions that can be answered anonymously from different people. On the show, Stone talked about how despite the fact that Jelly hasn’t succeeded completely since its launch in 2015, he wants to bring it back to offer users a search engine tool that lets them seek answers to trickier and more subjective questions from people, rather than documents or web pages.

Kanwar suggested that Jelly offers an alternative to Google as it lets users ask questions that there may not be answers for on Google and other search engines. “You’ve obviously identified an area that you think is not Google-able,” said Kanwar.

As Stone tries to bring back and popularize Jelly, he told Kanwar and Croxon that he is planning to grow Jelly’s team by seeking engineers and developers from different tech hubs like Waterloo and Silicon Valley.