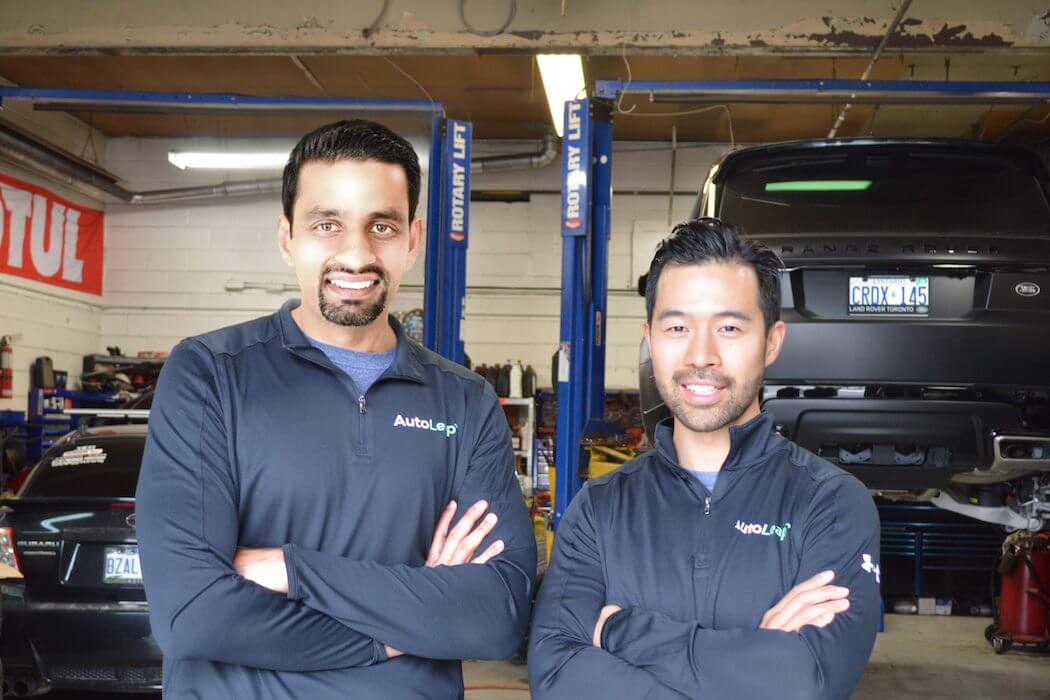 AutoLeap just got a jump start with an $18 million Series A funding round, announced October 1.

Bain Capital Ventures led the round along with Threshold Ventures. The round closed in early September.

AutoLeap plans to use the funds to invest in product enhancements, customer service, and increase its number of employees.

“The market feedback from our product has been pretty resounding, and made this opportunity more compelling.”
– Steve Lau, co-founder & CEO, AutoLeap

“The market feedback from our product has been pretty resounding, and made this opportunity more compelling,” Steve Lau, co-founder and CEO of AutoLeap told BetaKit. “So, for us, all the signs were there to double down on the business and continue pushing growth.”

According to Lau, since the startup launched its solution last year AutoLeap’s revenues have been growing rapidly month over month, and exceeding what he called the “traditional growth rate; hence the early Series A round.” Originally, Lau had planned the next raise for the end of 2022 into 2023.

Since AutoLeap raised its $8 million seed round in 2020, the company has tripled in size to around 50 people. Lau said he expects the size of the team to roughly quadruple over the next 18 months.

Along with the funding, AutoLeap gained a new board member. Ajay Agarwal, a partner with Bain Capital Ventures, and who has been named multiple times to the Forbes Midas List of Top 100 Venture Capitalists.

“He has a wealth of experience,” Lau said. “It’s not often you come across VCs with the depth of history and the proven record he comes to the table with.”

Lau pointed out that Agarwal’s experience is also relevant to AutoLeap’s target market. “He’s been a very early investor in a number of companies that have been very successful at servicing this blue-collar SMB-type industry that we’re targeting.”

With Bain, Agarwal has invested in the global logistics company, ShipBob; and FourKites, a supply chain visibility platform designed for transportation into yards, warehouses, and stores, among others.

AutoLeap’s early customers were in Canada, but the startup said the majority of growth now is happening in the United States. AutoLeap won’t release the number of customers it has for “competitive reasons.”

Lau described the firm’s core customer as the independent auto repair shop where you take your car to change the tires or oil. He conceded that the market requires some education about AutoLeap’s solution.

Lau recalls going to the repair shop as a kid with his parents. The way shops ran their businesses back then was “very old school” with a lot of pen and paper, according to Lau, who added: “You go to an auto shop today, chances are it looks almost exactly the same.

Lau noted that many of the garages have never had a modern all-in-one SaaS solution available to them before.

“Traditionally that modern software was very much focused on the enterprise type customer [who had] the biggest dollars to spend, which is why that value proposition going from old school pen and paper to modern SaaS solution is so compelling and makes our market efforts much more easy,” Lau pointed out.

Lau opined that while there’s a handful of players with a modern Saas solution in his vertical, it’s not as mature a market as others. “I think we’re in early innings,” he said.

AutoLeap co-founders Lau and Rameez Ansari met while studying at the University of Toronto Scarborough, where they formed a search fund called Highland Creek, named after the 38 Highland Creek bus that connects Scarborough Centre to the university.

The pair recently worked together as co-CEOs of FieldEdge, a company that provided SaaS field service management software to home service contractors. FieldEdge was acquired by Advent International in 2018, along with payment solutions provider Clearent, with FieldEdge subsequently merged into Clearent.

Obviously, Lau wasn’t done yet as an entrepreneur as he left Whitecap that same year to start AutoLeap with Ansari.

While it might be, as Lau says, early innings, the founder is concentrated now on growing the startup.

“From here it’s focusing on building the team and continuing to better service our customer,” Lau said. “Team, product and customer service: We want to double down on all that.”