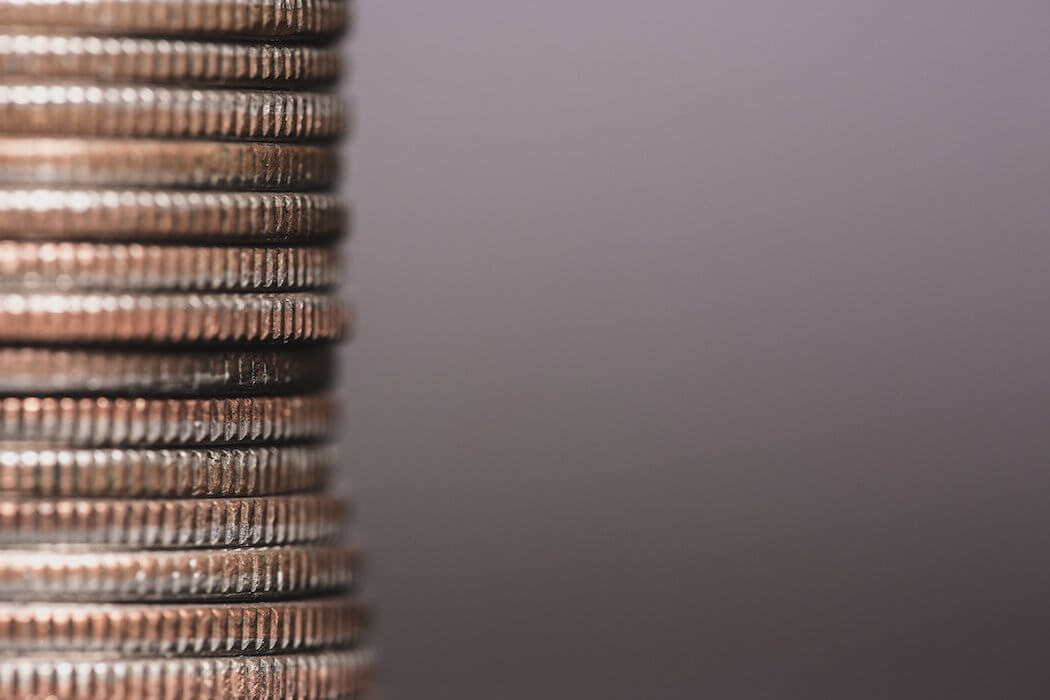 The CIO Strategy Council will release a draft of its minimum viable framework for consumer-directed finance by the end of 2021 or early 2022, BetaKit has learned.

But some involved in the process say it has become yet another venue for the ongoing power struggle between banks and FinTech startups over the future of open banking.

The forthcoming standard will address the consumer banking experience and is expected to be the first in a series of standards on consumer-directed finance.

“In the current state we’re in, indecision is a decision and inaction is by virtue an action at this point.”

The standard is meant to help government “de-risk” any future regulation, said Keith Jansa, executive director at the CIOSC, by drawing on the perspectives of industry, academia, civil society, and consumers to create a consensus-based approach. He said standards development bodies can also respond more quickly than government to an evolving technological landscape.

“Our intention here is to support and inform public policy and regulations,” he told BetaKit in an interview.

“In the current state we’re in, indecision is a decision and inaction is by virtue an action at this point, given the fact that we are in a situation where you have Canadians using alternative banking services or financial services from other institutions that aren’t your incumbents,” Jansa continued.

Industry standards created by the CIOSC and other accredited standards development agencies are voluntary. However, World Trade Organization provisions and the Treasury Board of Canada Secretariat’s policy on regulatory development require Canadian regulators to look at whether any international, national, or regional standards exist. If any do, regulators must either incorporate them or not regulate in a way that conflicts with them.

Jansa said he’s hopeful the forthcoming standards could be incorporated by reference into any future open banking regulation, and the CIOSC has been aiming to complete its work in line with the timelines laid out in the final open banking report.

Finance Minister Chrystia Freeland released the open banking advisory committee’s final report in August, after months of delays. The report called for the government to introduce the first stage of open banking by 2023, and quickly appoint an open banking lead to oversee its development and implementation.

Despite the report’s clear calls for action, the newly elected federal government has made no further announcements since. In October, The Logic reported that the Financial Data and Technology Association (FDATA) North America, Canadian Lenders Association, and Paytechs of Canada wrote a letter to Freeland calling for the government to clarify whether it plans to adopt the committee’s recommendations.

Independent senator Colin Deacon told BetaKit he’s “a cheerleader” for the CIOSC’s work, and for what he called “standards-based regulatory evolution.” Regulations are typically developed in a “black box” in Ottawa, Deacon said, and shared through the Canada Gazette, a little-known government publication. By the time consultations begin, the government has usually already drafted regulation.

“I would just hope that government, and the minister, don’t look at this when it comes out and say, ‘Aha, this is proof the market is figuring this out.'”

“Having regulations based on stakeholder-developed standards turns that process around, and puts the power…in the hands of the stakeholders,” he said. “They can build the road and make sure the foundation’s in good shape, and then the regulators can come along and put up the speed limits and guardrails.”

Dana O’Born, director of strategic initiatives at the Canadian Council of Innovators, said the council’s FinTech members have expressed frustration Canada continues to lag behind other jurisdictions on open banking regulations, and called the CIOSC’s work the “first major step in creating some clear rules around what interoperability would look like for FinTechs in Canada.”

But according to FinTech startups close to the process that spoke to BetaKit, the CIOSC’s standards development process doesn’t feel like a meaningful step forward. Instead, they said, it has been rife with struggles over their level of access in a future open banking system, and further underscores the need for government to move forward with regulation.

“I would just hope that government, and the minister, don’t look at this when it comes out and say, ‘Aha, this is proof the market is figuring this out,’” said Steve Boms, director of FDATA North America, in an interview. FDATA has been involved in the standard development.

“If anything, from my perspective, this is evidence the market can’t figure it out and is bumbling along, trying to do the best it can in an ambiguous situation. There’s no reason the CIO Strategy Council should have had to take this on.”

The CIOSC initially announced in February it would begin developing a standard, which Jansa said came after requests from stakeholders to dig into the issue. He declined to say which stakeholders requested the standards.

After an initial round of working group consultations in the spring, the CIOSC shared a first draft with the entire open banking group. A member of the Canadian FinTech community who reviewed the first draft described it as “highly problematic,” and said it received an “overwhelming” number of comments, which prompted the council to form a smaller technical committee in May and June to address them.

The first draft assumed a world where an open banking system would rely on banks to host authentication, consent and data transfer methods, they said, which would have given banks a competitive advantage over FinTech startups.

It also incorporated technological assumptions that don’t exist in Canada’s marketplace and relied too heavily on elements of Australia’s and the United Kingdom’s open banking systems, which they claimed wouldn’t work for Canada.

Another FinTech representative, who asked not to be named to speak freely about the consultation process, said the initial draft of the standard touched on limiting the scope of data needed for various applications, in an effort to get rid of screen-scraping, which gives FinTech startups access to all of their users’ banking information but is highly insecure. The proposal was something that they said would give banks a competitive advantage but could hamstring the market in the future.

BetaKit · Irene Zhou of Plaid on FI's and open banking

“How do we know which data we’re going to need? The way I see it, we’re building the backbone of an industry that can grow for the next 10 years. It’s not for me to say what data [future applications] are going to need or what consumers want in their financial data,” they said. “So if we really want to end screen-scraping anyways, just make all data available.”

Another member of the FinTech community said they got the sense the CIOSC was taken aback by the level of disagreement, and questioned whether the standard would ultimately go anywhere.

Boms, too, said he wondered about the utility of the process, pointing out that the standard will be entirely voluntary. He said that while language in the final standard might ultimately recommend financial institutions make data more available to third parties, there’s no obligation for banks to comply. If, on the other hand, the standard’s language is more favourable to banks, it’s “no different than the status quo.”

Jansa said disagreements between participants are very common in the standards development process, and disputed the characterization that the CIOSC was caught off guard.

“You’re bringing multiple stakeholders together with different interests to provide input,” he said. “The beautiful thing about standard setting is you have an ability to bring together [different perspectives]. But with a very rigorous, consensus-based process you’re able to work through those various challenges and oppositions and competing interests to effectively move the marketplace forward.”

“These squabbles will continue to occur. It’s been clearly stated by several of the banks that they still are the owners of [consumer] data.”

That can mean making compromises, Jansa said, and there may be components that are too polarizing to address immediately.

The tension makes it all the more important for people with vested interests to participate in the process, he said, so that their perspectives are incorporated into the final standard.

“If we receive a bunch of input from one interest group and…it looks as though, ‘hey, the CIO Strategy Council is going that way,’ it’s not a fair statement to say. All we’re doing is facilitating a process of bringing stakeholders to work through the various inputs that are coming in,” Jansa said. “Ultimately it’s not our decision as staff to decide what goes in or out of standards, it’s incumbent on our technical committee and stakeholders that want to engage.”

It’s clear that Canadian FinTech startups are tired of waiting and watching what they feel is minimal progress. At the Open Banking Expo this week, Montreal-based Flinks announced the launch of its own Open Banking Environment (OBE) in partnership with National Bank. The OBE offers not only a data access alternative to screen-scraping, but also accreditation criteria for startups looking the access that data – something called for in the advisory committee’s report but as of yet left undefined.

At the same conference, Roy Kao, open banking lead for CGI, claimed that whomever gets appointed as Canada’s open banking lead will see the role “as a punishment more than a promotion.” One US-based startup with operations in Canada and Europe told BetaKit that the two-year timeline to implement a functional open banking framework seemed “aggressive.”

Former finance minister Bill Morneau advocated at the event for a market-led approach to open banking and encouraged banks and FinTechs to work together, warning that infighting would bog down the system’s roll-out.

Deacon said he wasn’t surprised the standards process has been the site of competing commercial interests, and said it highlights the need for the federal government to move on the issue.

“These squabbles will continue to occur. It’s been clearly stated by several of the banks that they still are the owners of [consumer] data, and until that’s changed, they have no obligation,” he said.

“No amount of private-sector effort will go anywhere without the minister [of finance] making a strong statement, and the opportunity cost of inaction continues to grow.”

Similar disputes over commercial interests are reportedly occurring in the Financial Data Exchange’s API development work, and in individual negotiations between banks and FinTech startups or data aggregators.

Boms said FDATA’s members have been told by representatives of financial institutions not to put too much stake into the advisory committee’s report.

“Something that our members have heard quite a bit since the advisory committee report came out was, ‘Those are just words on a piece of paper. They’re not binding, that’s not necessarily how this is going to shake out. So we don’t put a lot of credence behind the committee report,’” he said.

“If there’s no commitment from the government that says, ‘if the advisory committee report says this is the way to go, it’s how we’re going to do it,’ we’re going to keep seeing these kinds of attempts to roll it back.”