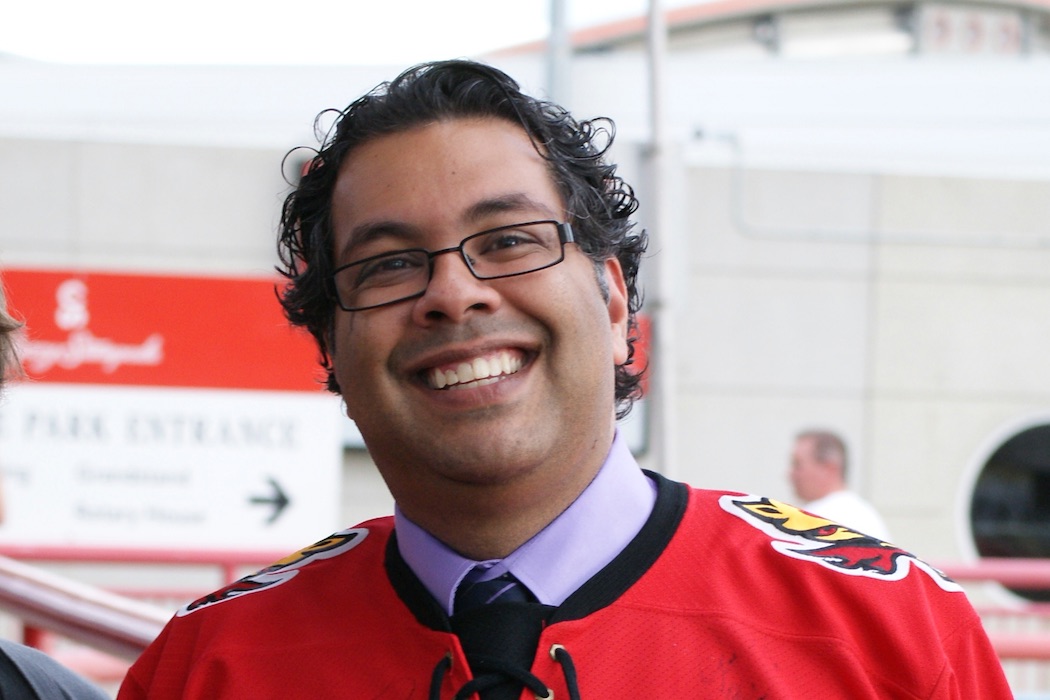 This week, Calgary Mayor Naheed Nenshi was in Vancouver for Globe 2020, a forum devoted to innovation in the era of climate change. Nenshi was there to pitch Calgary as a place where entrepreneurs come to solve tough problems.

BetaKit spoke with Nenshi about his strategy when it comes to making the business case for Calgary, and what lies in store for the region’s innovation ecosystem.

“Calgary’s a place where nobody cares where you went to school or who your daddy was.”

When Nenshi visited Vancouver for a similar trade mission in 2018, he was met with criticism that the trip was an attempt to “poach” Vancouver talent, which is currently a much-needed commodity across Canada. Nenshi told BetaKit he’s not one to give up an opportunity to pitch the city, adding lightheartedly “if I get the chance to poach people, I will.”

“But it’s more than that – everyone’s success is everyone’s success,” Nenshi told BetaKit. “When you’re looking at a market like Vancouver, that is a bit overheated at the moment … [Calgary] offer[s] a great alternative to businesses that want to expand and grow.”

After thousands of oil and gas jobs disappeared across the province in 2016, Calgary’s unemployment rate soared to one of the highest among Canada’s big cities. Unemployment has fallen since then, dipping to 6.9 percent in July, but Nenshi said the city currently has 2,000 open tech jobs. He said in order to scale effectively, the city needs to focus on attracting and retaining tech talent.

Looking outside its traditional industry of oil and gas, Calgary is focusing on seven areas of economic development, including renewables, financial services, life sciences, agrifood and agribusiness, and creative industries, among others. Nenshi said opportunity is abundant for technological innovation within all of those spheres, and his hope is that entrepreneurs looking to solve problems in those sectors will look to Calgary.

“When you think about problems and feeding seven billion people and supplying abundant clean energy to people, those are really big issues,” he said. “And those are the sorts of innovators that we want to attract.”

Nenshi has evolved his pitch in the last year to focus more on advertising Calgary’s quality of life to potential newcomers. He cited that entrepreneurs in the city don’t fight such a stringent war for talent because of affordability, as well as Calgary’s high ranking when it comes to livability. The case he makes is encapsulated in his slogan ‘live tech, love life.’

“There are real opportunities to work together.”

Nenshi still has desires and goals for the ecosystem that can be worked on within the city. One of his goals is to increase the overall capacity of the ecosystem, particularly in helping companies support one another.

“That’s where we really start to take off, when companies become other startups’ first customer, when they think together about overall growth and how they can help the entire ecosystem grow,” he said.

Another area of focus for the city is building an innovation corridor with Edmonton, which is a hotbed for artificial intelligence and robotics research. Nenshi said although it is challenging to connect two cities that are 300 km apart, the way that the cities’ post-secondary institutions work together allows talent to be mobile between the two cities.

“It’s not really like Waterloo-Toronto, it’s not like one is a satellite of the other,” he said. “But there are real opportunities to work together. We operate under the same provincial framework, which can be helpful for companies seeking that kind of consistency and stability.”

Ensuring that the ecosystem is inclusive is also one of the city’s undertakings. Nenshi said the city is “defiantly open to the world, in a world where closed seems to be the fashion.” He cited the success of recruiter MobSquad, which hires foreign tech workers moves them to Canada. He stated he is also a big proponent of the Startup Visa, and also wants to promote the role of women in the tech sector.

RELATED: Building a pipeline to tech talent in Calgary

“One of the nice things about Calgary is that it’s always been a pretty meritocratic place. I often say that Calgary’s a place where nobody cares where you went to school or who your daddy was and what your last name is,” he said. “They only care about what ideas you bring to the table.”

In October, Alberta’s United Conservative Party tabled its first budget. The party behind Premier Jason Kenney drafted a corporate tax reduction, a $65 million cut to artificial intelligence, and a $62 million cut to the ministry responsible for Alberta’s tech sector. The budget also included the elimination of the Alberta Investor Tax Credit and the Capital Investment Tax Credit. It has been argued that now that the tax credits are gone, provinces like neighbouring British Columbia now have a distinct advantage over Alberta in that area.

“I think that the provincial government made a mistake in cancelling those credit programs,” Nenshi said. “I still have lots of tools in my toolbox, but that was an important one.”

Nenshi said the provincial government is currently engaged in conversations now about replacing those more effective programs, although he wishes the old programs were left in place while Alberta waits for new ones. He said it’s tough for one city to completely fill the gap created by the provincial government cuts, but small venture developments like the Opportunity Calgary Investment Fund can help.

“Ultimately, we need a better tax incentive environment for investors in Calgary,” he added.

Another challenge for the ecosystem is balancing its reliance on the prosperous oil and gas industry with an increasing global need to address climate change. Nenshi said cleantech innovation and the energy sector must go together, as “many or if not all” cleantech solutions will come from the energy sector.

“We have a real move towards innovation that is required in the industry of providing people energy,” the mayor said. “And let’s not forget that even the most climate optimistic forecasts suggest that by 2050, the world will still be burning 80 to 85 million barrels of crude a day. Given that context, we’ve got to figure out how to make sure that those barrels are … as clean as possible.”

Nenshi said he thinks of tech as something that can be interwoven in every economic sector, rather than as an industry in and of itself. He believes Calgary has always been a centre for small business and for startups, and he’s excited to see that happen more within the tech community.

“If we get the next Shopify, great,” he said. “But we’re also very happy to have tech companies that are interested in solving real problems in the industries that we’re focused on.”