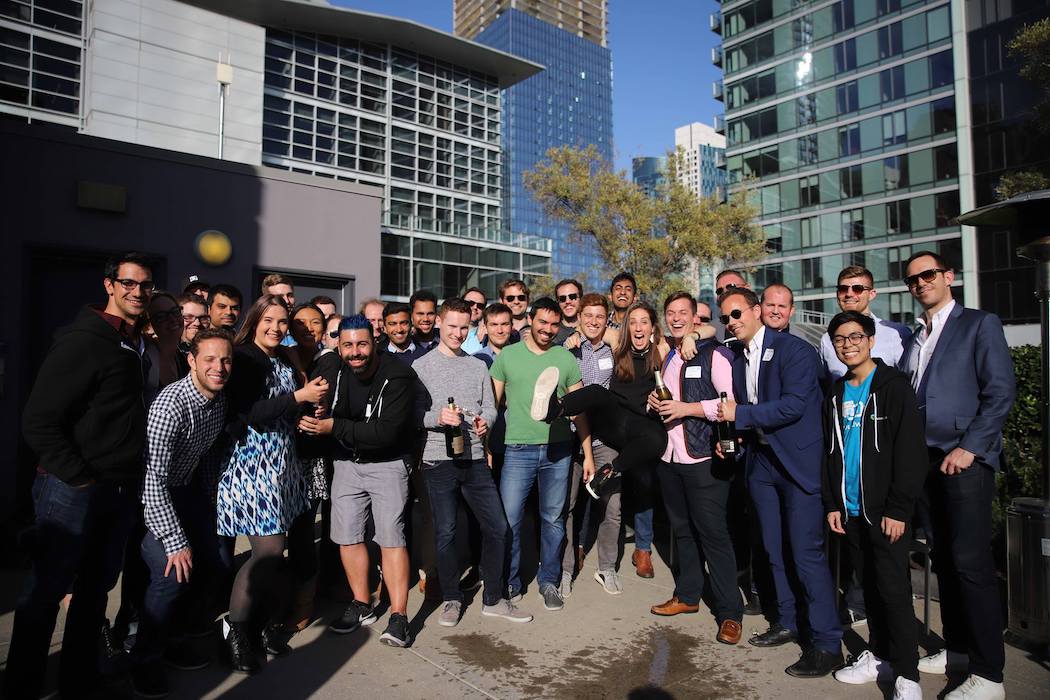 Earlier this year, BetaKit initially reported that Acceleprise, a SaaS accelerator and fund founded in San Francisco, had plans to expand into Toronto. The accelerator is now revealing more details on the upcoming expansion.

“With our growing SaaS ecosystem and incredible talent pool, Toronto will be a great home for Acceleprise.”

The first cohort of the four-month program in Toronto will officially begin in January. It is aimed at leveraging the city’s talent, while bridging the gap between Canadian and US founders, as well as investors. The accelerator said it is also hoping to close the gap between seed and scale, by opening its network of mentors and advisors to local startups.

“While we will always have a major presence in San Francisco, which remains a top market for SaaS startups, it’s become apparent that the SaaS ecosystem is rapidly expanding globally,” said Michael Cardamone, CEO and managing partner of Acceleprise. “Supporting early-stage entrepreneurs through our hands-on, go-to-market, and mentorship-driven program in markets like Toronto is the best thing we can do to help in building the global SaaS ecosystem and the next generation of great SaaS companies.”

The accelerator is a four-month program focused on B2B SaaS companies, giving them hands-on coaching on what Cardamone called “tactical topics,” such as pricing, sales, demand generation, hiring sales representatives, and making introductions to potential customers. The second component of the accelerator is tapping Acceleprise’s global network of investors, once a company is ready to begin fundraising.

Despite the fact that Acceleprise San Francisco has accepted Toronto companies into past cohorts, Cardamone said it was important to build out the program locally in Toronto. He said, aside from the talent and growth of Toronto, he also noticed a higher concentration of B2B SaaS companies in the city, which was fuelled the decision to give Toronto a closer look.

“We started talking to people in the ecosystem about the resources and capital available to companies at that very early-stage, [and] at the pre-seed stage,” Cardamone told BetaKit. “We found that there were definitely some resources, but a lot of people felt like there weren’t enough.”

He said Acceleprise’s ties to San Francisco and New York City will greatly benefit the Toronto’s early-stage founders, as well as the broader ecosystem. He cited Harley Finkelstein, who has previously spoken out about the value of Shopify having a Bay Area investor. Cardamone said companies should be able to bring the knowledge learned from the hypergrowth of San Francisco-based companies back home to build successful companies in Canada.

“We heard from a lot of founders in Toronto, how valuable it was to be able to have and make meaningful connections in the Bay Area and New York,” he said. “So I’m just really excited to be able to have a program locally in Toronto and enable these founders to then go out and spend chunks of time in our San Francisco office or our New York office and, in a meaningful way, connect with the ecosystems there.”

Acceleprise has created a team of Canadian founders and executives as advisors for the Toronto office, all of which have grown various SaaS companies. These leaders include Kerri Jankelow, head of sales for Canada at Square, Jonah Midanik, founder of Limelight (an Acceleprise alumnus), and Bocar Dia, former early sales leader at Hootsuite. Acceleprise is still looking to fill leadership positions for the location and is still searching for a program director, as well as a program manager, and a venture associate.

“With our growing SaaS ecosystem and incredible talent pool, Toronto will be a great home for Acceleprise in the years to come,” said Jankelow. “Acceleprise’s deep networks in SF and NYC will be an amazing resource for early-stage SaaS founders north of the border.”

When BetaKit first reported Acceleprise’s expansion plans, the organization noted it was attempting to raise a $5 million CAD fund that would be focused on investments in Canadian companies. Rather than creating a seperate Canadian fund, Cardamone said Acceleprise decided instead to raise for its existing US fund, and up its standard investment across all of its locations (San Francisco, New York, and Toronto). The accelerator is now offering cohort companies up to $100,000 USD. Acceleprise stated that the increase in funding is intended to provide teams with the resources needed to reach key early milestones. Cardamone said the final close of the US fund will be announced later this Fall.

The accelerator claimed that its more than 120 companies have raised over $170 million in follow on funding to date from funds like Founders Fund, Menlo Ventures, 8VC, Susa Ventures, NEA, and True Ventures, among others. Acceleprise is actively speaking with companies for its first cohort, and applications for all three locations are now open, with the first Toronto cohort due to begin in January 2020.

Calgary and Silicon Valley-based network design startup GNS3 has successfully crowdfunded over $600,000 from 13,000 contributors on Tilt Open. The company ended up surpassing its…