On the tail of Shopify’s announcement of its Waterloo expansion, Communitech hosted founder and CEO Tobias Lütke for a casual chat (with 200 plus of the KWR’s closest tech friends).

Humble but confident, Lütke gave a look into his journey of building Shopify into Canada’s tech darling – with a lineup of funny stories and one-liners along the way. So here are the top nine takeaways for startups and their founders, from ‘the Man Behind Shopify’.

1) Be clear on what you are and where you want to go.

When asked what his biggest challenge was in building Shopify to where it is today, Lütke admitted it was actually knowing WHAT Shopify was, and what he wanted it to be. For a time, it was a solution to sell a stockpile of snowboards lined up in his garage. But at a point Lütke asked himself, was it going to be a lifestyle business with 20 employees? Or could this be a growth company that could really shake up the world of e-commerce?

When Lütke ran a series of product experiments that all generated ROI within a month, he knew he had a formula to replicate, and took it to investors from there. Of course, they “seemed to like that,” and as Lütke recalls, “that was a good round.” And so a growth company it was.

Like with his approach to products, Lütke prefers to run continual experiments across Shopify’s business. From core tech features, to company perks, to major operating systems, continually pushing the boundaries on what’s possible, or approaching things in new ways is categorically the only way to find the best possible solutions.

That being said, experimentation can be scary, especially with established fixtures and processes. The trick: convincing a team to move forward with bold concepts is always easier “when you promise they can go back to the old system” if things don’t work out for the better.

3) Ask yourself what contributions you can REALLY make to the business – and grow.

As a classic tech “nerd,” Lütke has always identified himself as the product guy. While preferring to retreat and write code, he eventually stepped beyond the dev role to take on – and embrace – the new territory that came with being a CEO. Lütke constantly asked himself what inputs he could make, and committed himself to mastering new skills like investor relations, PR, and dare we say it, taxes. Lütke said that he kept an open mind and allowed the learning curve to actually be a fun challenge.

4) Hire for optimism and potential (and hire slowly).

Shopify is undoubtedly one of the most sought-after Canadian companies to work for. So naturally the company can be quite choosy when it comes to building the team. But Lütke explained that the company’s recruitment approach includes a preference to draw from multiple degrees/programs of study (or no degrees at all), diverse backgrounds, and placing a high priority on an optimistic attitude. Lütke prefers to learn about candidates, what makes them tick, and what they’re passionate about, as it tends to be a good indicator of how they pour passion into their work as well. Overall, Shopify is most interested in hiring people who “care a lot about what they’re doing, and have a high potential for growth.”

5) No one has figured out how to build “the perfect culture” – because there’s no such thing.

One topic that’s always at the forefront of Shopify’s golden reputation is its seemingly stellar culture (think office slides, catered gourmet meals, and open white-boarding sessions as far as the eye can see). But Lütke thinks the notion of creating a perfect culture is a ridiculous one. In his own words, “culture is a cross-section of all of the people in the company, at any given time.” And, of course, this is always changing.

Lütke also thinks there’s a bit of magic in proximity, and laments continual requests for tele-working. In his eyes, a building full of smart people working on cool things is “the most amazing thing on this planet.” Overall, bringing together passionate people who are motivated to work on incredible missions produces the best culture by default.

Lütke is often asked what the magic bullet is to creating a world-class technology company. His appropriately tech-centric metaphor is a clever one: one of the biggest flaws in “human firmware” is our tendency to copy or replicate the behaviours of others, expecting the same results (i.e. company 1 did A, B, and C, and were successful. Therefore, if company 2 does A, B, and C, they’ll see the same success). There is of course no way to build a repeatable formula for company trajectories – there are just way too many variables for that reality to exist.

After hearing multiple accolades from Shopify merchants attributing their growth directly back to the platform, Shopify was inspired to build a solution to enable just that. Early in 2014 the company launched Shopify Plus, a white label solution for large companies and high volume customers. This expanded opportunities for Shopify merchants to actually build their companies through the platform, rather than using it as a tool to enable standard operations.

8) Build a company that people can trust.

Lütke was driven to build a reputable, credible company that stakeholders could put their full trust in. Initially this goal was aimed at customers and investors, and Shopify quickly demonstrated that it could be completely trusted in its decision making, mission-charting and ambitious expansion. This was, of course, the key to taking it to the next level, and operating within the public’s trust as well.

The transition to public-rank has been rather seamless according to Lütke. “There’s not much of a difference” since Shopify IPO’d in May of this year. Integrity goes a long way.

So what’s the ideal scenario in the world of tech innovation? Lütke says companies are converging and building an expansive “family tree” of inspiring players that build “amazing things out of nothing.” Working together, leveraging each other, championing each other; which coincidentally, is the main reason he expressed such a deep love and attraction to Waterloo. Hopefully not too pie-in-sky in nature, it’s Lütke’s aim and wish to see this happen across Canada in the future. 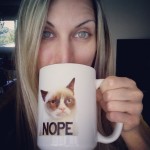 Danielle Smith is living her dream as Ryerson DMZ's Community Liaison. Her #1 passion is connecting and supporting entrepreneurs in all stages of their success, while fostering the incredible startup ecosystem in Toronto and beyond. When she's not attending meetups or tweeting high fives to amazing people in the community, you can find her sipping single malt and hanging with her 4-legged bestie, Zoey.

PetBot uses AI to let your pets send you selfies

PetBot, a recent pitch on The Disruptors, has developed a device to change the way people interact with their pets while they’re away from…